In an autumnal blossoming of his art, he found fresh inspiration with skilled musicians who honored the Jazz traditions he’d always lived by. An intimate portrait and Goudie’s most personal music emerge from recovered broadcasts, jam sessions and casuals. 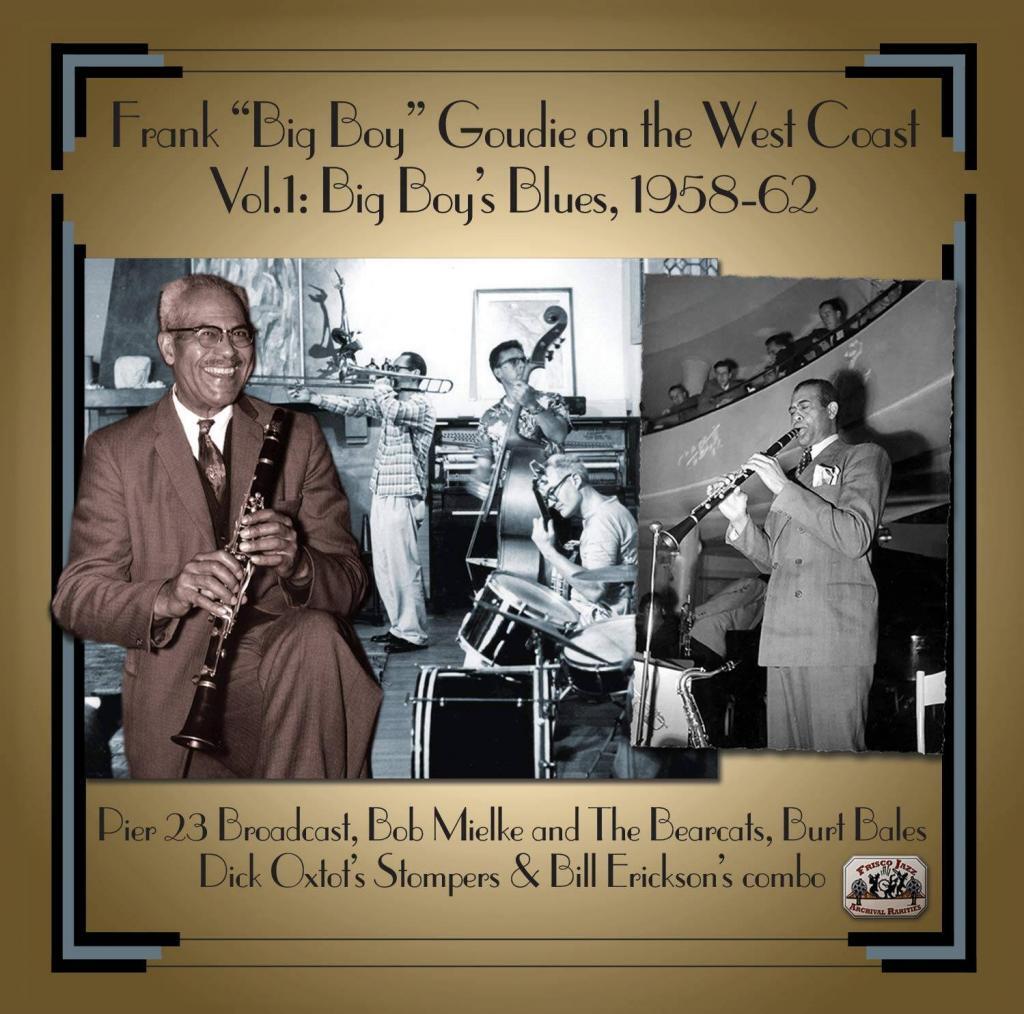 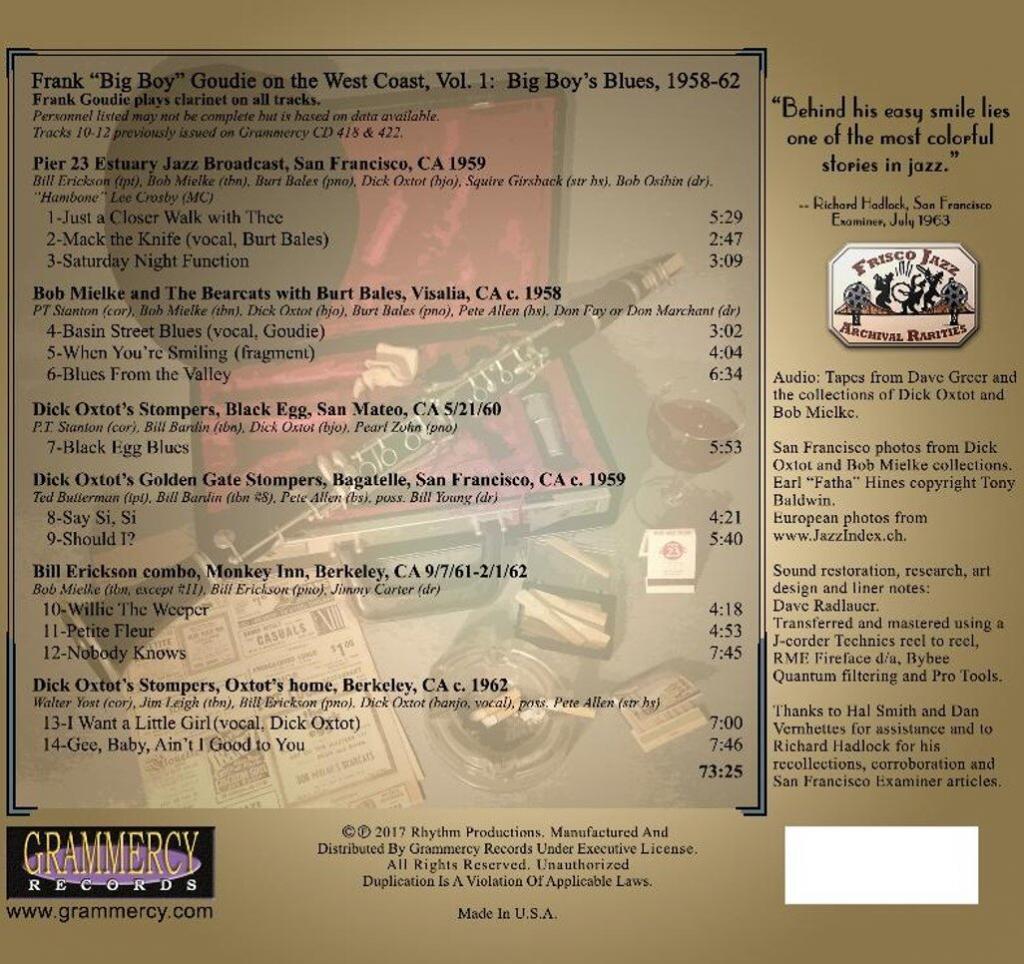 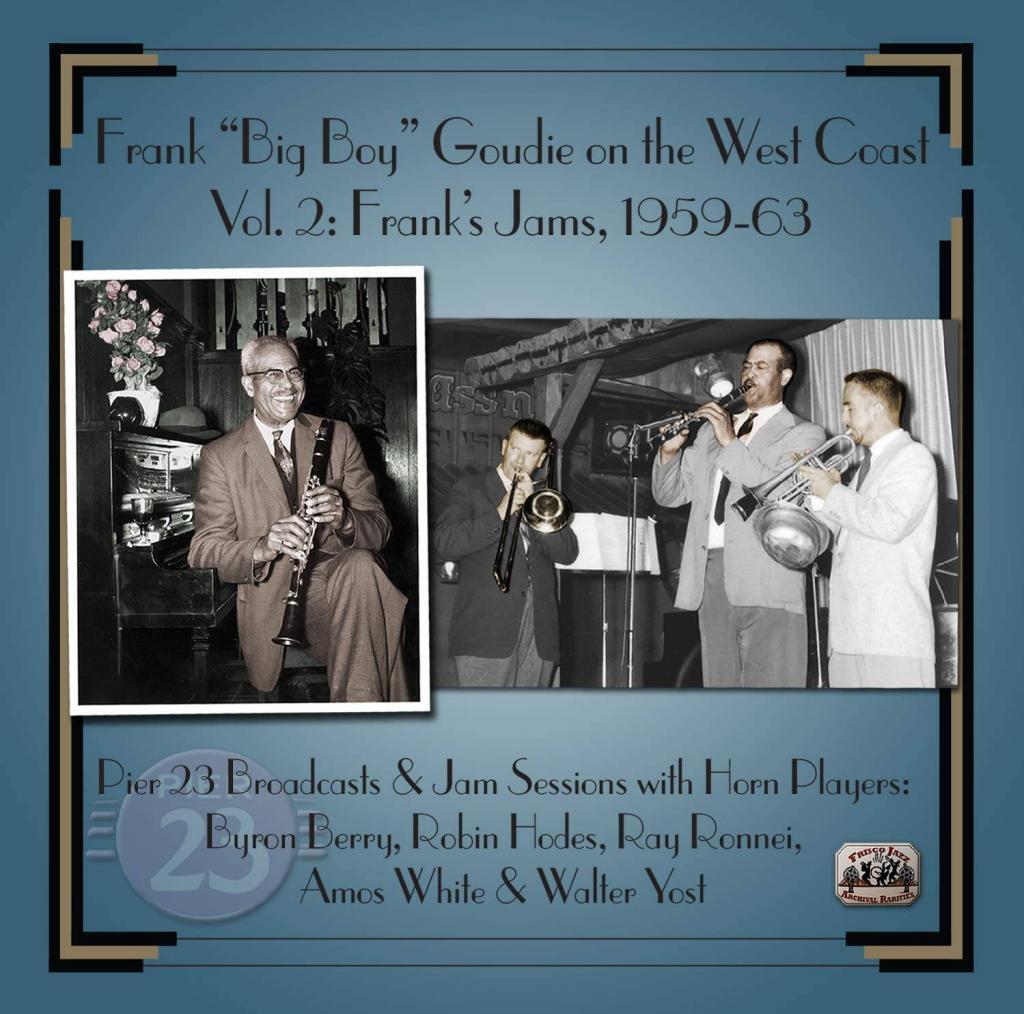 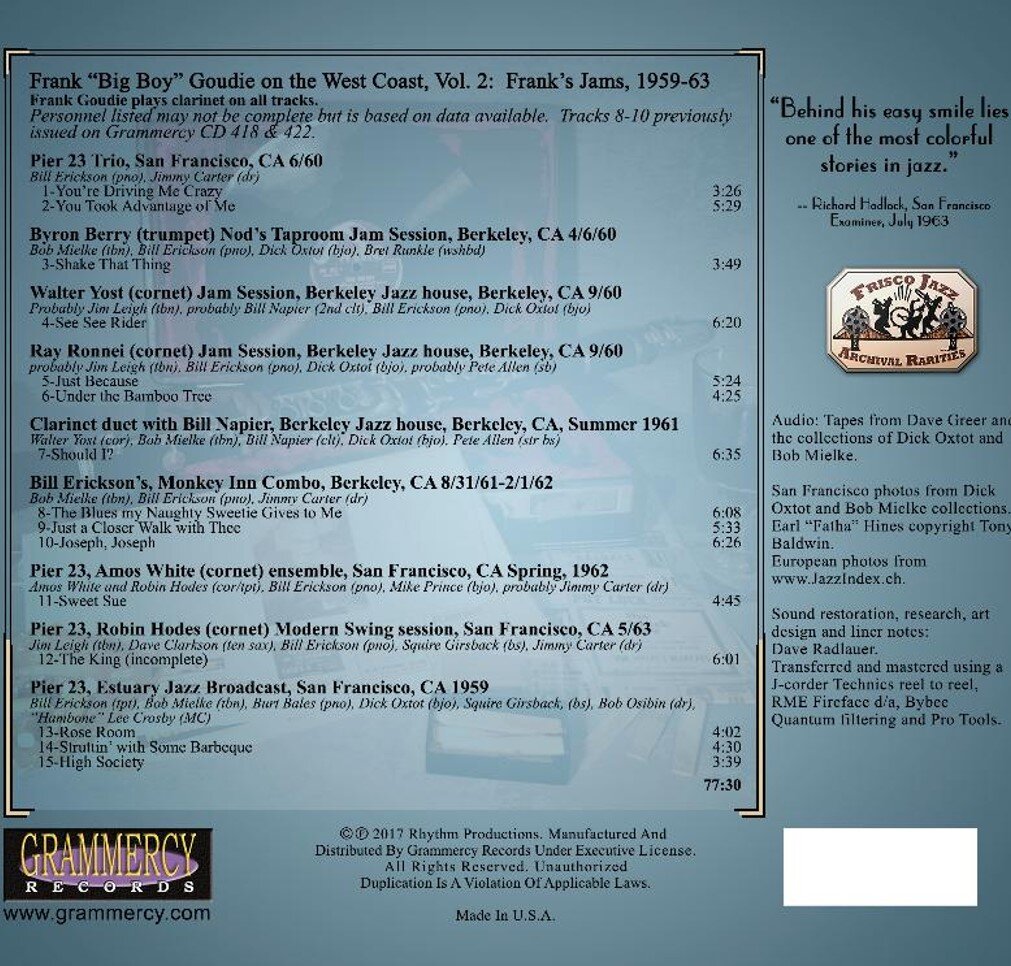 A sonic spectacular, this is the first release of Bill Erickson’s audacious piano improvisations.  For Frank Big Boy Goudie, it’s only the second title issued under his almost-forgotten name.  This combo was co-operative, adventurous and musically sophisticated, with direct ties to early New Orleans. 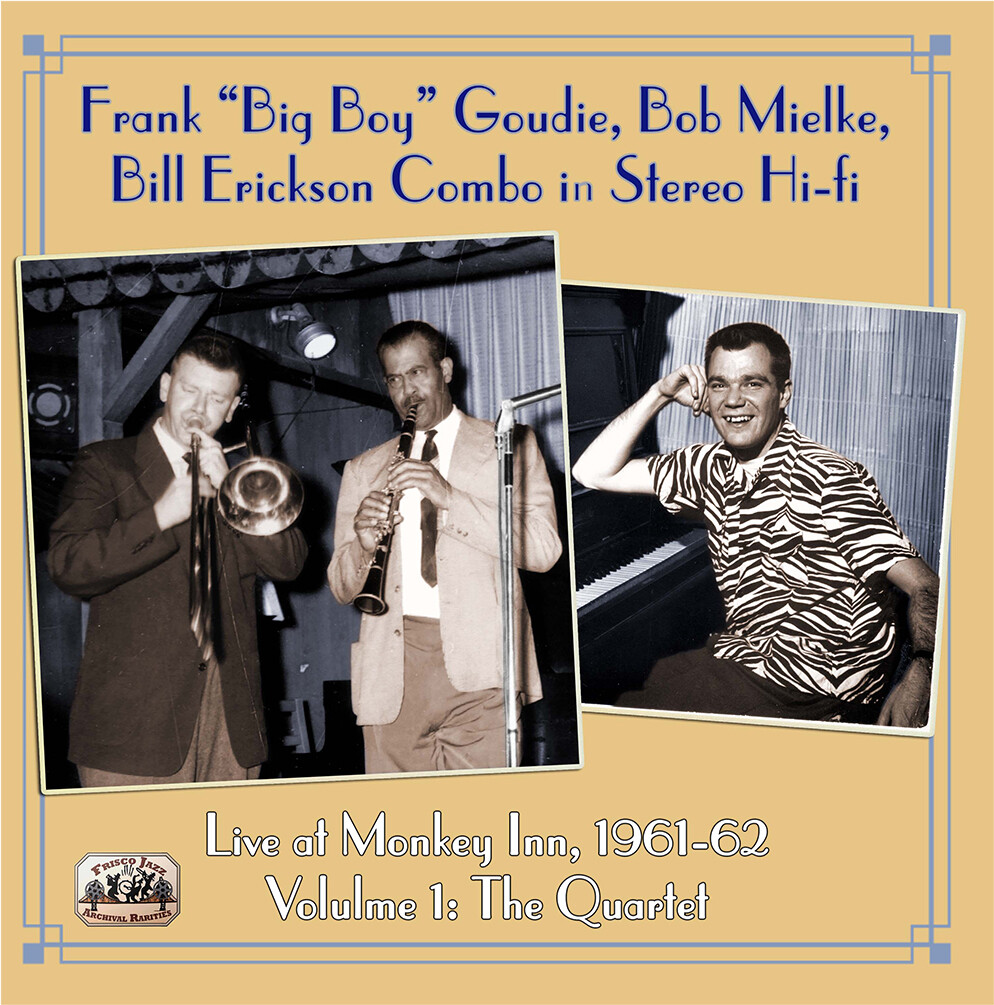 Introduction to this swinging combo and Erickson’s imaginative piano style. 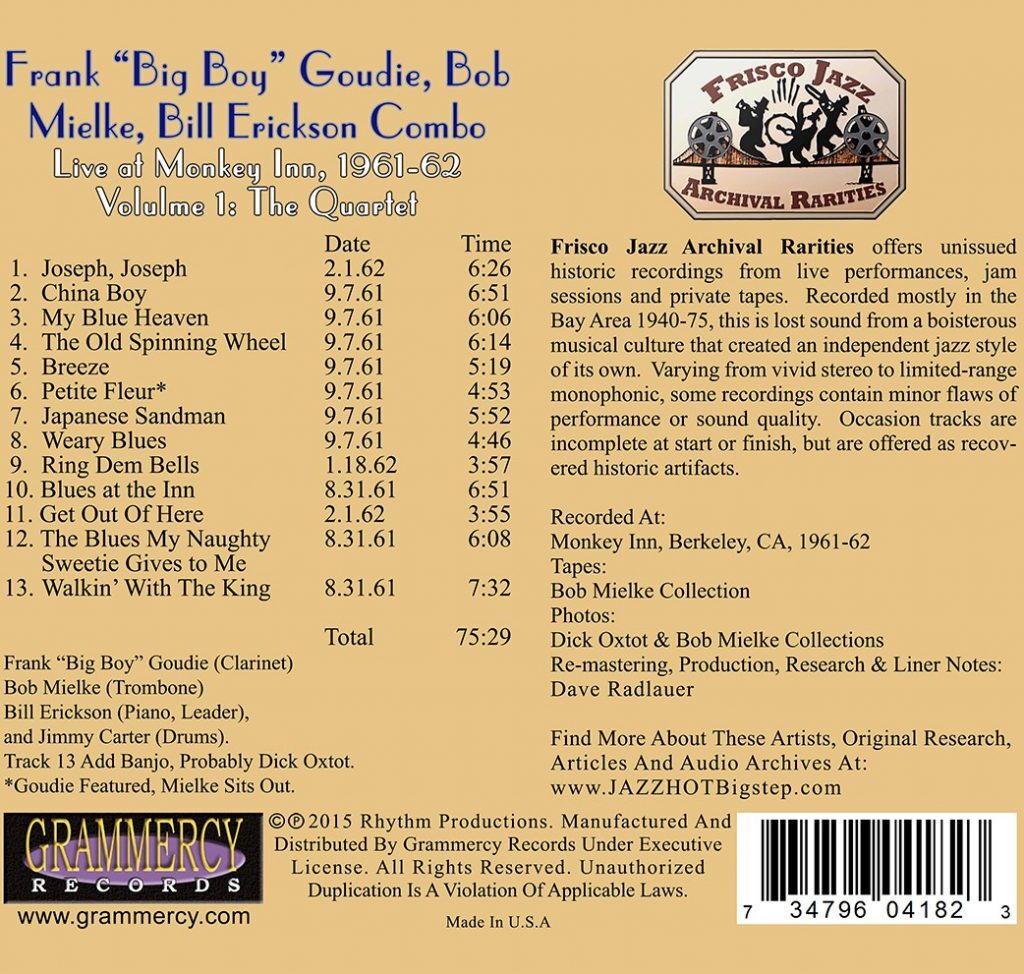 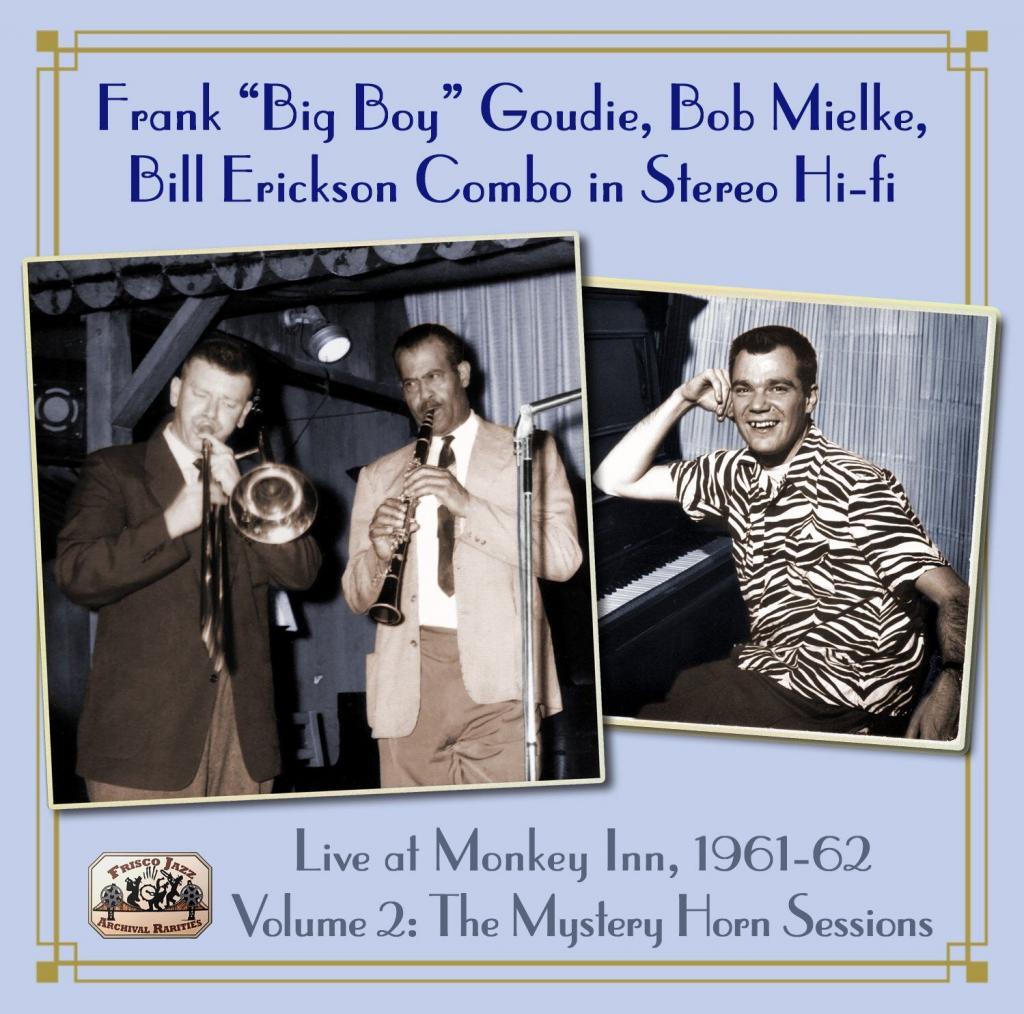 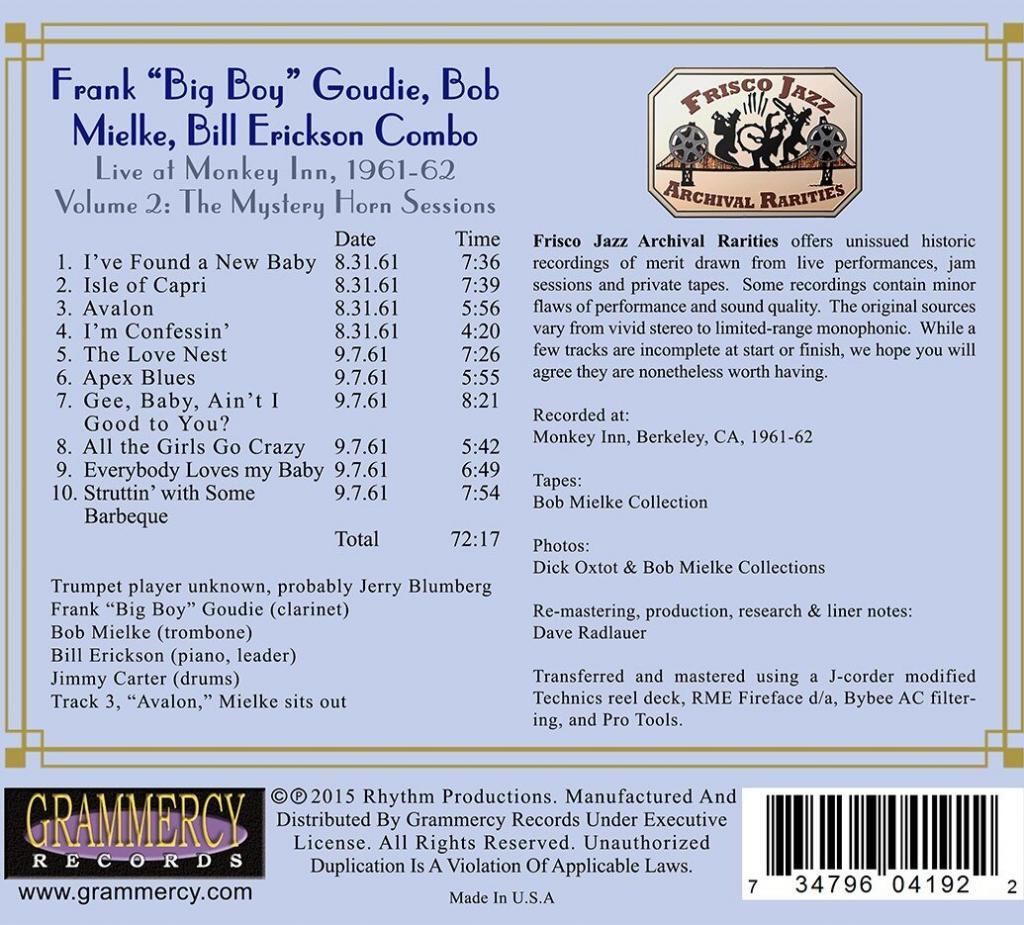 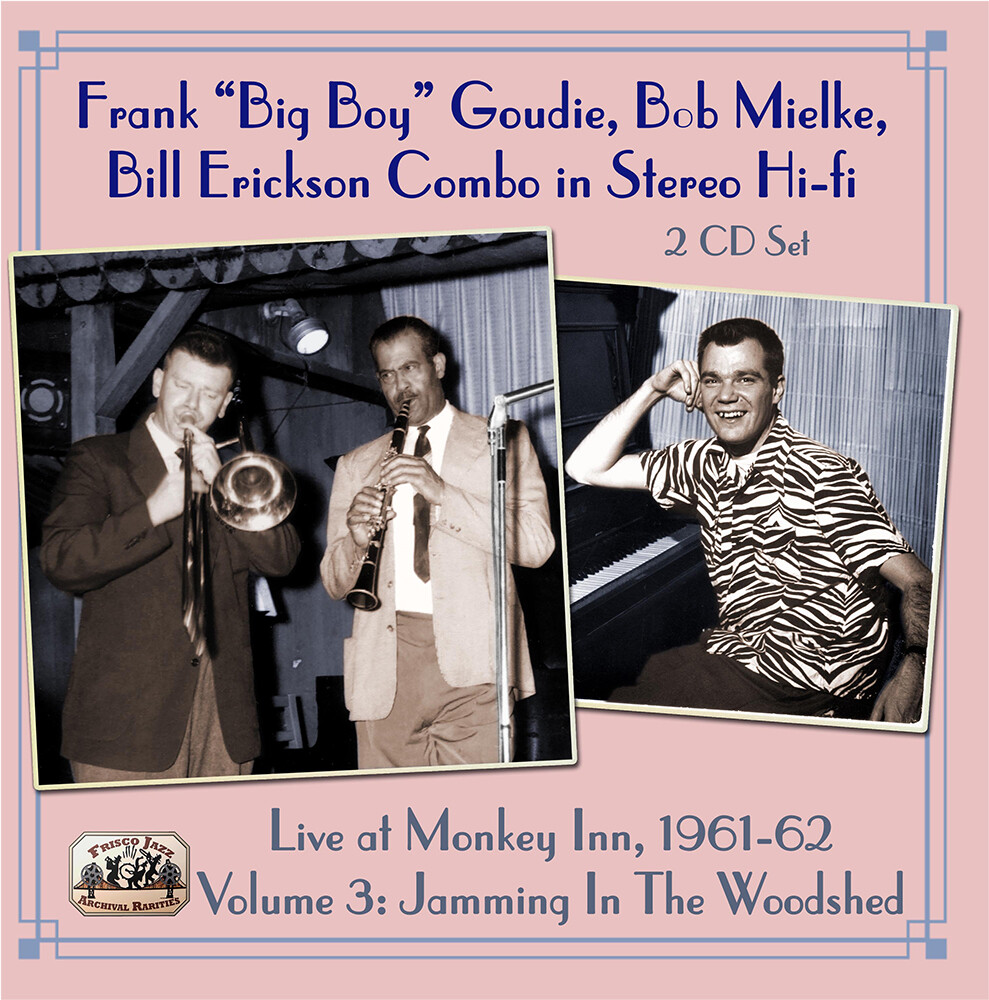 Vol. 3, Quartet and Quintet: From the Woodshed

A double serving of classic jazz, popular favorites and swing played by both the quartet and quintet. 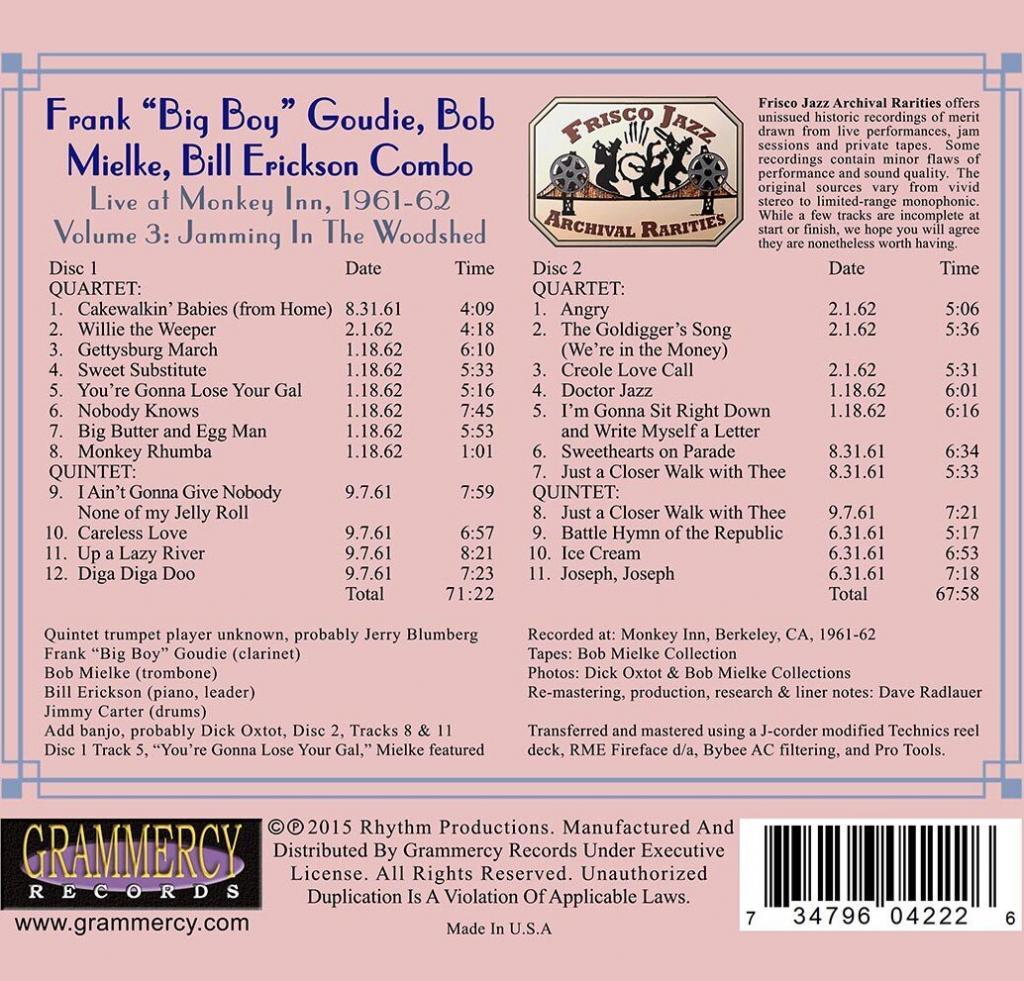 New Orleans and the Southwest 1917-24:  Born near New Orleans, he was a journeyman jazz cornet player before 1920. Moving to Texas, he went on the road in the Southwestern states and Northern Mexico.

Paris and Europe 1924-39 and 1946-56:  Big Boy became quite popular in Paris. Focusing on tenor saxophone, he easily made the transition to Swing.  For nearly three decades Goudie worked, recorded or jammed with the jazz elite of Europe — except during the Second World War.

South America 1939-46: Unable to leave South America until the war ended, Frank played Latin dance music, Samba-swing and Jazz when he could, encouraging a nascent jazz movement. He and wife Madeleine operated a small cafe in Rio de Janeiro and traveled the continent.