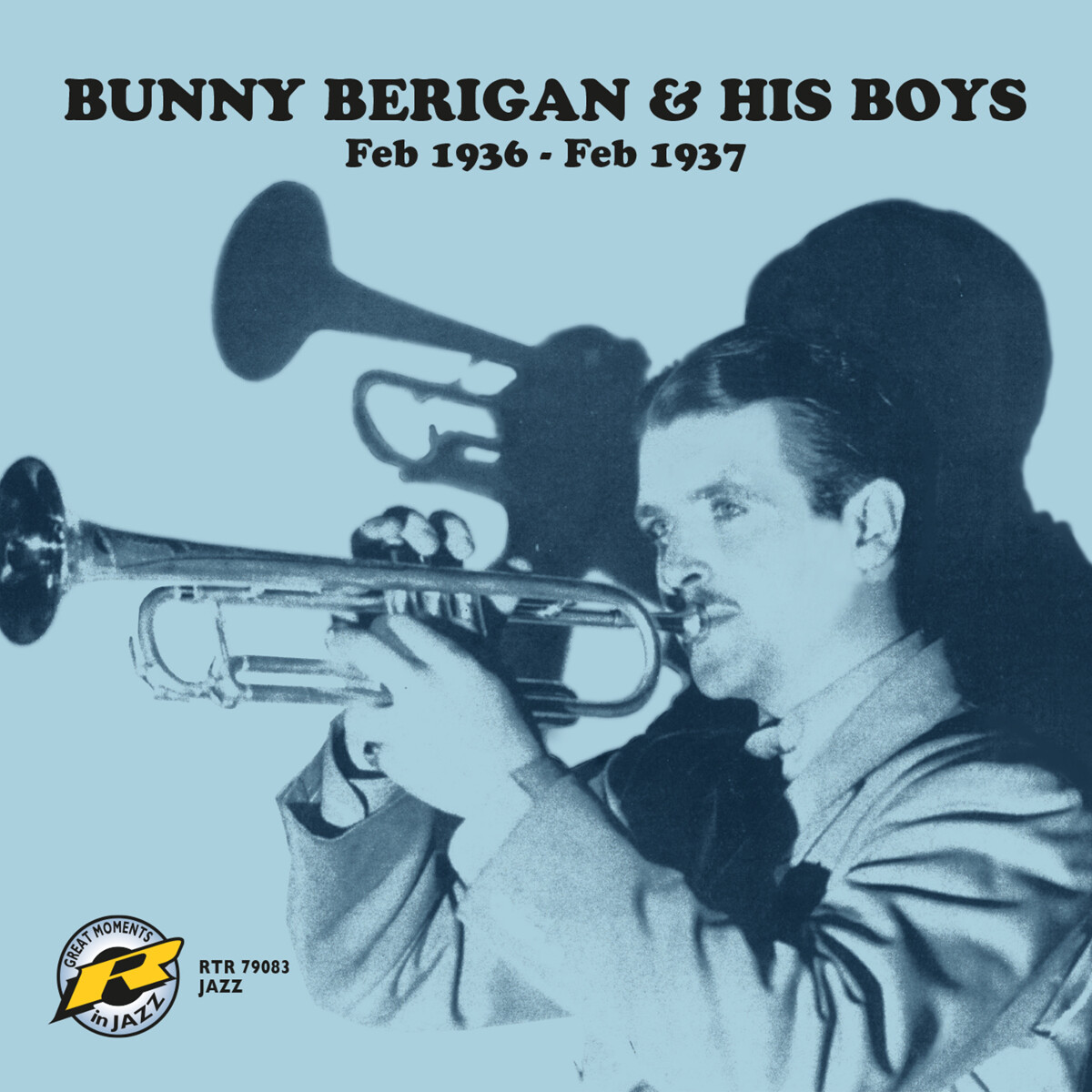 One of the greatest trumpeters in jazz history and an exciting musical force throughout the 1930s, Bunny Berigan led big bands during 1937-42 and starred on hit recordings by the orchestras of Benny Goodman and Tommy Dorsey. However, as can be heard throughout Bunny Berigan & His Boys, he was at his best when he was part of freewheeling combos.

With the exception of a session from 1935 with his “Blue Boys,” all of Berigan’s small group dates as a leader prior to the formation of his big band are on this single CD. The 24 selections from 1936-37 include such notable sidemen as clarinetists Joe Marsala, Artie Shaw, and Matty Matlock, tenor-saxophonists Bud Freeman and Babe Russin, pianist Joe Bushkin, and drummers Dave Tough, Cozy Cole, and George Wettling.

The size of the groups range from seven to 11 pieces with the final two sessions having the feel of a small big band. While there are vocals by the always-enthusiastic Chick Bullock, Art Gentry, and Johnny Hauser, the most memorable singing is by Berigan on “I Can’t Get Started,” recorded a year before his famous big band version.

Virtually every song has exciting Berigan trumpet solos, particularly “It’s Been So Long,” “Let Yourself Go,” “Swing, Mister Charlie,” “A Little Bit Later On,” “That Foolish Feeling,” and “Blue Lou.” The Bullock numbers are especially stirring with Berigan, who arguably ranked second to Louis Armstrong during this era, really pushing himself and showing that he was at the peak of his powers.