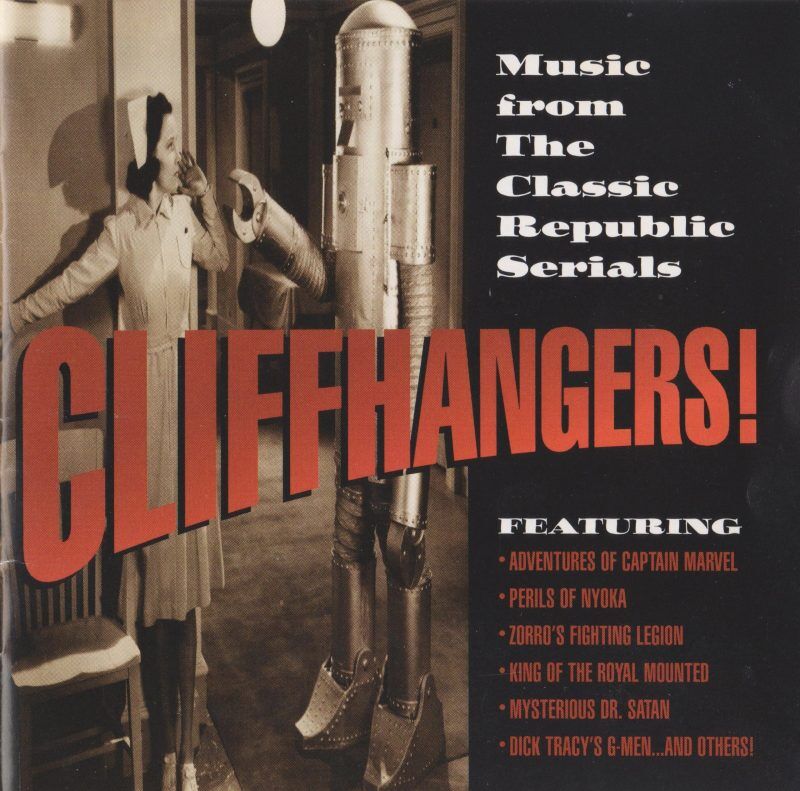 Remember going to the movies on Saturdays and seeing cliffhanger serials? These were sometimes sandwiched between a double-feature Western. I doubt I ever saw a complete series of any cliffhanger because it might be two weeks or even a month before I was in the theater again to see the subsequent installments of a hay-burner, a jungle flick, or a robots and rocket-men sci-fi film.

Recently I came across a CD at a local thrift store that was made up of no less than thirty-five musical tracks from the old Republic cliffhangers. No dialogue or sound effects, mind you, but only the background music that set the mood for the action on the big screen: the throbbing drums of restless natives or Western-themed melodies suitable for a Red Ryder saga or the minor chord progression signaling the approach of an evil operative or his minions.

The first music heard was usually a sort of overture, giving the name of the serial and showing the lead actor and actress while the audience would hear the protagonist’s theme music and get hints at what was to come. A sinuous oboe or bassoon might indicate there would be snake charmers, or at least serpents, in the movie. And don’t forget the accelerando “chase scene” music.

While most of this music was not as memorable as, say, John Williams’s ominous cellos in the movie, Jaws, or the theme music from Lawrence of Arabia, the music of the serials was an important part of the music of the 1930s, ’40s, and ’50s.

As the liner notes tell us, the Republic Studios “were the matinee kid’s best friend.” Admission might cost all of one thin dime and with another dime or two, there was soda and popcorn to be had and hours of entertainment ahead.

For those who might be interested, the Republic Music Archives are housed at Brigham Young University, where James V. D’Arc is the Curator of the Arts and Communications Archives at the time of this CD’s release.

It might be interesting to play some of this music as background to accompany your home movies. Just think about the possibilities….

Cliffhangers! Music from the Classic Republic Serials
Available on Amazon or any streaming service 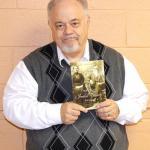 O.C. Stonestreet has been a Statesville, NC Record & Landmark newspaper columnist for 13 years. He is also a retired history teacher and was a brass player in the U.S. Navy Band in the 1970s. O.C. recently discovered ragtime and has become a genuine enthusiast. He and his wife Judy live outside Statesville.