Frederick Hodges • Up and Down the Keys 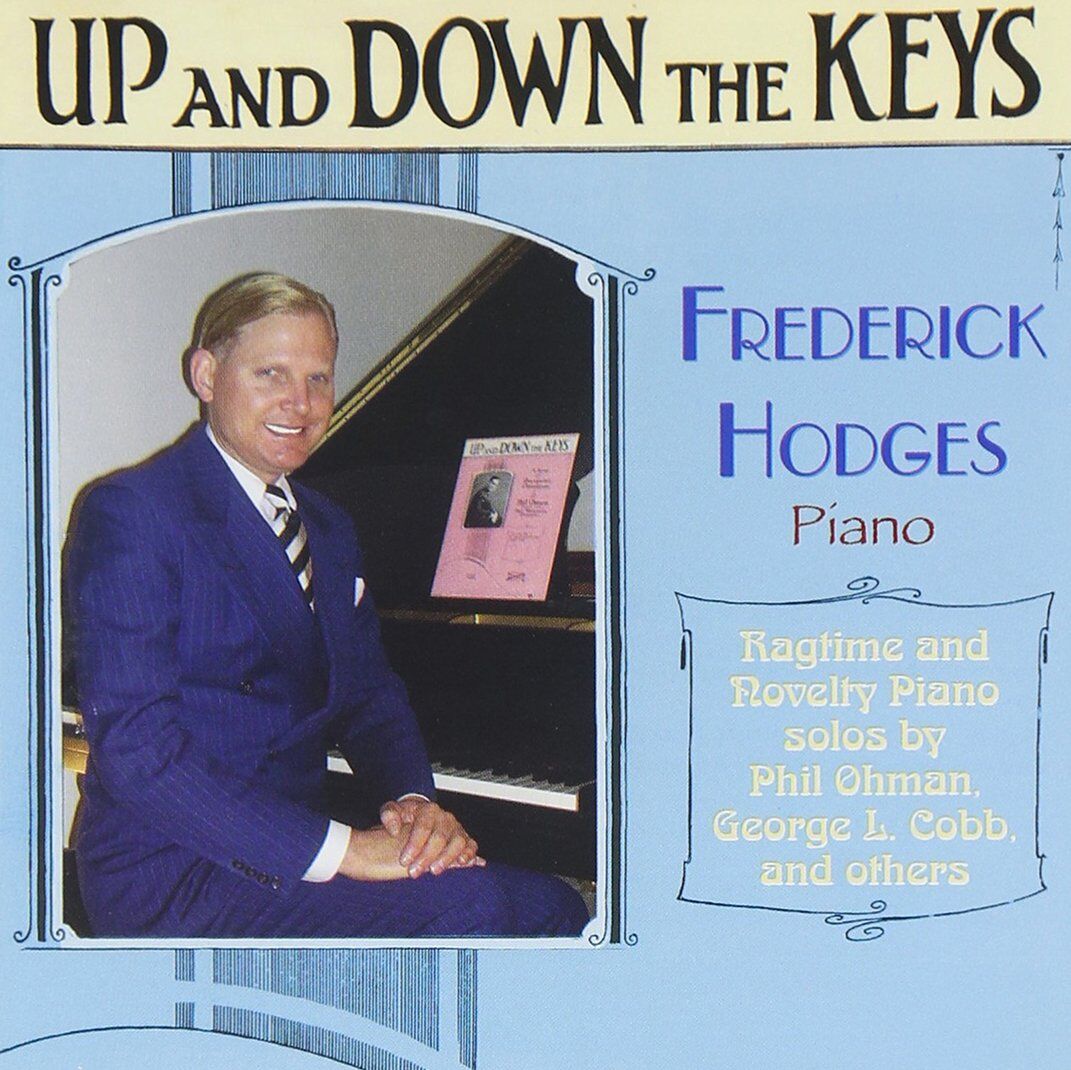 This CD is a true treasure!  Frederick Hodges, who has earned a deserved reputation as a fine interpreter of novelty piano music and difficult forms of ragtime, has assembled the known works of Phil Ohman (most of which are so challenging that almost no one else plays them), an unknown syncopated suite by George L. Cobb and many other complex ragtime compositions.

Ohman’s novelty rags are the first nine titles on the playlist and while most of us would fit the description of his title Try and Play It, Hodges runs Up and Down the Keys as if were child’s play.  It’s wonderful to hear these compositions brought to life after hiding in obscurity for so many years!

George Cobb’s Dementia Americana – A Super Syncopated Suite was copyrighted in 1925 and fits well into what was then the “Novelty Piano” period.  Its four sections, Static and Code, Hop House Blues, Owl on the Organ and Savannah Sunset, are all mysteriously named with seemingly little bearing on the music itself, which in each case is unique and provoking.  This suite is truly a lost gem and Hodges does us a great service by providing its first-ever commercial recording.

Not to be slowed down by Ohman’s and Cobb’s challenging pieces, Hodges adds some more daring works by Arthur Schutt (Bluin’ the Black Keys), Luckey Roberts (The Music Box Rag, Shy and Sly) and Mark Janza (The Lion Tamer Rag*), all of which are played seemingly with the greatest of ease.  Apparently he still had some notes left over because he infuses them into Joplin and Hayden’s Something Doing, Cobb’s The Midnight Trot and Milton Delcamp’s Rackety Rag, giving each a richer, fuller performance than per the scores.

The recording sparkles with energy, the liner notes are extensive and authoritative and the overall package is very attractive.  This CD by Frederick Hodges belongs in the library of everyone who truly cares about ragtime and novelty piano music.  Highly recommended.

Available from www.frederickhodges.com or Amazon

Up and Down the Keys
Frederick Hodges, piano
Aristophone Records CDFH102

(*Note:  Hodges claims that Mark Janza was a pseudonym for Albert Marzian, a publisher and composer from Louisville .  This claim is further buttressed by “Perfessor” Bill Edwards)