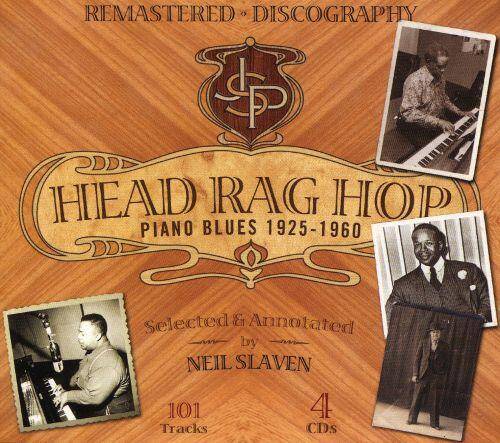 Blues pianists differed from blues guitarists in that, unless they had a steady engagement, they had problems with the condition of their instruments that they found at jobs, and they were obviously never street musicians. At clubs and bars, the pianists were generally expected to function as one-man bands, as entertainers, and usually as singers.

Ranging from solo pianists (with or without a vocal) to small combos, these recordings are of consistent high quality. While one could argue for the inclusion of some other selections (I think George W. Thomas’ groundbreaking “The Rocks” from Feb. 1923 should have led off the package), there is no debate that there is an awful lot of great music to be heard during the five hours of this set. Even listeners who are strictly early jazz fans will find much to enjoy in this collection of slow blues, fast stomps, and boogie-woogie records.