Each month, it seems, represents a newer normal. Normal wants to update itself relentlessly, much like my Windows operating system—usually at no small inconvenience and without making matters immediately better. I’ve been babying my computer along, hoping for no great upheaval that will render it non-functional. I have been less kind to myself, subjecting my system to numerous shocks and stresses attendant to life in AD 2020. Of course, I can replace my computer (however much I dread having to do so); blowing a fuse on my own Central Processing Unit would likely result in a forced vacation of indeterminate length.

I would treat myself more delicately but as a citizen of this republic I am daily commanded to Pay Attention and to Pick a Side. If you are of a temperament similar to mine (and there’s absolutely no reason why you should be) let me reassure you right now that I have no intention of heading toward the grandstand with my megaphone. I am not here to exhort and to scold. I am not a bully and this rickety soapbox (which might give way any moment due to the weight I’ve gained during quarantine) is not a pulpit. I’m not going to project my virtue on the side of a building like a free neighborhood movie—though it otherwise be assumed that I have none.

The static (such as resides in my attic) is nonetheless intense. Except for a few excursions, I have hardly been out of doors since mid-February. The on-switch of the radio is always within reach, and operating it never brings good news. Though it may bespeak poor public service to some, our regional classical music station has eliminated hourly news bulletins entirely. For that blessing, and because they have finally repaired their local transmitter (which was struck by lightning last summer), I am actually inclined to send them a donation. It’s been jarring to have Brahms or Chopin interrupted at a minute past the hour by a five minute intermission of outrage, disease, and ghastly absurdity.

There is plenty of actual news available with a slight twist of the dial—and people analyzing and spinning that news according to their various agendas. I tend to dwell in the lower reaches of the FM band, but were I to drift northward or onto Standard AM Broadcast, I would hear a whole different set of views—with the common thread being that voices across the spectrum are shouting and browbeating. What we have right now in this country is not so much a Civil War but a Scold War.

It is a cacophony. Determining who is on the side of the angels is practically a coin-toss. There is much to deplore and nobody much to root for. Movements are co-opted and events are instigated. I’ve occasionally said that empathy is not selective, but at the moment I’m inclined to lie low and let everyone else fight it out. I am for fairness, justice, and equality—just as I’m for kindness, compassion, and respect. That is not an Official Position of this paper, but my own. Sadly, I’m not seeing much of any of the above.

What I see instead is the righteous jostling everyone onto their respective bandwagons and others excoriated when they balk at being so herded. All are compelled to have and express an opinion—and, God help us, it must be the correct one. Hence, it did not surprise me when an excellent jazz publication dropped through my mail slot featuring an editorial of several paragraphs against “racism, bigotry, and discrimination”—as if jazz fans need to be reminded that those are terrible things. If you love Louis Armstrong, Duke Ellington, and Bessie Smith it is positively schizoid to be racist. But owing to current events, it might have seemed remiss not to underline that message. The piece was fine, though I suspect it would have offended certain people for that magazine to have omitted it.

Under this perfectly well-stated and reasonable editorial, however, was placed a single line in bold-face type: “Silence is NOT an option!” One can almost hear the bandwagon drawing up to the curb. At first glance it seems a non-sequitur, but it has the effect of “Or ELSE.” Ultimatums notwithstanding, actual silence is something that is not easily found these days—unless people are hoarding it like toilet paper. The noise, in fact, is constant. Others say for me what I would have said, and say it more forcefully and eloquently. It is not mandatory that I sing with the choir. I would rather hold my tongue than be a clumsy ally. 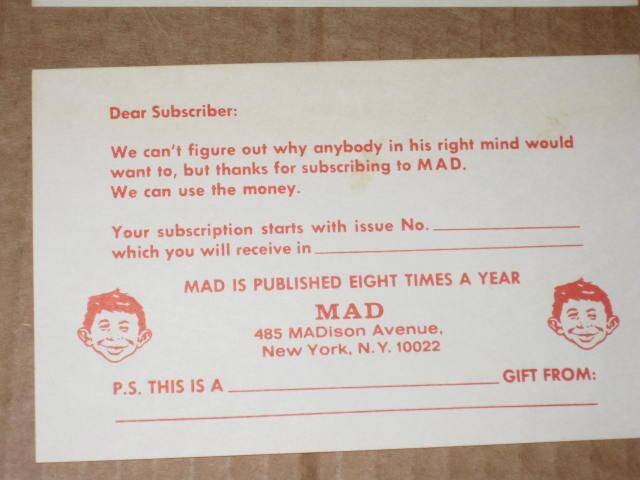 Yet the same periodical had another paragraph that made me cheer. “In an ongoing attempt to more efficiently manage administrative costs and reduce USPS mailings, we’ve printed your [subscription] expiration date above your name in the address box.” I’ve been doing that for ages, yet in May I had to send out hundreds of postcards to remind subscribers to renew. I even included the words “RENEW NOW” in those addresses expired (or about to). One renewer receiving a card thought the coronavirus had slowed my response. Hardly.

Unlike the major magazines that send you endless renewal mailings, The Syncopated Times is a one-man operation. Condé Nast can afford to flood you with pleas. I label and send out all the cards myself, by hand. The fact is, the information is right there on your address label and you need no special invitation to renew.

I respect you as subscribers far too much to nag you, so this word to the wise should suffice.