Jazz Festing in Place: The Next Fest Thing

Beth Arroyo Utterback at radio station WWOZ informs that the successful Festing In Place event that was held in lieu of the annual Jazz & Heritage Festival has prompted a Labor Day weekend repeat of the new formula:

“In April and May, millions of people worldwide “Fested in Place” with WWOZ. Back by popular demand, we will present a new festival featuring classic live sets from New Orleans music legends past and present.

Pull out your festival shirts, hats, flags, and chairs and get ready to celebrate the best of New Orleans music from your backyard, your front porch, or your air-conditioned living room—anywhere in the world via wwoz.org.

Festing in Place: The Next Fest Thing will be held for 7 full days from 11 AM until 7 PM, Friday, September 4th through Monday September 7th and Friday, September 11th through Sunday, September 13th. We will create our own special cubes highlighting the schedule which will feature some of the great performances in the history of New Orleans music. 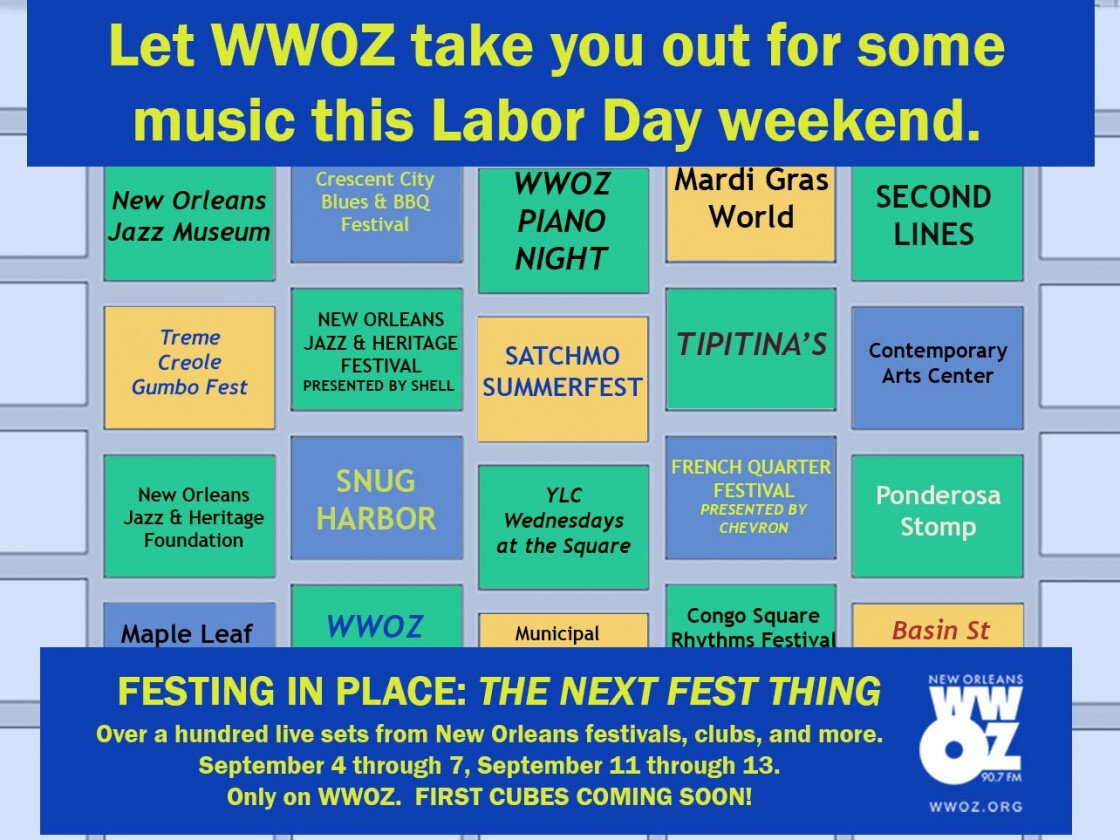