We in the jazz musical world are tired of being ignored by the media moguls who feed the bottomless American appetite for reality TV. Ever on the prowl for three squares, we have taken the reed between our canines, and fast-tracked our own reality programming; all strictly high-concept stuff, of course.

Leading off we have Who Wants to Marry a Jazz Musician? Premise: A jazz musician masquerades as a normal person. A dozen blindfolded beauties are given a list of questions. Every time the musician reverts to type and says “man” or “dig” a small electric shock is delivered, bringing him back within the bounds of acceptable behavior. The jazz bachelor and the lovely winner win a case of valve oil and a trip to the Jazz Hall of Fame (a Go-Fund me campaign for the Hall is underway).

Second: Real Housewives of the Real Book. Premise: An inside look at the stressful lives of girlfriends and wives whose jazz musician partners host a never-ending series of jam sessions peopled by Craigslist zombies. Episode One: Mrs. Greta Semiquaver wakes up in the middle of the night screaming. Several hours later, she’s discovered in a corner drooling and mumbling “No more choruses Blue Bossa—no more choruses Blue Bossa—please.”

Third: Alaska Gig Hunters. Premise: Danger and adventure beckon as recent Berklee graduates are given a motorcycle battery to power their amps, instructions on handling a dog sled, and are sent to Alaska to play on the streets of Anchorage. Busking champs get to sleep indoors (unfortunately with nothing but method books on which to rest their weary heads). 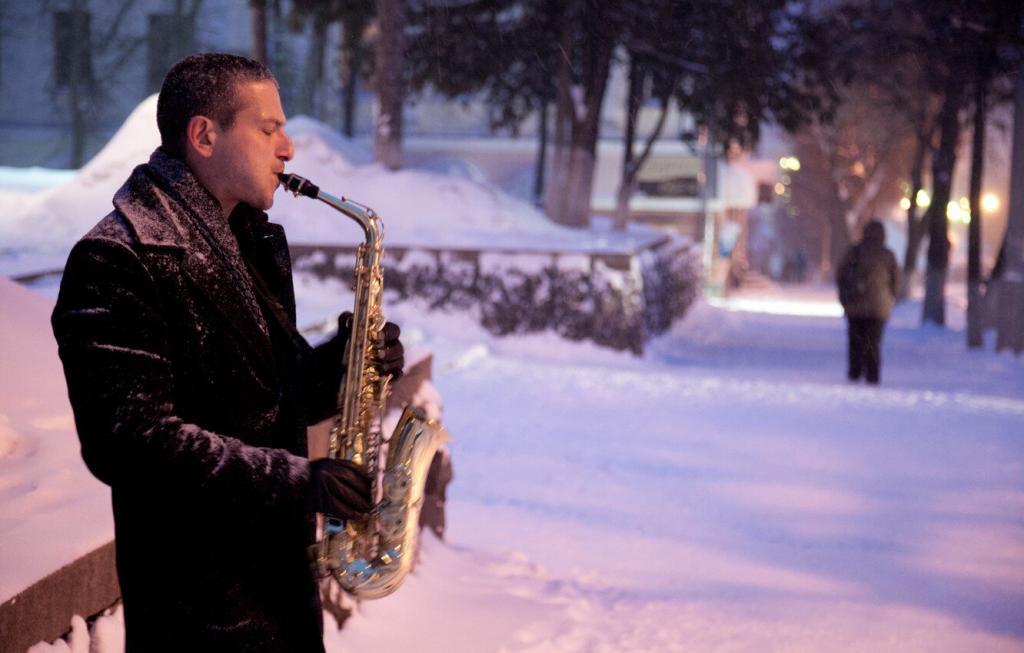 Four: Battle of the Network Moldy Figs. Premise: Proponents of traditional jazz and bebop fanatics are locked in a room with a pile of 78s. After each side is played, contestants down shots of slivovitz and arm-wrestle. At the end of each episode, Ed McMahon is summoned by ouija board and hands the winner a gift card to the Commodore Record Shop.

Five: II-V Bootcamp. Premise: In order to learn what it really means to play chord changes, a group of fresh-faced recruits undergoes a series of physical and mental challenges. They must survive the terrifying Turnaround Centrifuge®, and the jagged jaws of the Lick Eliminator®. Drill sergeants are instructed to withhold cork grease and valve and slide oil as punishments for the inappropriate use of upper partials. Survivors are guaranteed part-time work in community music schools.

Six: My Big Friggin’ Wedding Band. Premise: As larger wedding bands are replaced by smaller bands, which are replaced by DJs, which are replaced by iPods, there are almost no wedding jobs left. Harold Goniff has cornered the market for the few remaining gigs, and bandleader Harold is besieged by marauding gangs of out of work musicians. Harold must expand the size of his band or face the wrath of the gangs. Episode One: Chaos ensues when 15 musicians try to divide up six free plates of Chicken à la King.