‘Lady Luck’ and the Career of an Entertainer

Max Morath often credits “Lady Luck” with at least part of his success. However, listening to his stories and reading accounts of his long life in Show Business, we come to realize something important that young aspiring performers need to know about establishing successful careers.

Those who have worked advising young people who were preparing for life after college have found some floundering amid decisions they were facing, and a rare few already set on a course. However, the vast majority have had quite an unrealistic idea about what it would take to make a successful career, especially those in athletics or in the fine arts.

Often the more talented the students were the most unrealistic about the course of their future. It was as if they expected to announce they were ready to begin, and someone would immediately whisk them off to a mansion and instant fame. Dissuading them of this myth could be particularly challenging.

To illustrate what it usually takes to become successful and how much hard work is required, I needed an example for illustration. Max Morath is reluctant to write publicly about his career, preferring to allow new performers to get the publicity. However, to help young, aspiring, and talented people understand what it takes to be a success, he shared some of the details of his own preparation that led to his long career.

To begin, he discovered he had two interests, assets really. In high school he thought he wanted to be a physicist, but his mother and Uncle Dick Ramsell had also instilled his interest in music and encouraged his talent. Even in grade school he found his knack for entertaining an audience when he had a principal role in a school play. In high school he enjoyed performing with a Barbershop Quartet called “The Sunshine Boys.” When he graduated Cripple Creek (Colorado) High School in March of 1944 he got a job at the local radio station where he could employ his musical talent, gregarious personality, and at the same time, surround himself with the technology of early broadcasting.

As a young radio personality Max would do remote broadcasts from the local business locations of his advertisers and he often did the commercials with his own piano accompaniment. For a while, his regular radio program was billed as “the brightest spot in any housewife’s afternoon.”

Max grew up in the shadow of Pikes Peak. Every year his father’s AdAmAn club shot off fireworks from atop the mountain and the annual event was covered by the local radio station. However, always intent on innovation, Max decided to broadcast a live account of the event a bit differently, He got the radio station to work with the nearby air base in Colorado Springs and in 1947 he reported the New Year’s aerial display from a C-47 transport plane and the following year he broadcast the pyrotechnics live from a Flying Fortress.

Max’s radio career continued amid occasional local piano performance opportunities while he attended Colorado College, in Colorado Springs, majoring in English. He graduated in 1948 with a Bachelor of Arts degree he would put to good use in his career writing numerous essays, liner notes for recordings, and publicity promotions. Max was a life-long student and earned a Master’s degree alongside students in their twenties when he was aged 70.

In the early 1950s television was becoming popular and the new technology fascinated Max. He was accepted into the Stanford University Radio-Television Institute in 1951 to study the new medium (and get in some time on the beach, he relates). Stanford had an agreement with NBC, so the students actually worked at the San Francisco station as a part of their studies. The Institute combined training in technology and entertainment and was an important preparation for his long-term career.

Max returned to Colorado and continued his performance work and radio announcing. He also began performing during the summers with the Imperial Players theater group at the newly renovated Imperial Hotel in Cripple Creek where he grew up. The owner/managers Wayne and Dorothy Mae Mackin had expanded the hotel’s operation and they added the Gold Bar Saloon where they began the longest running melodrama theater in the country.

Max was actively involved in the Mackin’s summer theater productions playing a variety of different roles: singing in a Barbershop Quartet, waiting tables and learning a great deal about the theater arts from the director, Orvis Grout. Max was the popular pianist performing between acts and introducing the olio variety performers at the end of each melodrama.

Max produced four records of his performances in the Gold Bar Room with a friend, “Bud” Edmonds and tourists soon spread these recordings around the country. As a result, Max began getting distance performance offers. His radio programs featured his music as well and his program and record Music for Moochers. It was picked up by California stations in the late 1950s.

In 1953 and 1954 Max was also production manager at KKTV in Colorado Springs Like his previous work in radio he was active on air and off.

For a time, in the mid 1950s the Moraths lived in Florida during the winter. Max worked at Davy Jones Locker in St. Petersburg. There the owner had created a piano bar and Max was known as “Skeets.” He performed on a grand piano playing from his large repertoire of ragtime and popular music. The owner thought he should have a catchy stage name, so in St. Petersburg he became just “Skeets.”

Never far from broadcasting, Max also did a daily radio show during the winter of 1957 while in Florida. His name begins to appear in newspapers around the country by the late 1950s as he was performing in bars, for concerts and at special event programs. His ragtime and Turn of the Century programs seemed to be, by far the most popular.

This brings up another important aspect of Max’s transformation into one of America’s premier entertainers. He understood the business of show business. He was a master performer creating his own routines and he often composed his own music, but Max knew the technical and business sides of entertainment as well, from publicity to contracts to public relations and he acted as his own agent. Max also had a knack for finding the right people to hire for a job whether it was photography, design and layout, publishing, or legal counsel.

By 1960, Max Morath was a household name as a result of his groundbreaking work on the National Educational Television series The Ragtime Era. That is another amazing story for another time. However, the instant fame and fortune Max attained (well, at least the fame) didn’t come without a great deal of effort, including a lot of learning along the way.

The first fifteen or so years until his great national success involved endless work, constant innovation, personal investment, and countless occasions for meeting people. Max made lasting friends everywhere he went, and he has graciously remembered us through the years.

When visiting with Max he often humbly says “Lady Luck” played a large role in his success. However, young people should be reminded when starting out, that “Lady Luck” can be elusive and will usually only appear after long years of preparation and gained experiences. Then she isn’t so much “Lady Luck” as the personification of Effort, Determination, Talent, and Persistence. That seems to be most of what Max calls “luck.”

For more information on Max Morath’s career see Max Morath: The Road to Ragtime, the photo book with narrative he wrote with his wife Diane Kaye Skomars (and with help from Ralph Schoenstein), printed by The Denning Company, Virginia Beach VA; 1999. 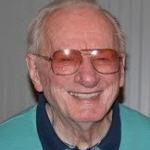