My column requires a disclaimer this month because frankly, it amounts to little more than a grandfather bragging obnoxiously about his grandchildren. That written, I’ve been wanting to describe my musical family for a long time, but modesty prevailed until now. I’ve struggled to keep my pride reigned in on this subject but, like Benjamin Franklin, I tried to control my vanity only find I was proud of my humility.

A few months back I described my own musical deficiencies, though at the time I wanted to point out that they are more than balanced by the musical talent in my son’s family. As he was growing up, I saw no signs of our son John having any more musical inclination than his father. His mother had a high school orchestra and college choir background but her interest in music didn’t seem to have been contagious enough to infect our son. That is, until John married.

His wife Lisa plays the piano quite well and has a beautiful singing voice. Her musical interest comes from her father who once was a part of a touring group, “The Chapelaires.” They sang in churches and at revivals here in the Midwest.

Therefore, when I first heard my son’s fine tenor voice, inspired and nurtured by his mother and his new wife, I was quite surprised. He is a church pastor of music and education today for a local congregation. 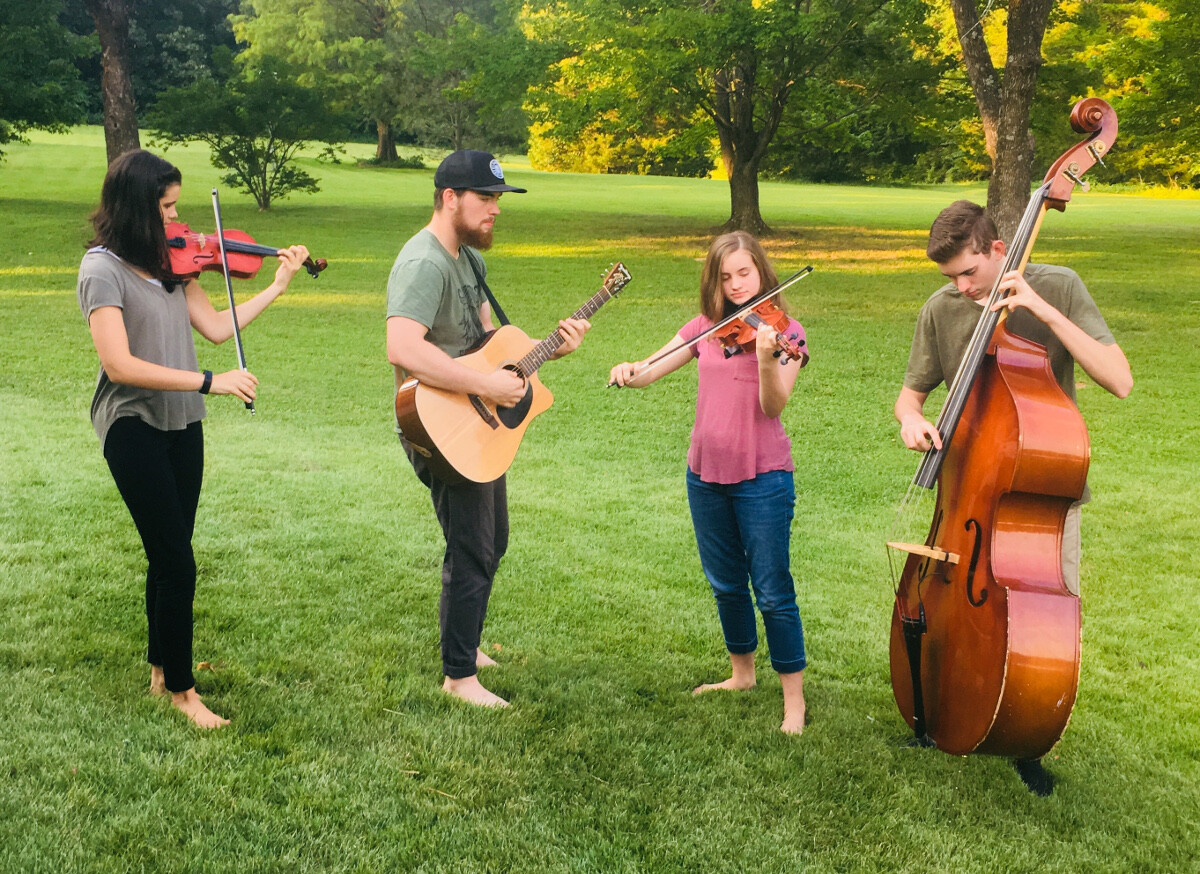 As our grandchildren grew, their mother began teaching each one piano fundamentals, and we proudly sat through living room recitals for a few years as the children attempted their scales and simple beginner exercises. Anyone else would have heard “racoons-running-on a-keyboard” performances but grandparents tend to only hear notes well struck and simple melodies well played.

Knowing of my fascination with ragtime, one evening I was quite surprised to hear my oldest grandson, play a respectable rendition of Joplin’s “The Entertainer.” (Since then the others have attempted mastering syncopation.) About then, the two oldest grandchildren Brian and Leanna (about twelve and ten at the time) began playing quite credibly by ear and their lesson exercises were suddenly delivered in polished, flowing performances. Something clicked and what I can only describe as a natural understanding of music theory, just seemed to come to them. It wasn’t long before they were playing for church services and accompanying the family singers.

My wife Karen took up the guitar and taught herself to chord well enough to play along with singing groups at her church. On a short trip to the Lake of the Ozarks one summer, she was working with our middle grandson Joel, and he quickly learned to play his grandmother’s guitar and then his own. That led to grandmother working with her family and others their age at church and a musical group soon emerged. Today, Joel is constantly experimenting with old and new ways to make music and is as proficient on a piano, banjo, or mandolin as he is on guitar. 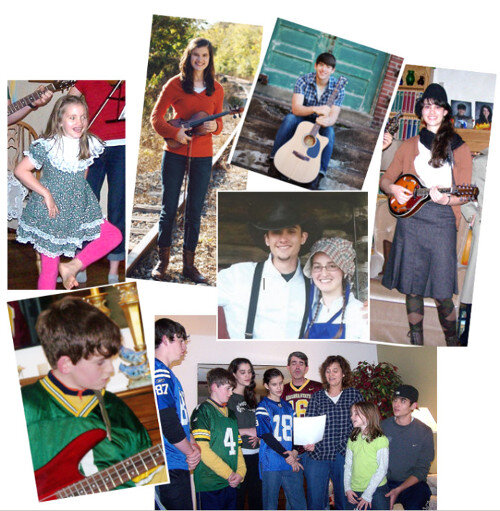 I should point out here, that my daughter-in-law, has taught all six children in her family from pre-school. She has almost graduated three now with college degrees or professional certifications. The oldest, Brian has his own accounting business and his sister Leanna is a certified Doula. The middle grandson finishes his bachelor’s degree within a year. Thus, their mother had the freedom to encourage her students and allow for their practice and experimentation. From that point, the children’s musical interest and talent grew exponentially, and though professional music lessons added to their skill, most of the rudiments of music theory just seemed to come naturally for them.

They next began experimenting with other instruments which their parents provided instantly when interest was expressed. The oldest girls, by that time including their middle daughter, Bethany took up the violin. I swear, I never heard the usual beginner’s scraping and squeaking associated with learning to play stringed instruments. A cello was added and now it is the focus of our youngest granddaughter, Janaya. Most recently a used, three-quarter string bass has been added by my youngest grandson. Trent purchased it for himself. In the meantime, all the boys seemed to naturally gravitate toward percussion and thanks to some men in their church they soon learned the rudiments of drumming, owned complete drum kits, and were playing like pros.

Another beautiful addition to their instrumental collection was a pennywhistle our oldest grandson Brian acquired on a vacation and he was soon adding its flute-like sound to their Celtic repertoire. Today he has a complete set of Irish whistles and the sound over the sibling ensemble is quite ethereal. A generous aunt brought him back a set of bagpipes from Scotland one year. (However, I believe only “Amazing Grace” should come from the wailing pipes and then outdoors in a burial setting. I do respect and concede it might be an acquired taste for those with an abundance of Celtic genes…mine are mostly Teutonic.)

Our oldest grandson and his wife, Taylor are introducing their three-year old daughter, Elsie and two-year old son, Hudson to the world of music as well. The oldest already plays the piano delicately if not tunefully and our toddler credibly (for a two-year-old) enjoys his father’s drums, which are kept in their dad’s work-at-home accounting office with a dust cover over the kit. The littles enjoy using it for a tent and play quietly as their father works (reminiscent of John-John playing in the oval office under the president’s desk.) 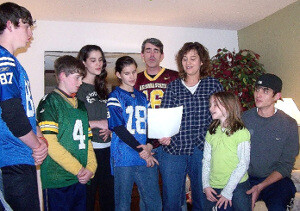 It is an amazing experience now to finish a family supper, often with a musical guest or two, and then prepare for the evening. As some clean the table and do the kitchen chores, others visit, and someone begins quietly improvising on an old standard song at the keyboard. Our youngest grandson, Trent, now sixteen, began playing the Vince Guaraldi “Peanuts” compositions three years ago and deftly improvises on them now. As chores are completed one by one, others pick an instrument from a collection any high school orchestra would proudly boast and join in until an entire group has serendipitously formed, and the elegant serenade becomes a full ensemble concert.

I have to think that one reason for the stress, tension, and the awful divisiveness of our modern time is that our families no longer enjoy the calming presence of music in their households, that is, if anyone is even home. I fear they have only the hypnotizing throb and repetitious screaming of what passes for popular music today.

As I proudly listen, I am transported to another time and place in my family’s living room or on their back stoop these pleasant late summer evenings as I listen to them play improvised hymns, spontaneously programmed among old popular music standards, or classically inspired pieces interspersed with Celtic folk songs that will end an evening. I close my eyes as a wailing tin whistle rises over their lilting Scottish Aires like a mist moving over the Scottish highlands and if I don’t realize it often enough, I realize then just how incredibly blessed I am.