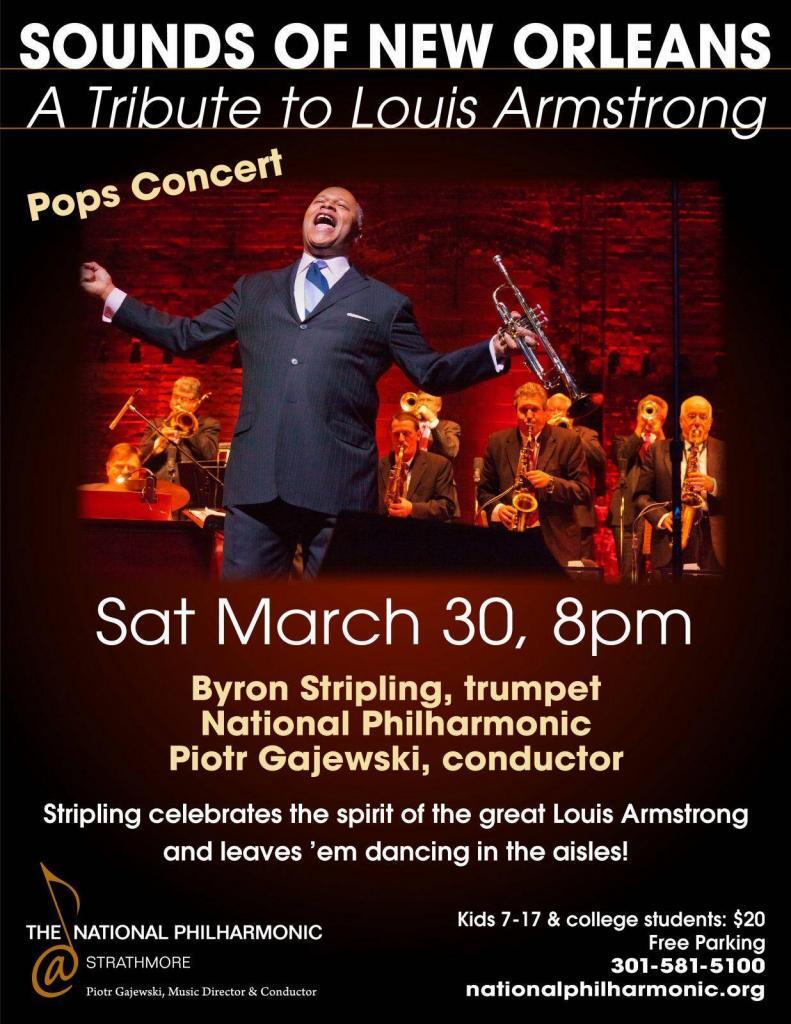 SOUNDS OF NEW ORLEANS: A Tribute to Louis Armstrong

Byron Stripling’s electrifying and heartfelt tribute to Louis Armstrong has become America’s most popular orchestral pops program. With his engaging rapport, smooth vocals, and virtuosic trumpet technique, Byron dazzles audiences around the globe. Performing musical hits from the Armstrong songbook and his signature version of When The Saints Go Marchin’In to close the show, Byron celebrates the spirit of the great Louis Armstrong and leaves ’em dancing in the aisles!

Stripling earned his stripes as lead trumpeter and soloist with the Count Basie Orchestra under the direction of Thad Jones and Frank Foster. He has played and recorded extensively with the bands of Dizzy Gillespie, Woody Herman, Dave Brubeck, Lionel Hampton, Clark Terry, Louis Bellson, and Buck Clayton in addition to The Lincoln Center Jazz Orchestra, The Carnegie Hall Jazz Band, and The GRP All Star Big Band.

Byron Stripling on Sounds of New Orleans: A Tribute to Louis Armstrong from St. Louis Symphony on Vimeo.