None but a Blocked Head

When I was in high school, I began a book report sixty-four times. I finished none of those sixty-four drafts, and I took an F on the assignment. I have since been fairly confident in my ability to reach down into my subconscious for any scrap, any hint, of an idea when inspiration seems to flag.

As Editor of The Syncopated Times, writer’s block is a luxury I really can’t afford. But I’ll be honest. Right now I am facing down the barrel of it. I’m getting that old book report feeling again as my printer’s deadline looms and the clocks range roundward toward the dawn.

I find myself simultaneously distracted and exhausted. But I cannot stop typing until I have finished my essay, put it into layout, and submitted it to the printer. I’m distracted by unfortunate thoughts from being able to focus on light topics that might be more suitable for this space. I have already written a column, but it was admittedly garbage. There was no salvaging it, and I have made several other attempts at writing something appropriate. I’d say I’m in full book report mode.

The book that I attempted to do a report on, back in 1979, was The Lost Weekend by Charles Jackson—a book no eleventh grader should ever attempt to read. I can’t say that was my last adventure in intellectual hubris, in reaching beyond my grasp. I didn’t have the emotional depth to understand the various subtexts and undercurrents, and I still can’t quite fathom physical addiction to a substance. (That should have been a breeze since I saw alcoholics all around me.) But I flunked the moment I turned the first page.

I have to say here that it is so much easier to do sixty-four drafts of a column on a computer. It’s now no longer a matter of making a typo and ripping the page out of my LC Smith typewriter to throw it on the stack of previous failures. On the plus side, there was a certain satisfaction in ratcheting the sheet out of the carriage. The main drawback was in wasting all that typing paper, which I used to buy, expensively, in packs of 200 sheets at the drugstore. It never occurred to me to go to the office supply store and buy a ream, which would have been cheaper.

The book report, er—column that I meant to write (until it fell apart into an aimless mess) concerned the notable lack of jazz festivals in the Northeast. It’s an important topic, and one that I mean to explore another time when I’m not overtired and can focus on the task.

This, in fact, may be the latest I’ve stayed up in an attempt to write something to get files to the printer. I’m going to publish this, however it turns out, because at least it is something. I realize that people look forward to reading this column, as they have told me they do. Some have said they like it better than anything else in the paper, and that scares the hell out of me. 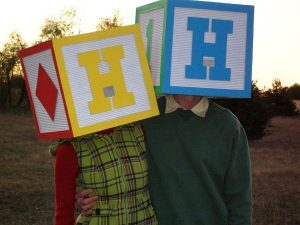 I rather miss writing on the old LC Smith, which I still have and which still works. Even as I was staring at the blank white page rolled into the platen, I did not feel the urgency of a cursor blinking at me, prompting me onward to write. . .something. Perhaps much that is wrong with our current media landscape has to do with people feeling compelled to write, especially when they needed their sleep and weren’t facing a printer’s deadline. It is so easy to walk away from a typewriter, for years at a time if necessary.

I have done that. Some time after my book report debacle, I began to write a novel. I gave up on it and walked away from the draft for years. Life intervened, and it was much sexier than what I was trying to make up. When I returned to my task, much later on, I referred to my manuscript as my “telephone book”—except that the yellow pages were in the front.

(“Daddy, what’s a telephone book? What are Yellow Pages? What’s a typewriter? What’s a manuscript?”)

Twelve years after beginning, I concluded the first (and certainly only) draft of that novel. It gave me a great feeling of accomplishment at having finished it. The next book I attempted (also on a manual typewriter) took nine months for the first draft. I considered the second draft final though I should have attempted a few more.

Being able to finish what one starts is a worthy aim. I have several other partial manuscripts floating around in various piles, and each was abandoned not due to a lack of literary merit, but because other matters drew me away from working on it. I consider these works among my Greatest Quits and I mean to get back to them.

But even though I have been distracted from focus and cogency in the process of writing this morning (and it is morning), having nothing to say doesn’t necessarily mean that I’ve said nothing. Whatever my intentions, and however impaired my ability to make sense, I can’t guarantee that there is no content in these words. I wouldn’t be surprised, however, if they were entirely content-free.