This month’s paper, late though you may receive it, is something of a miracle. One week before this writing I was in a state of misery and distraction and had, in fact, written to my printer asking for a delay of the print date. That rescheduling—and the further delay in the US mail—proved not to be necessary by the time I received a reply. 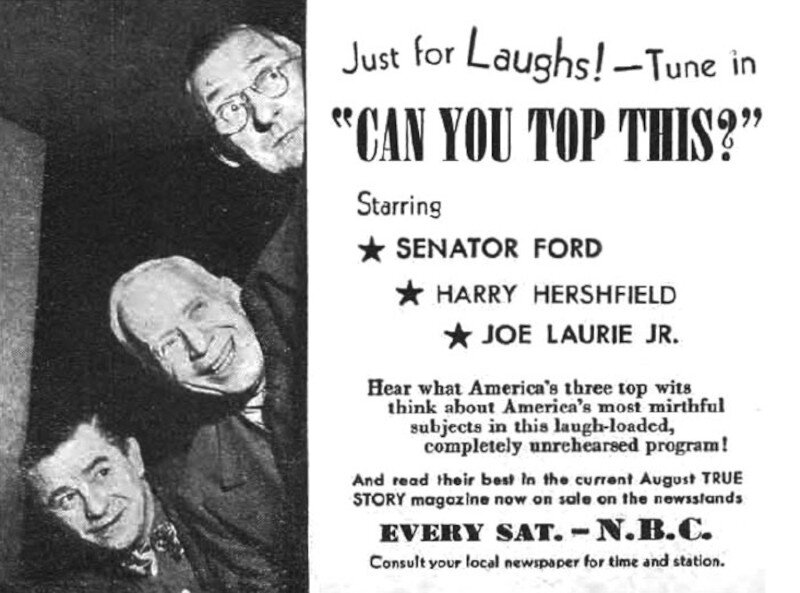 But here we are. I won’t bore you by taking inventory of my own deterioration—especially since I realize, considering the age demographic of my readership, that such a litany is certain to lead to an impromptu game of Can You Top This? Some of you readers (and writers) have more than 35 years on me. (Some of you even remember Can You Top This?) I’d be a fool to cast the first X-ray. I’ll merely offer a hymn of praise to antibiotics and non-steroidal anti-inflammatory drugs and move on.

Let’s just say that I am discernibly over the hill. And that I would ask to postpone a printer’s deadline because of any debility is an embarrassment to me. That I did so readily and without compunction is even more embarrassing.

I often brag about putting together the print edition of The Syncopated Times single-handedly, but there is a flip side to that boast. It’s a feat of strength and determination—one that, with this issue, I’ve accomplished 58 times—but what if I get knocked down by something more formidable than a cracked, infected molar? (And that, I can tell you, ranks as something ferocious.) What if the one-man band is really sick?

I am going to reflect on that contingency in the coming weeks and months. The immediate and most sensible observation is that no one can afford to be irreplaceable. I might further add: it’s no fun to be irreplaceable. Atlas doesn’t get to shrug—or go to the movies. Sisyphus gets no half-holiday.

And while I consider my own precarious place in the scheme of things, I was given further intimations of our shared mortality by an unfortunate item of news. Jim Orvis, a listener to my radio program who wrote frequently and sent me Christmas cards (and CDs) every year, died on April 19 of COVID-19 contracted at the Tyson plant where he worked in Waterloo, Iowa. I just found out about his death through a friend’s post on Facebook. Jim would have been 66 years old on October 9.

I last heard from Jim, via mass email, on March 22. When he wrote, he had no idea that he was going to be a dead of the virus less than a month later:

“Some of you, especially those who live overseas, are probably wondering how I am doing amid this COVID-19 (Novel Coronavirus) pandemic. . .

“There have been a number of changes where I work, Tyson Fresh Meats in Waterloo. The Department of Homeland Security has designated Tyson Foods as a critical infrastructure company (people still have to eat), so the plant is still open and I am still working 8 hours a day, 6 days a week.

There are a bunch of signs from the CDC (Centers for Disease Control and Prevention) hanging up on the walls of the security building that you have to go through to get into the plant. These signs are in about a dozen different languages. The company plans to check the temperature of everyone who enters the security building starting on Monday, and if an employee has a temperature at 100 degrees Fahrenheit and above they will be sent home.

“In the main plant itself there are signs and displays telling people what to do. Most of these signs are telling people to wash their hands, which are still sometimes ignored (a lot of the employees are very stupid and ignorant). . .

“I haven’t seen many signs up about safety meetings, so I have a feeling most of them have been put on hold. I have also seen signs restricting how many people can be in a room at one time.

There has been one case of this virus in Black Hawk County. It infected the boss of a girlfriend of one the superintendents at the plant, so that superintendent is not allowed at Tyson and has to work from home.

“My biggest worry right now is that I will not be able to get my knee joint replacement that was scheduled for April 24th because elective surgery might be postponed because physicians will be needed to take care of virus patients. I have severe osteoarthritis in both of my knees which makes it hard to walk and gives me some difficulty in even keeping my balance.

“Another problem is that my 401(k) retirement plan I get through work has been badly damaged by the disruption in the economy. I have lost who knows how many thousands of dollars. I have talked to people at the plant who have told me that because of their financial losses they will have to put off retirement for years. At least I am still working, which is more than I can say for a lot of people these days. . .

“Anyway, because of this virus pandemic, my bad knees, and having to work so much, I haven’t gone anywhere or done too much else lately. I hope you are holding up okay. Oh, and by the way, wash your hands.”

COVID-19 is no respecter of persons—even those who are doing their best to be careful. Jim took precautions and did not want to die.

Note to self: count your blessings—and wash your hands.