The years 1910 and 1911 were physiologically rough on ragtime.

On December 3, 1910, the Daily Oklahoman reported an address to the students at Wesleyan College in Macon, GA by Dr. Dingley Brown, Director of Music. “‘Ragtime’ music is the greatest curse of our country and the most serious menace to the younger generation in our homes” pontificated the good doctor. “It is debasing and instills a criminal tendency into minds.”

The proximate cause became apparent the next year on October 18 when the Morning Olympian quoted Dr. Ludwig Brunner, late instructor of the Imperial Academy of Medical Research in Berlin, as he arrived in Los Angeles. “Your ragtime jars the nerve centers and causes irritation of the brain cells,” professed the good doctor. “While the roll and thump of ragtime is exhilerating [sic] to the senses and acts as a stimulant, it has the after effects of an injurious drug that will eventually stagnate the brain cells and wreck the nervous system.”

On reflection, maybe Dr. Brunner was onto something, at least the part about exhilarating the senses, for ragtime’s popularity during the decade knew no bounds. But rag aficionados, be forewarned to take care of your brain cells. 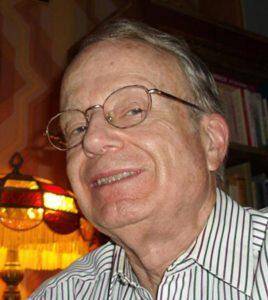 Fred Hoeptner is a Ragtime historian and composer of new ragtime pieces frequently performed today. He was a founder of the John Edwards Memorial Foundation which was a non-profit of the University of California at Los Angeles to promote the study and dissemination of knowledge about American folk music of the 1920s-1940s. It is part of the University of North Carolina at Chapel Hill’s Southern Folklife Collection today and contains several important taped interviews Fred conducted in the 1950s.