When we turn on the radio, we expect the same voices to be there for us year after year to inform, amuse, and console us. If they have been there any significant time we take them for granted, as we take water coming out of the kitchen tap for granted. When the people on the other side of the microphone suffer setbacks, we take it personally. It’s as if we hear an old friend is suddenly in a bad way. It affects us even more deeply if the person behind the mic is an actual friend.

Rich Conaty, host of The Big Broadcast on WFUV-FM in New York, has endured a series of financial and medical setbacks in recent years, and in August he announced that he might have to sell his 1950 Nash Ambassador. Rich has been a car enthusiast even longer than he’s been a radio host, with a particular love of the Nash line of the 1950s. That interest could be said to have been borne of a childhood spent watching the old Adventures of Superman television program, starring George Reeves and Noel Neill, in which Nashes and Nash Ramblers appeared prominently. 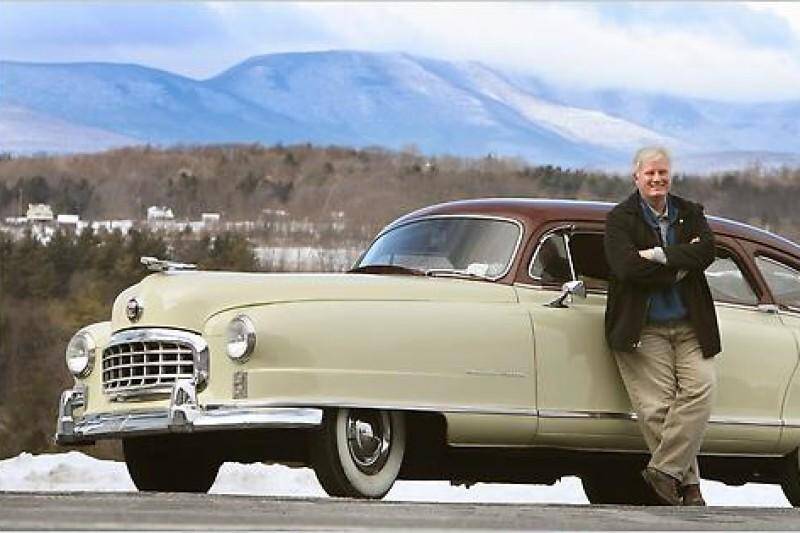 And while Rich was fully prepared to part with his prized 1950 Nash to pay medical bills and personal expenses, his friends and fans (who number many thousands) would have none of it.

His friend Danielle launched a GoFundMe campaign, “Nash versus Cash,” toward the immediate end of Rich being able to retain his car, but more importantly to help him dig out of the debt that had become worse with a recent serious illness and a number of other problems. Selling the Nash would, in fact, help him defray only a minor fraction of those expenses.

As Danielle says, “About four years ago, Rich’s mother started showing signs of dementia. After a short period of her receiving at-home nurse service, it was clear she needed round-the-clock care. We all know this is extremely costly, and can quickly exhaust whatever savings one might have. This has been the heaviest of Rich’s financial burdens, and is causing a debt ‘snowball,’ when factoring in other mounting expenses that are a result of his recent medical issues.”

In Rich’s own words: “Mom’s pensions and Social Security fell short of her monthly expenses. I learned about the VA’s ‘Aid and Attendance’ benefit. We applied for it, but it took almost two years (with the help of Congressional offices in New York and Florida) to receive. Meanwhile, I began making loans and withdrawals from my retirement plan. At this point, the total is around $41,000. That helped make ends meet until the VA benefit kicked in.

“Meanwhile on the ‘home front,’ I’d stopped paying my mortgage! I went into foreclosure more than once. I was able to get a loan modification, with a generous amount of principal forgiven, a low interest rate, and manageable payment. That worked well for over a year, thanks to automatic payments from my checking account. Then Bank of America sold my loan to an outfit called Rushmore. I stumbled, missed a payment, then two. I need $1,177 to get current.”

As of the end of August, his mother’s balance was $7,390. A small portion of that debt was eased when her payments arrived in the beginning of September. But Rich has “no idea where the rest will come from, but any money that comes in goes there first. And now I’m being hit with additional expenses tied to the cancer discovered in July.”

No one goes into local radio playing 1920s and 1930s music and expects to become wealthy. It is something done entirely for the love of it—and because it is the most delightful music ever recorded, there is much to love. Rich Conaty has made a basic living doing so for the past 43 years, but such a living does not prepare one for the contingencies of catastrophic illness and other unanticipated expenses.

Fortunately, his friends realized the debt of enjoyment they owe him for four decades of wonderful music, and were able to meet and surpass the initial goal of $10,000. And, after closing the fundraising campaign a few weeks ago, Danielle opened it again when more people wanted to express their gratitude to Rich for bringing the melodies and rhythms of the Jazz Age to them each week since 1973.

As soon as Rich is sufficiently recovered from his recent surgery and chemotherapy, he will acknowledge donations with thank-you gifts, which include CDs, a ride in the Nash (including a picnic in Columbia County, NY), and Rich himself spinning vintage tunes as a deejay at your Jazz Age-themed party.