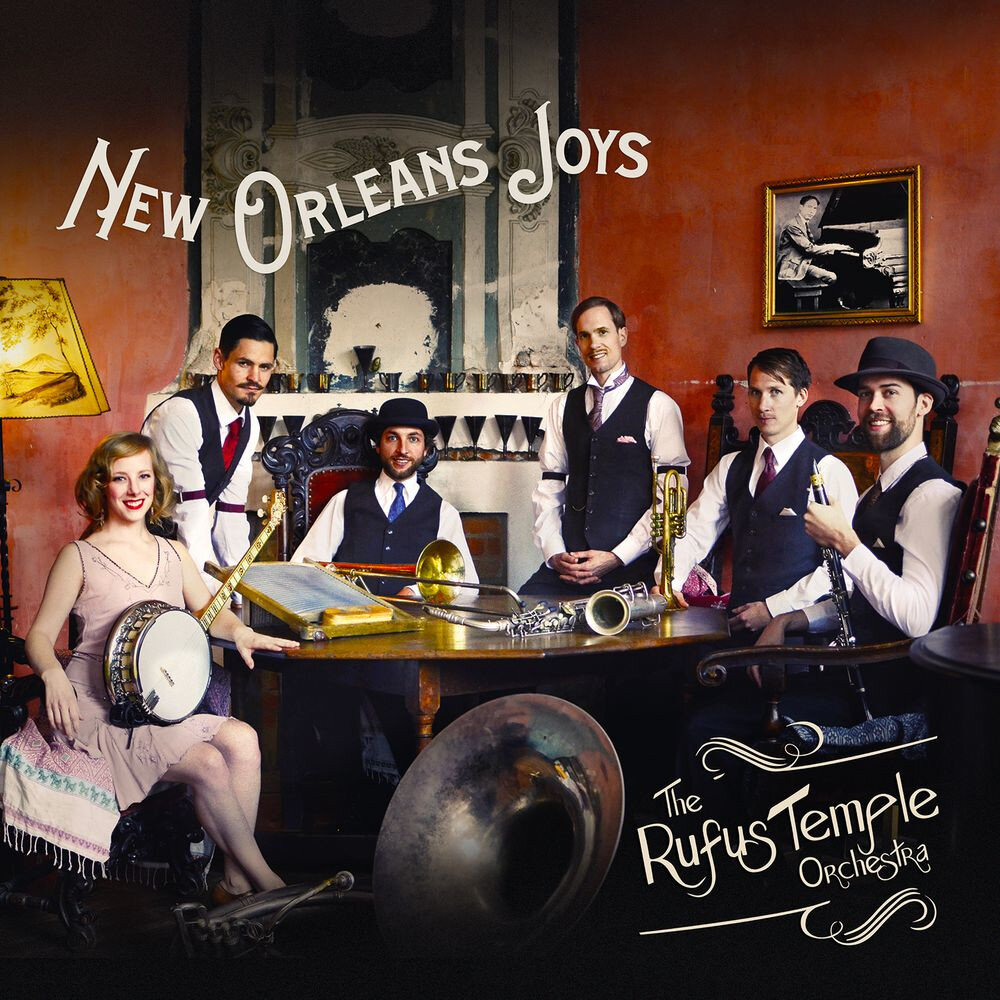 We’ve covered the Syncopation Society before. They’re a Berlin based collective of traditional jazz and similar artists working to promote each other. They leverage the reality that most jazz musicians play within a loose network of bands with various leaders or a core group defining the individuality of each band’s sound. We’ve covered releases from the Jungle Jazz Band associated with the Society as well as two samplers they released with a track or two from a dozen European trad and swing bands. I’ve described them as not quite a record label.

Founded in 2016, the Rufus Temple Orchestra is one of the most solid and recognizable acts associated with the Syncopation Society. They’ve toured extensively in Germany and on the international Swing circuit, playing over 250 live shows. Their music has been heard on a number of television programs, movies, an audio book, and even a video game. For their second album the Society has arranged to team them up with an old fashioned label, Sungroove Records, to produce a vinyl release and give it the promotion it deserves.

When an album is really good I need to turn it off to write about it or it will keep sucking me in. This album is one of those. I can barely take notes without losing myself in the groove. I think you’ll forgive my distraction when I tell you New Orleans Joys focuses on Jelly Roll Morton, whose compositions, in capable hands, are among the most compelling in the jazz canon.

This young band is beyond capable. The leads, Johannes Böhmer, on trumpet, Bastian Duncker on reeds, Fidelis Hentze on cornet,  and Johannes Lauer on trombone, brilliantly draw emotional energy out of the material. Rising in concert, or venturing out alone, they pull you along as if every note were new.

The sextet makes amazing use of doubling, often within a track, to create the sound they want. The trombonist also plays piano, the cornetist provides simple percussion as needed (think wood taps, but absolutely vital), the bassist, Nikolai Scharnofske, also picks up the sousaphone. Paired with the reedman reaching for the bari sax they have both the low end and the rhythm covered.

About a third of the ten track album features vocals, usually from banjoist Katharina von Fintel. She has impeccable timing and precise high notes that are unusual and welcome on this type of record. The male vocal on “whining boy”, by guest Australian guitarist and singer Jack B. Latimer, is a must hear. It adds the extra layer to craft an unforgettable version of the song.

They didn’t just pick Morton out of a hat. They show an intimate appreciation of the material. “The Crave” has just the right Spanish tinge. “Shreveport Stomp” has that irresistible bounce, Sweet Substitute is played with more of a New Orleans lag than the current New Orleans bands give it.  Anyone concerned whether traditional jazz is in good hands needs to give this album a listen.