There have been few more important, or more successful advocates of Dixieland jazz in the last half-century than cornetist Jim Cullum, Jr. who died on August 11th, 2019 at 77 years old. The cause is believed to be a heart attack at his home, or possibly a fall. His son James announced the news describing him as  “the greatest jazz musician to ever come from Texas.”

Cullum was active until the end. His band has appeared several times this summer, most recently at their weekly residency at the Cookhouse on Friday. He had many events scheduled in the coming months.

Cullum’s father, Jim Cullum Sr. had played reeds and trombone for Jack Teagarden. It was Jim Sr.’s records, particularly those of Bix Beiderbecke that first inspired his son’s love of early jazz. In 1962 father and son founded the seven-piece Happy Jazz Band while Jim, Jr. was attending Trinity University.

The band soon became the house band at The Landing, a club on the San Antonio Riverwalk that the Cullums opened in 1963 with the help of local investors. It quickly became a haven for Dixieland jazz. As only the second business to open on the Riverwalk, a hub of culture in the city, the popularity of The Landing created deep roots for traditional jazz in the area that continue to inspire young artists today.

After the senior Cullum passed in 1973 the band reformed and emerged as the Jim Cullum Jazz Band. The band honored and respected the greats but nurtured their own distinct sound. Cullum encouraged the band to practice ensemble improvisation, the art at the root of jazz. Over the years many well-known names have been part of the band including Hal Smith, Evan Arntzen, Even Christopher, Kevin Dorn, Brian Ogilvie, Mike Pittsley, Randy Reinhart, John Sheridan, and Alan Vache.

In addition to the many significant formal members of the band, making the pilgrimage to San Antonio to sit in with the Jim Cullum Jazz Band has been a right of passage for musicians for decades. Players now in their 70s and still in their 20s treasure the chance they had to learn from one of the best bandleaders in the country.  The importance of Jim Cullum’s mentorship cannot be overstated.

From 1989 to 2012 the weekly Riverwalk Jazz radio broadcasts from the club reached and converted fans around the world. At its peak, the show was featured on over 200 public radio stations. The one hour program featured a mix of historical recordings, live music from the Cullum band, and educational narratives encouraging joy and a deeper appreciation of the music. Dozens of guest artists participated in the show, notably Dick Hyman. 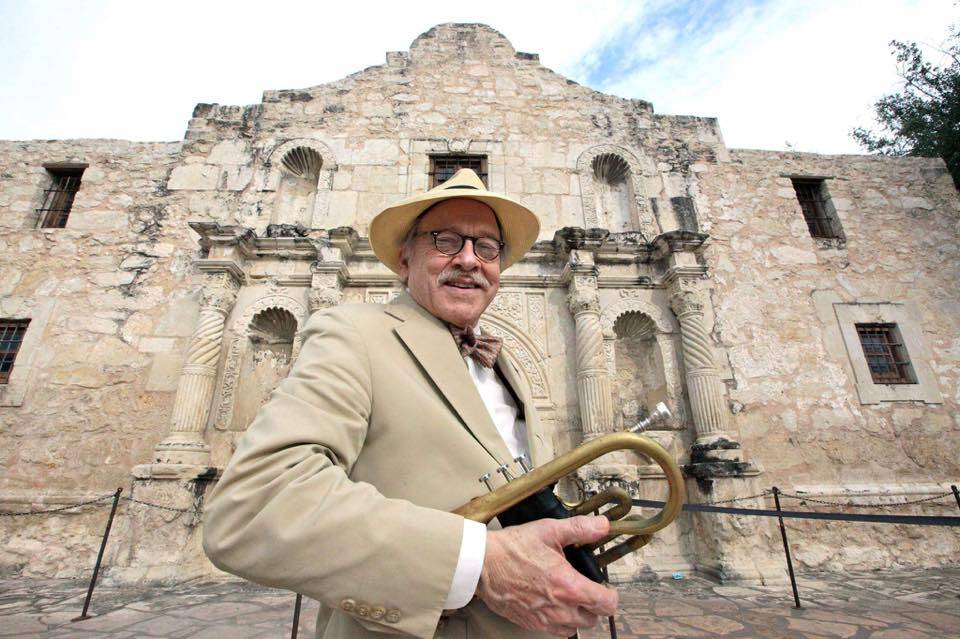 Jim Cullum was also involved in preserving jazz history from the first half of the 20th century, and the more recent history that he was such an integral part of. He had a long collaboration with the jazz archive at Stanford University, including using his band in workshops from 1993-2005.

Part of this legacy is the Jim Cullum Collection at Stanford containing over 1000 recordings dating back to the 1940s. The Riverwalk Jazz website continually streams an archive of the radio broadcasts and provides biographical information and rare photographs for dozens of musicians from both the early years of jazz, the revival period, and today.

This remembrance will grow in the coming days to reflect the stature of this important figure in our history.