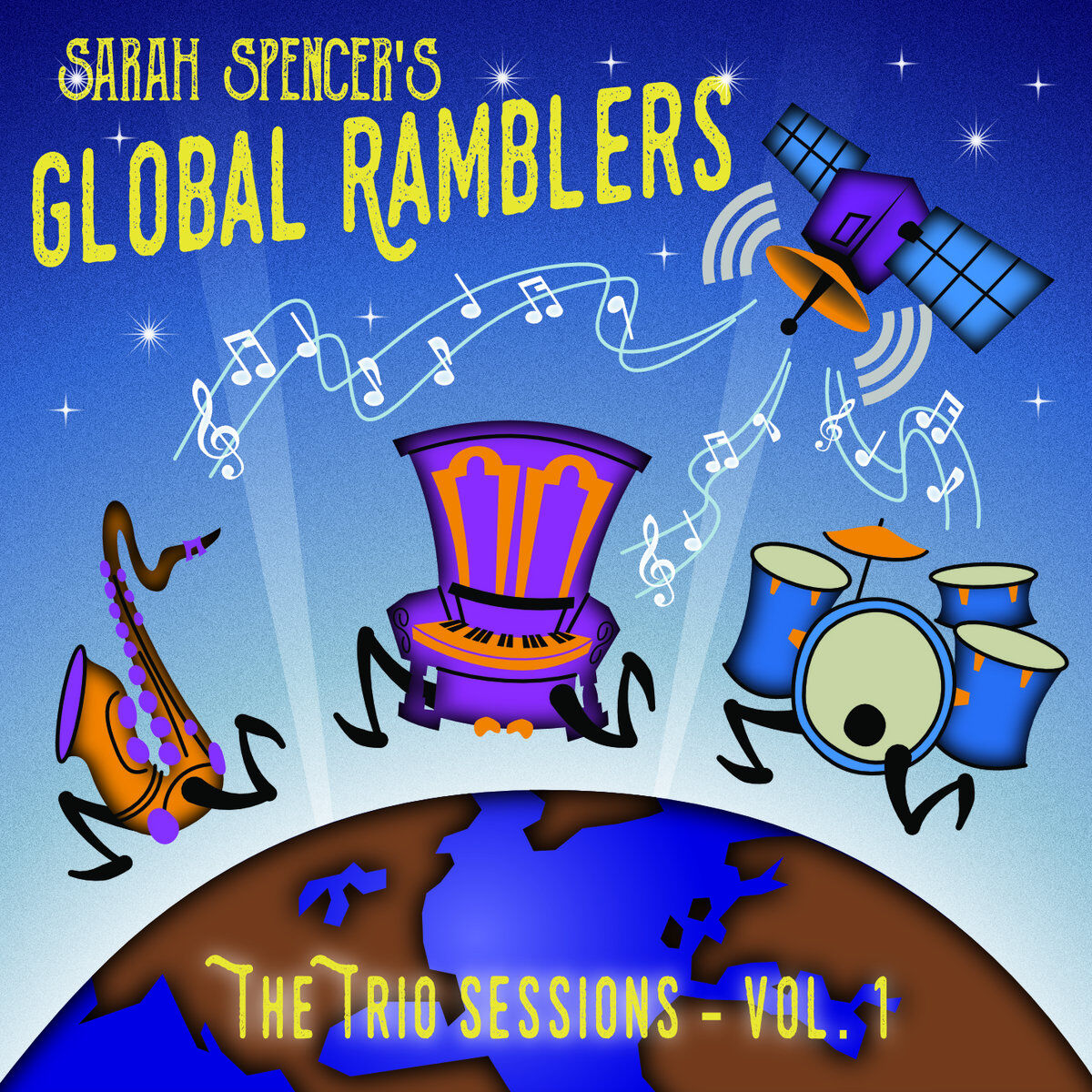 This trio album is, broadly speaking, the most “traditional” of my reviews this month. That’s saying something considering a mere 18 months ago the means by which it was recorded were unfamiliar to most of us. This reeds, piano, drums combo were joined together from around the world, aided by connection speeds that has only recently made such collaborations easy. For each of the ten tracks you can find a split screen video on the Bandcamp page for the album if you’d like to peek in at their recording spaces.

It’s the most traditional of this months reviews musically, but that isn’t to say it isn’t exciting. Sarah Spencer is a Brit who pursued her love for New Orleans jazz in the US for 20 years before recently returning home. Her groups are founded in the slow ensemble heat of that city, and her choice of material speaks to that history. There’s a beautiful and hot version of “When You and I were Young, Maggie”, other tracks include “Beautiful Ohio”, “San”, “All that I Ask is Love”, “If I could be with you One Hour Tonight” and “Mary Wore a Golden Chain”. On the last, which closes the album, the trio is joined by Jesper Capion Larsen on clarinet.

Hal Smith gets plenty of work providing that New Orleans beat and also a few chances to strut. Hugh Crozier at the piano stays primarily in a supportive role, though he does get a few nice runs you will want to hone in on. He also provides vocals on several tracks, his voice feels very familiar to me and due to the mixing or mic placement sounds very “live”. Spencer is an engaging lead, keeping the melody central and providing vocals that have an easy slightly gruff feel truly reminiscent of the 1920s blueswomen. If you find yourself wondering at Spencer’s ability to play clarinet and sing at the same time you simply need to watch the videos, where she often appears in two boxes! Crozier takes advantage of the same overdubbing trick, though it is a little less puzzling to hear a piano and voice simultaneously from the same person.

The album is labeled Vol. 1, which has me happily anticipating more to come. Many artists stayed very active recording projects like this one throughout the Covid break, it helped me feel closer to them to have that regular flow of new videos and live streams. Hopefully the gems from these collaborations, like The Trio Sessions, continue to be released now that gigs are creating busy schedules again. This album should have near universal appeal to our readers, and these fine artists still need your support. You can watch the videos and download this album on The Global Ramblers Bandcamp page, along with a multitude of additional single tracks featuring expanded line ups. Buy a physical CD or stream on other services here: sarahspencer.hearnow.com/the-covid-sessions-volume-1