As professional musicians, our instruments are our tools of the trade. So, it’s important to keep that instrument in the best possible working condition. Regular instrument maintenance is vital for the professional working musician.

I mean, think about it: if you’re a race car driver competing in a Grand Prix, you would want the best car possible, right? Because just the slightest lug or bolt slightly out of alignment could add a fraction of a second to your time, and cost you the trophy. And why would it be any different for a musician and their chosen instrument?

I’ll tell you why. Because music is not a sport. It’s art. And my saxophone is not some sort of cold piece of machinery that either works or it doesn’t; and if something is slightly out of alignment then I wouldn’t perform as well, preferring to swap it for a new sax off the factory line. 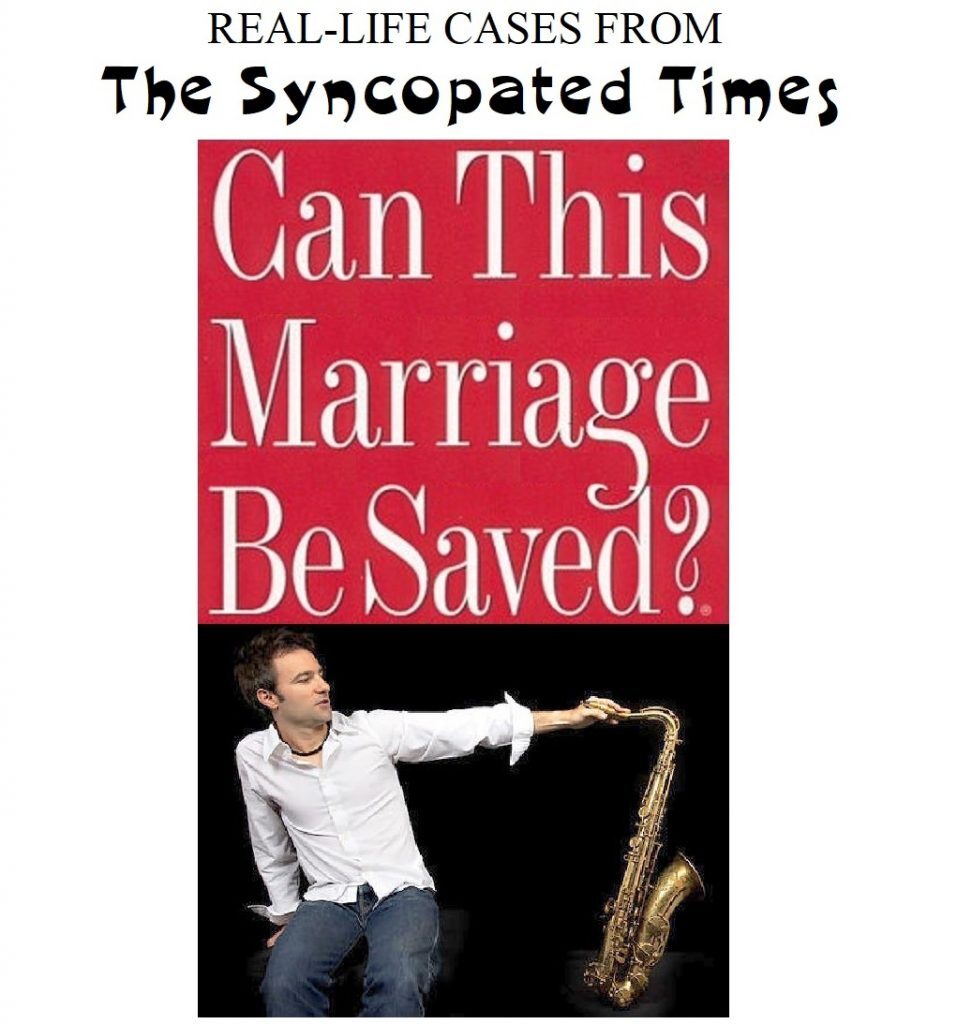 Here’s the difference: my saxophone and I, for better or worse, are in a long term relationship. No, it’s not the perfect horn. It’s been bumped around. It has a few leaks here and there. It can be cantankerous. And it certainly doesn’t play as smoothly as a new horn. But let me ask you, in your relationship, what do you look for in a partner? Do you want some sort of perfect, submissive subordinate that lets you do whatever you want and agrees with everything you say, and it’s all smooth sailing and sunshine and roses? Of course not. That’s not a relationship. A relationship is having a partner that sometimes you look at and think: screw you: I want a divorce.

My saxophone and I have a complicated relationship. Sometimes I’ll want to play a low Bb. My sax will disagree. And so begins many of our days together.

Have you ever listened to a ballad by one of the jazz masters, and felt some unquantifiable emotional depth to their sound, something beautiful, yet fragile? A sound with an underlying emotional tension, leaving you with the feeling that the fragility of this precious moment, and thus in a broader sense the precious gift of life, could slip away at any second; and for that reason, this moment should be cherished because it may not last? Were you moved by this vulnerable slice of humanity in sonic form and you thought to yourself, “I wonder what they were thinking?” They were trying to get their bloody horn to work, that’s what.

Who wants a partner that doesn’t challenge us? Not me. I want a horn that argues back, that sometimes when I pick it up, she says “uh uh, not today buddy.” And I know many jazz musicians in similar relationships.

Well, okay, yes you may find some musicians sporting endorsements with some famous instrument company with their signature series horn all shiny and new, and telling you how amazing these new instruments are. But that’s only because they’re getting their bread buttered, if you know what I mean. Ask them off the record, and they’ll definitely tell you their instrument of choice is is an old 1936 discontinued series horn; tarnished and dented, and with a fragrance not unlike grandpa’s underwear drawer.

Dizzy Gillespie was noted as saying: “Some days you get up and put the horn to your chops and it sounds pretty good and you win. Some days you try and nothing works and the horn wins. This goes on and on and then you die and the horn wins.” Yep, that’s the truth. When I die, good luck to the next poor bugger who inherits my horn.

But until that day, I’ll keep working on my relationship. Till death (or rust) do us part. So if you’ll excuse me, I’m off to do some practice. And I think it’s one of those days… I can feel an argument brewing…