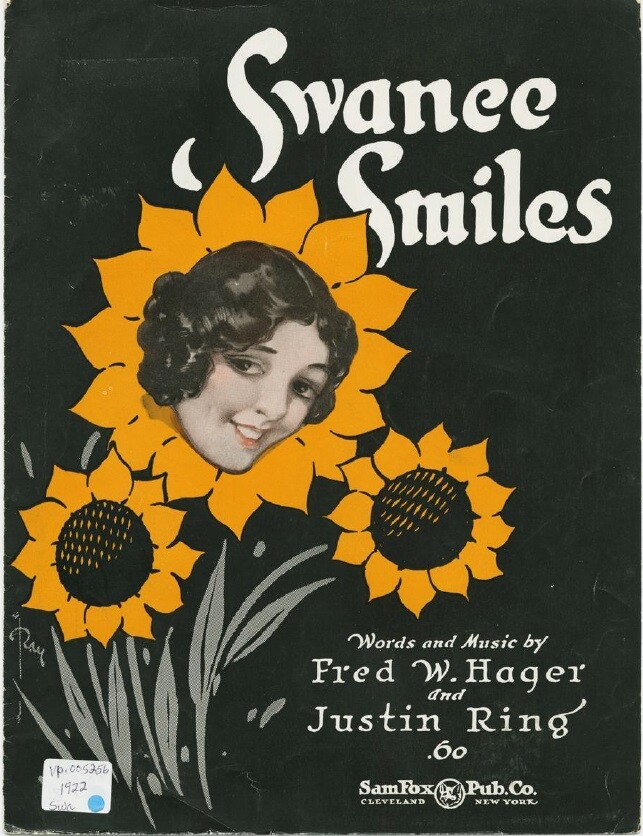 Have you ever immersed yourself in a trivial pursuit while important tasks needed your immediate attention? Well, a friend recently added six inches of sheet music to my growing stack of unarchived early 20th century compositions. I went through the new arrivals to process significant items for the archive and the rest accumulated in a growing stack sitting on a groaning table awaiting a fate. Thus, while recovering from a recent medical condition (described by five new pages on my medical chart), I decided to just look through that stack of music for pure enjoyment.

Not being able to read musical notation was no liability in this pursuit as you will see. First, as I spread out the sheets on the bed and nearby tables it was apparent that this accumulation had come from performers and not “scormatologists,” that is serious collectors. Many were copy machine pieces and most were taped together, accordion style, for ease of reading on a piano rack. Many of the marvelous old, oversized pieces and been cut down and holes punched along the edge for notebook keeping.

Since I was not interested in the actual music, this was quite acceptable—so what I thought might take an hour or so, went on for days. You see, I enjoyed researching many of the covers out of curiosity, so time just melted away. I also have renewed appreciation for the generous and talented souls who post their performances on-line, as I was able to hear much of this obscure music.

I began with the large quarto sized sheets. Their photographs of exotic places around the world or images of performers and composers were quite entertaining, especially to see what must have been extremely uncomfortable attire and costuming. The women were “Gibson Girl” beauties with their angelic faces, piled high coiffures, and severely corseted waists. The men did not fare as well in their high collars and tightly vested torsos. The graphics, especially the bannered texts, were grandly composed and beautifully rendered like the amazing calligraphy of the Sedalia Business College students in the Ragtime Era.

And, of course, there are the titles, many were regurgitated from Tin Pan Alley think tanks while still others were quite elegantly composed. This collection included “If That’s Your Idea of a Wonderful Time, Take Me Home,” published by Irving Berlin in 1914. The best part of that cover is the ad on the back for “Along Came Ruth.” Berlin, in beautiful calligraphic text, declares, “This song surpasses all my previous efforts. I can safely say, this is the best song I ever wrote.” And then there is Grant Clark and Fred Fischer’s “There a Little Bit of Bad in Every Good Little Girl.”

I found very few racially objectionable titles in this particular collection, which is probably unusual. The offensive covers may have been removed. Had I more time I could probably check. 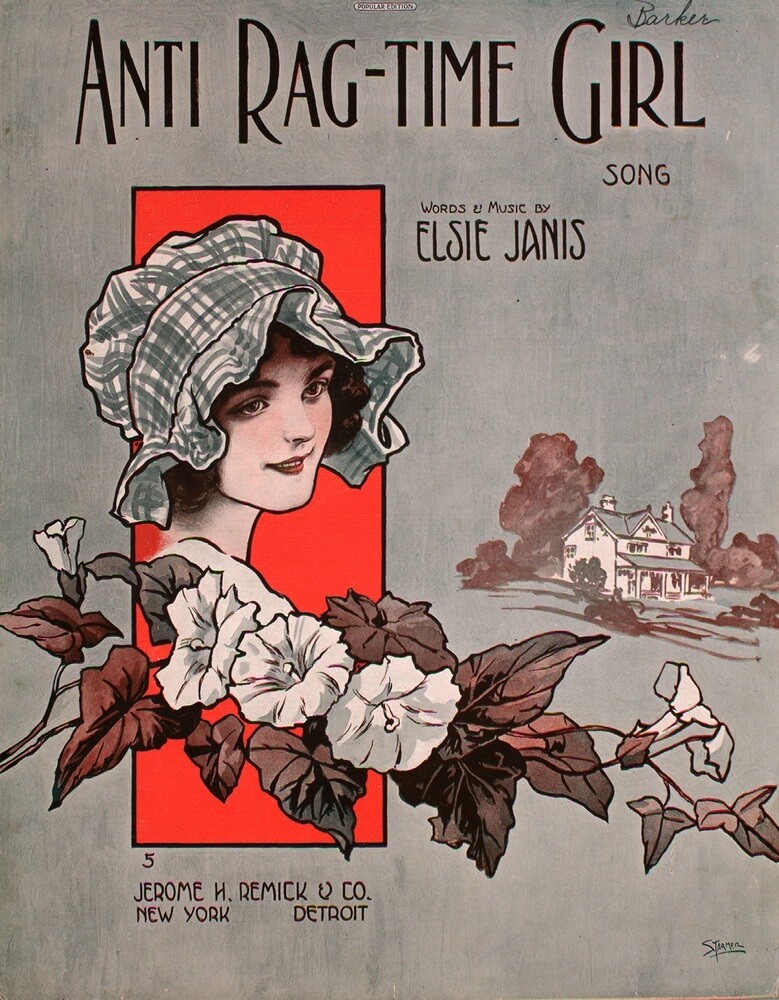 There are many ragtime pieces in the stack. They form a joyful collection of their own until Elsie Janis throws cold water on the pile with her “Anti Rag-time Girl” Song. (No relation to Harriett Janis according to Bill Edward’s amazing on-line biography of Elsie.)

Though I found few if any advertisements as creative, clever, and hyperbole-loaded as those by Scott Joplin’s publisher John Stark, it was fun to peruse the attempts to market the properties of the many publishing houses. The ads usually filled the inside covers and the backs. However, ads were often tucked any place there was empty space.

Finally, I have always been surprised at the way audiences associate performers with compositions but have no idea who wrote the music. Even when composers are known, lyricists are usually forgotten. I had to spend a lot of time looking up the creative people responsible for the music I liked, and their stories are fascinating.

My effort at sorting through these piles of ephemera reminded me of the important role collectors have in preserving our musical heritage. I realized that the popular music of the turn of the last century did NOT include the best of what was being cranked out “industrially.” A lot of fine work was lost in the frenzy of publishing and now is being discovered for the first time. To save a classic piece of Americana after one hundred years or more of obscurity is wonderful, so here is a salute to collectors everywhere.