As gigging musicians, we are always treading a delicate line. The universe, in its ironic wisdom, has decreed that our musically and artistically satisfying gigs should pay peanuts. This forces us to look for better paying but artistically barren work to help pay the bills. I’m talking about private parties. Private parties are a staple of the musician’s yearly gigging income, but somewhat soul destroying for the uncompromising artist. However the hefty paycheck is often too tempting to resist, especially when these gigs can pay up to ten times your jazz club rate!

These private events are most commonly corporate events or weddings, and fall into two types of gigs:

1. The party band: playing the latest Top 40 hits at ear-bleeding volumes, while the band watches from the stage as the attendees get exponentially sloshed and writhe around on the dance floor.

2. The background music band: you play as guests arrive/mingle, playing generally inoffensive white-washed elevator-worthy jazz. (This is to jazz as a McDonald’s patty is to beef.) The French musicians have a phrase for this type of gig: A plante verte gig. (Plante verte = green plant—i.e., sit in the corner and don’t be noticed.)

Generally, gig #2 is not actually a bad gig to play… because, well, no one is listening, and you can play for each other’s pleasure, ignoring your audience just as they are ignoring you.

But there’s one aspect to these gigs that fills musicians with blood-chilling dread. It’s someone who’s seemingly sole purpose is to make you miserable; the bane of the musician’s professional existence—the Lex Luther to our Superman, if you will.

And this is the Event Coordinator. (Even just writing this gives me chills.) Just like the Devil Himself—they might appear under different names—Wedding Coordinator/Event Planner/Event Specialist. The name might change, but make no mistake: they’re all the same. 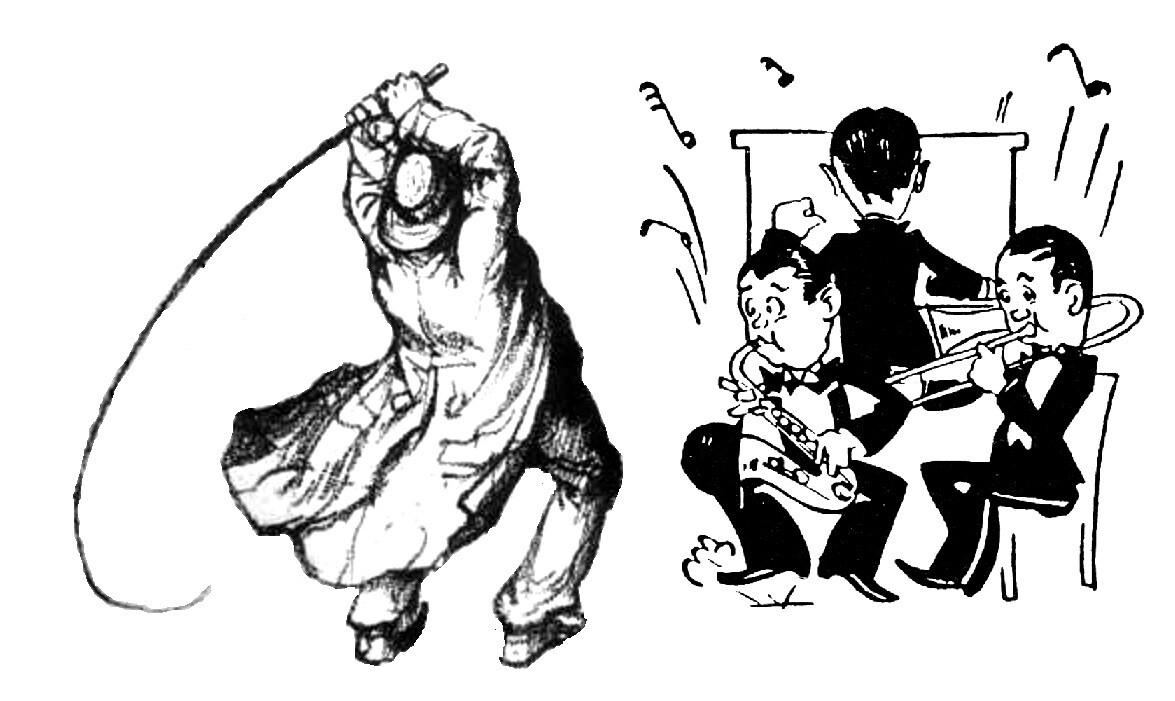 As soon as you arrive to set up, you can spot them a mile off. They are the most upright person in the building, and standing near them just makes you stressed by osmosis.

They walk way too fast for the space they are working in, and have some sort of clipboard, or, in the worst cases, a walkie talkie earpiece.

Even as soon you and the band walk through the door, they’ve decided that you’re too loud. They will herd you over to the place where you will play, which by design is too cramped and too far from a power outlet.

They then spend the rest of the night telling you to keep the volume down. And for some reason, they’ll do everything in their power to stop you getting a hot meal (even if it’s in your contract). And God forbid you’re allowed to have an alcoholic drink. I guess in 1996 some musician drank too much and abused the privilege, so now it’s decreed that all musicians are alcoholics and can’t be trusted.

As awful as all this is, the thing is—I’m not unsympathetic to their plight. Their sole mission is to run an event without incident.

They are burdened with the responsibility to make everything go smoothly, lest they have an irate company CEO, or, God forbid, a bride in tears. So they need punctuality, order, reliability. And musicians are the antithesis of that. We are Chaos personified.

From the first sight of us it’s trouble: with half the band emerging from the same car like a pratfall of clowns; then piling into the venue: a noisy, disheveled train wreck of poorly ironed clothes and dubious personal hygiene, pulling out our old tarnished instruments and then going straight for the free peanuts at the bar.

This tension between musicians and coordinators is nothing new. In fact, it’s a manifestation of something deeper: a timeless tussle between creativity and control, yin and yang.

It’s a dichotomy of two forces, as old as music itself. One can only imagine that with every one of our cavemen forefathers beating on ceremonial drums, lost in a deep trance of mystical rhythm, intimately sharing that musical pulse in sync with the heartbeat of Mother Earth Herself… there was an uptight neighbor telling them to keep the bloody noise down.