The Potomac River Jazz Club at 50

In the beginning, it was about “fun and games”. At least that was what trombonist Al Webber is reliably reported to have said when he talked to bandstand pal Tom Nieman about bringing people together to enjoy jazz.

It was the fall of 1970, a historically turbulent time “featuring” the divisive Vietnam War, hippies, the breakup of the Beatles. It was the Me Decade. People talked about “going to the gig,” and “spazzing out.” They collected pet rocks (full disclosure, this writer had some and they may still be in a hidden corner). Sadly, Louis died in 1971, was deeply mourned, but the music never stopped.

Traditional jazz was in revival times with legions of enthusiastic fans who danced at hotels, restaurants, festivals, and back yard soirees.

Prodded by super jazz fans Fred and Anna Wahler, Webber and pianist Niemann concocted a social group they dubbed The Potomac River Jazz Club where fans could congregate to enjoy and support local bands. Coconspirators were kazooist John “Fat Cat McRee” (Manassas Jazz Fest impresario), trombonist Hal Farmer, and washboarder/broadcaster George Mercer, each coughing up fifty bucks for stationery and such. They comprised Alexandria’s Ragtime Band, cleverly named after the northern Virginia city across the Potomac River from the nation’s capital. Bratwursthaus in nearby Springfield, VA was the first venue for the band. Soon, they moved to Arlington, VA, where they thought they could attract a bigger crowd. And, importantly, it was being promoted by WMAL-AM nighttime jazz DJ Felix Grant. Original members Gary and Dolores Wilkinson called it “fun and exciting times”, recalling the concerts and festivals they signed up to enjoy. The Wahlers regularly opened their basement to bands, their favorite being Jim Ritter’s Buck Creek guys who soon became an item on the festival circuit.

As membership in the social club grew, they realized it needed to be formalized so they and six other stalwarts incorporated in the District of Columbia the following year and also became a 501(C)3 cultural organization. They had a newsletter, a logo and collected dues to cover expenses.

Fast forward 50 years and PRJC plays on. Not with a peak membership of 1,800 but still with a loyal corps of fans. Only occasional severe winter weather has kept the club from maintaining a two-a-month event schedule for half a century.

To celebrate, the club is holding a Golden Anniversary party on Sunday, September 12 at Rosensteel Knights of Columbus Hall in Silver Spring, MD. It will feature four bands (some “old-timers” among the players) playing from 11 am to 6 pm, prize giveaways, silent auctions, and awards to special guest jazz luminaries. (Details are on the prjc.org website) 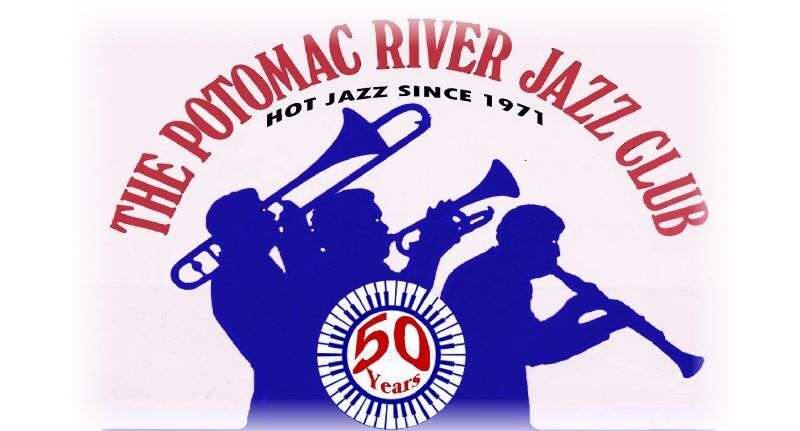 While its members no longer dance on tabletops as they once did (really!) PRJC continues to look forward to a tuneful future, more choruses to come of the great melodies that revolutionized American music.

Joel Albert is a photographer, musician and jazz superfan. He regularly photographs and films events held by The Potomac River Jazz Club. Find his videos on YouTube.