The Revisionists Let Me Off Uptown 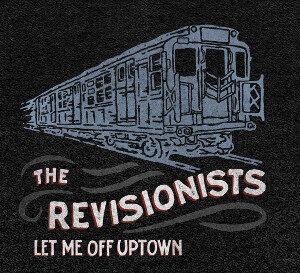 The Revisionists’ debut album captures a classic vocal swing sound you wouldn’t think possible. Like an early 50s Anita O’Day lp that becomes a house favorite overnight. The recording quality is excellent. It could be vintage recording equipment or maybe just a very good ear but the album has the true feel of the midcentury. The sparing use of a Hammond B-3 organ contributes to the sound.

Part of my fascination is that a group so young could tap that feeling without cliche. The playing is crisp, clean, and refreshingly joyful. Not as cool as many were playing it by the 50s, the band has dancers in mind start to finish, but these are lyrically led songs delivered meaning intact. I couldn’t get those great vocal lps out of mind.

Alexa Barchini is a star in the making. Within moments it’s clear that her striking vocals will drive the album. Her delivery of “No Moon at All”, is flawless. She’s playful, coy, and perfectly supported by her bandmates. This is music where storytelling matters and the frontline is telling half the story.

The third track, “Oh, I’m Evil”, recorded in 1941 by Una Mae Carlisle, could be slyly inserted into the rotation of a pop station without anyone batting an eye. Their sound has appeal across generations. Fans of Postmodern Jukebox and long in the tooth leaders of civic bands will both enjoy this album. “Me, Myself, and I” is another highlight. The title track, “Let Me Off Up Town” captures the band’s spirit.

The album includes three fantastic originals. They’ve made a video for “Knock, Knock” and consider it the single. It’s very very good, but significantly bluesier than the other material, right down to the vocal delivery. The sheer excellence of everyone involved saves the track from being cliched.

The other two originals are relaxed by comparison. “Distracted by You” has the simple lyrical structure of a classic. The more complete world created by the lyrics to “Meet Me In New Orleans” catch the magnetic pull that city has on romantics of any generation. 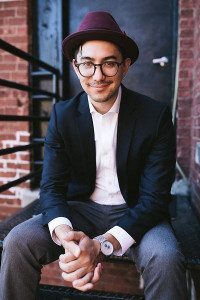 This recently formed seven piece plays for dancers in New York at Prohibition Productions events and at Lindy Exchanges around the North East. Soon I expect them to conquer the world. At least our world. Many of the musicians involved have already traveled to play at European dance events, and even to Korea.  Jay Rattman on reeds can’t go without mention. His support never fails to be interesting and his solos are rich and compelling. He’s a name to look for on albums.

Trumpet player Danny Jonokuchi is the force behind the Revisionists. He’s a multi-talented leader who brings all of his experiences to bear. He also leads The Danny Jonokuchi Big Band and co-leads the New Alchemy Jazz Orchestra. His arrangements have been used by a score of other groups in and out of jazz.  He’s produced many of the albums on which he’s featured including Ricky Alexander’s wonderful Strike up the Band and Hannah Gill’s solo albums. With the success of this spirited and professional project I expect to hear much more from him in the future.