The other night, I sat down with my girlfriend for a romantic night in, and we watched Titanic, that classic ’90s James Cameron blockbuster. Its enduring success owes much to its timeliness tale of love through the ages, arguably one of the most romantic motion pictures of our era.

At least, that’s what my girlfriend thought. You see, she identified with the story of the two protagonists: Jack and Rose, and their forbidden love, lost to the depths of time, yet so strong that it endured even a century later.

But not to me. To me, it was a damn horror movie. Because if I were on that boat, I wouldn’t be one of the star-crossed lovers, or even one of the rich ones escaping in the life boats. I’d be one of the poor bastards in the band.

Oh sure, we love to look back with passing regard at the eight-piece string orchestra playing right till the bitter end out on the Boat Deck and say: oh how dignified, they played even as the ship went down. They were doing what they loved till the very end. Only a non-musician would think that. We musicians are looking at those poor buggars and thinking: ugh what a shitty gig. Even if we’ve never played on a literal sinking ship, we’ve all played on our fair share of metaphorical ones.

So here’s a musician’s inside scoop on what the cats of the orchestra led by Wallace Hartley were thinking on that fateful evening in 1912:

Ugh, I’ve basically got to play until I die on this bloody boat. I’m literally dying at the office. No overtime. And I can’t quit- because where am I gonna go? 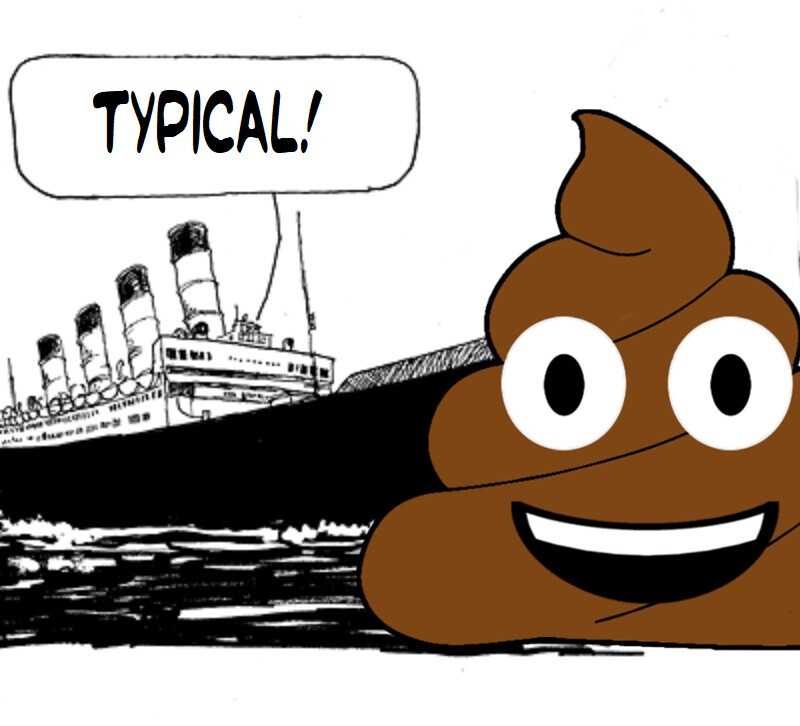 And to top it all off I’ll die wearing this dirty goddamn tux. I’ve been wearing it for a week without washing it because tomorrow was laundry day—but I guess it’ll get a good soak now!

And I barely even like the other guys in the band. The guy next to me never played in tune at the best of times, and now it’s exponentially worse because he’s trying to keep his tuning in below freezing temperatures. (If he’d spent more time on his études instead of trying to crack onto the third class passengers then maybe my last musical moments would be a bit more bearable.)

And I don’t even like the music we’re playing! I’d much rather be playing jazz. But jazz hasn’t even been invented yet.

Well, at the very least, perhaps the tales of our musical heroism will resonate back home, and out of respect, our families will get some form of compensation for our sacrifice. Wrong! We accepted this gig as independent contractors, so White Star Cruise lines will end up refusing to pay our families a penny, because none of us musicians are eligible for funds under the British Workers Compensation Act.

(We’re not even getting paid Union scale.) Sure, we were allowed to eat in the second class dining room… but that means diddly squat when I have to play Nearer, My God, to Thee while my dinner companions hop on their life boats and float away all snuggled up in their furs. I’ll trade my baked haddock with sharp sauce for your lifejacket, thank you very much.

So next time you watch a movie, remember that musicians may see things from different perspective. While you’re swept up in the magical tale of the protagonists, spare a thought for the poor bastards in the background. Because it’s often not far off from reality.

And don’t even get me started on that gig at Rick’s Cafe. “Play it Sam… Sing it Sam… you know what I want to hear… play it!!”… all these demands, and no-one even tips the piano player. The nerve of some people…