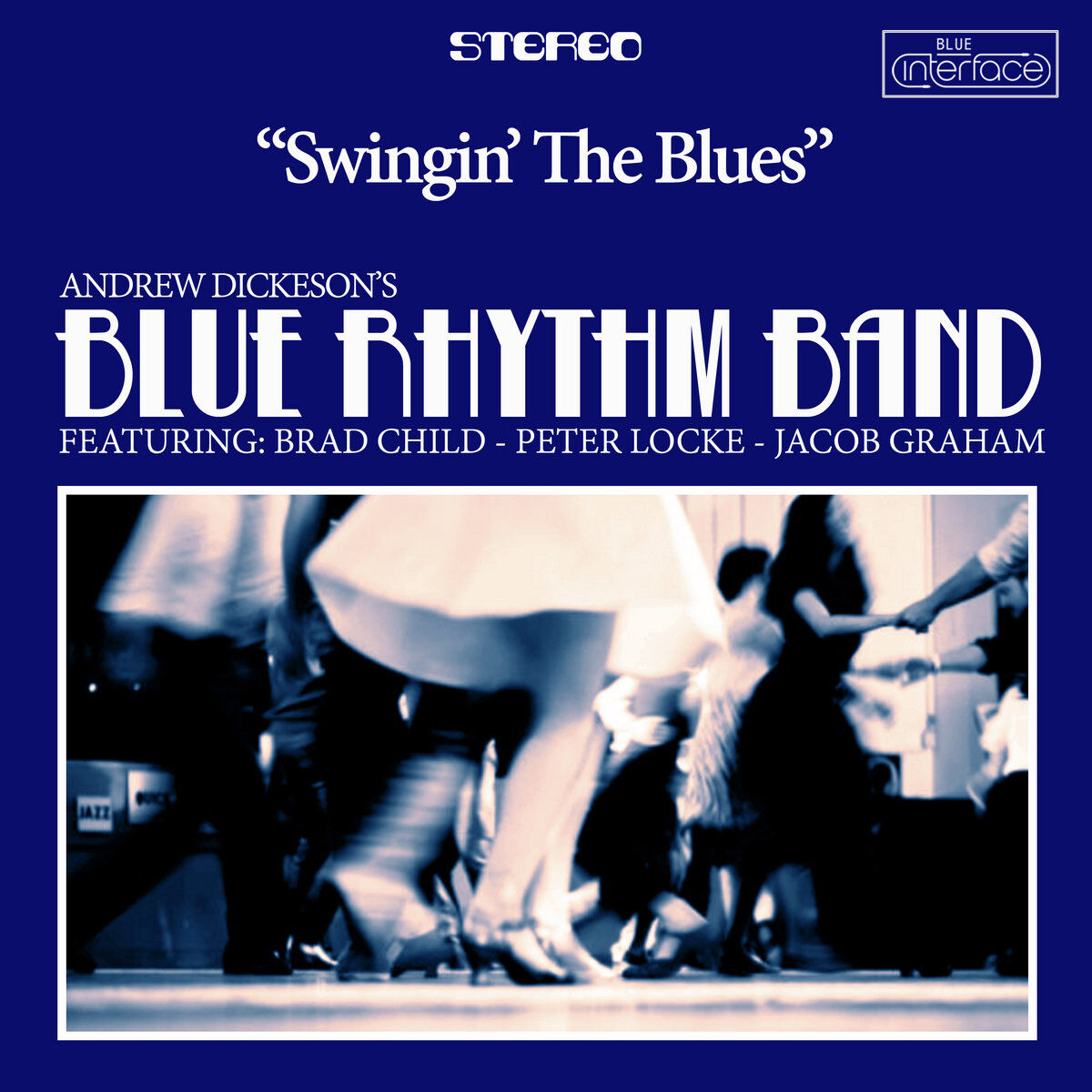 Describing themselves as “a band for dancers and listeners alike,” Australian outfit Andrew Dickeson’s Blue Rhythm Band have been delighting swing fans around their native Sydney for almost a decade. Now the whole world has a chance to get to know the foursome, following the release in late 2021 of their debut disc Swingin’ The Blues.

This initial effort is an unashamed album of crowd-pleasing floor-fillers, reflecting their popularity on the Antipodean swing dance scene. Think the biggest hits of Count Basie, Chick Webb, Jimmie Lunceford, and more—with just a couple of slower numbers thrown in for everyone to catch their breath. It’s a set list sure to grab the eye of jitterbugs worldwide, while offering something novel for non-dancing swing fans to get their ears around.

That’s because these versions are substantially rearranged, to squeeze a big band-worthy sound out of a four-piece combo. Brad Child’s tenor sax does a lot of heavy lifting, carrying the entire brass sections represented in the classic recordings. The result is mellow and cool—Basie’s “Splanky” sounds particularly languid with the sax to the fore, compared with the original muted trumpet. Likewise, “Undecided” sounds smoother than in either its Webb or Goodman manifestations, which give the melody to the alto saxes and clarinets respectively. The effect reminds me of one of my favorite LPs, on which Louis Jordan lends his rhythm ’n’ blues cool to Chris Barber’s trad jazz sound.

Besides the tenor, for me the standout instrument in these arrangements is—and there are no prizes for guessing this—the piano, played by Peter Locke. Drummer Dickeson is unexpectedly restrained, given that it’s his name on the marquee. He could have gone all Gene Krupa on this record, but he doesn’t—except for just a few seconds of “Undecided” and “Jumpin’ At The Woodside.” And while Jacob Graham’s work on the upright bass is solid, he isn’t given much room to stretch his fingers (getting relatively rare solos during “It Don’t Mean A Thing…” and “Stompin’ At The Savoy”).

And so it is Locke tasked with filling out the rhythm section, performing almost every solo not taken by Child. He does this with impressive dexterity and unwavering fluidity—in addition to providing a rich and dynamic accompaniment which evokes the texture of a whole big band behind Child’s spotlights. Some of this comping could almost be a solo in itself, giving one the sense that Locke worked phenomenally hard on this project. To put it another way, I’m currently trying to up my game when it comes to piano solos—this record is one of those I’m going to use as inspiration.

Of the tunes that won’t get you up and moving (unless you know someone well enough to slow dance them), “In My Solitude”—famously recorded by Billie Holliday in 1946, backed by Joe Springer and co—is a particularly nice arrangement, with just a hint of Brazilian bossa nova. All told, it’s enough to warrant an almost perfect score, my only gripe being with Child’s slightly underwhelming, somewhat waffling solo work on “Jumpin’ At The Woodside.” But it’s well worth checking the album out on Bandcamp and reliving all your favorite big band-boasting dance camps, with a small group feel.