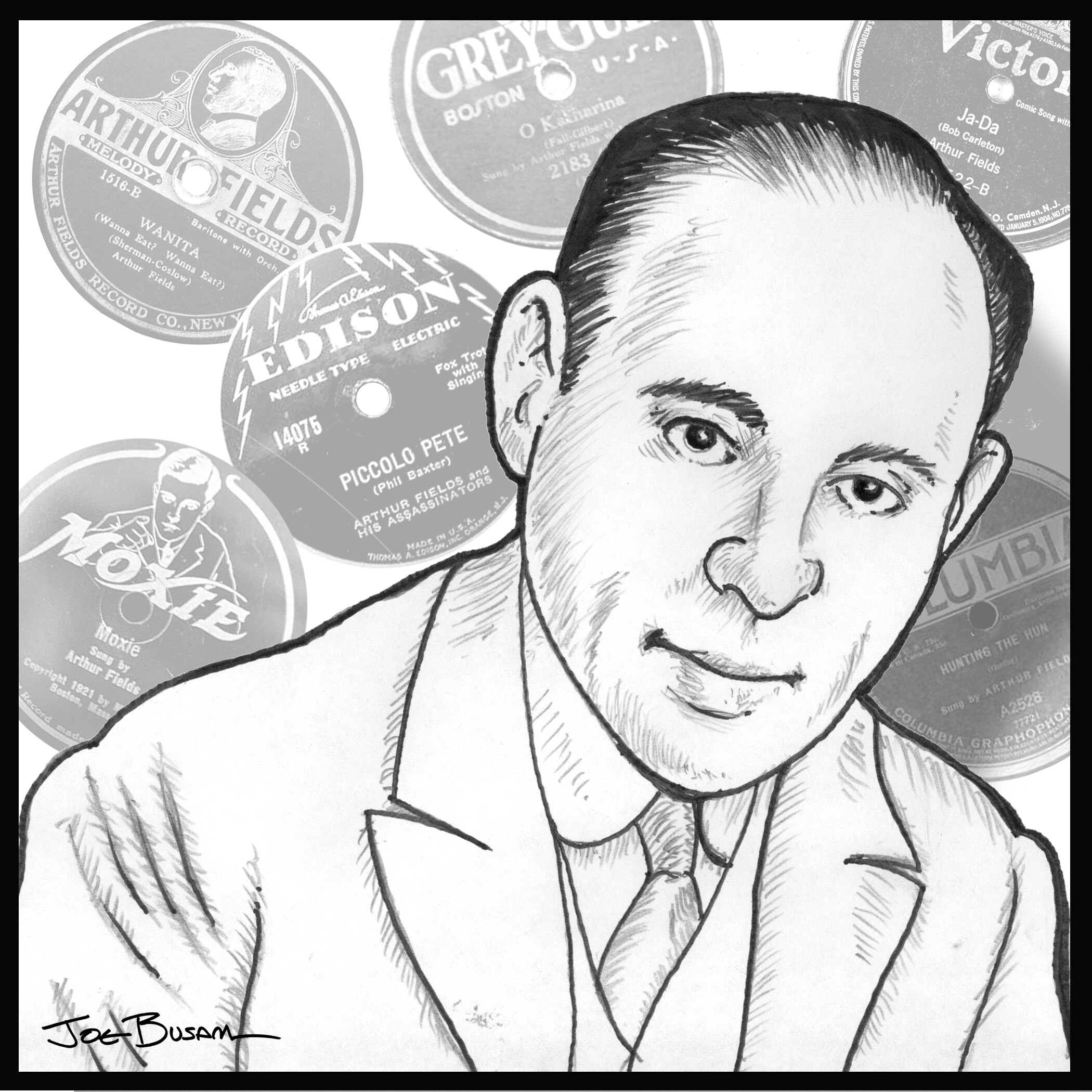 Arthur Fields was born Abraham Finkelstein in Philadelphia on August 6, 1888, with his family relocating to Utica, New York, shortly thereafter. Young Abe was a melodious singer, and his voice is praised in contemporary Utica newspaper accounts. By 1906, he was on the road with the Guy Brothers Minstrel Company. The usual vicissitudes associated with getting a start in show business beset him for the next few years, but he delved into writing songs, including one enduring hit: “Aba Daba Honeymoon.”

By 1915, he had tamed his strong “theater” voice sufficiently to record through the acoustic horn onto wax, though his early discs reveal the power of his instrument. What comes through the century-old shellac grooves is a deep and evident sincerity.

His earnest intensity must have been contagious, since his stage exhortations during World War One convinced three thousand men to enlist and sold many ten of thousands of dollars in Liberty Bonds.

After the war Fields joined brothers Jack and Irving Kaufman (of Syracuse NY); they billed themselves as “The Three Kaufields.” In the 1923, Fields opened a music shop and sold records on his own label—ventures which drifted into bankruptcy after his wife became ill and died.

Arthur Fields’ life was on the upswing again as he teamed with bandleader Fred Hall in 1926 to make hundreds of records, many of which have strong jazz elements. They wrote dozens of songs intentionally destined for “B” sides. Later, as the “Hillbilly” craze took hold, Fields went full yokel. Urbanites Hall and Fields leapt into radio as country performers Rex Cole’s Mountaineers.

Their success in radio, under various names and sponsorships, lasted a decade. After they parted company, Fields kept working in radio and made one more recording of interest—an uncharacteristically trenchant version of “Der Furher’s Face,” recorded during the mid-’40s recording ban. Fields, who keenly felt antisemitism, sang with bitter sarcasm as he let Hitler have it with both barrels.

Having achieved so much, Arthur Fields fought against age and declining health to stay in show business. He could not. A severe stroke on March 11, 1953, and a devastating nursing home fire 18 days later ended the struggle.