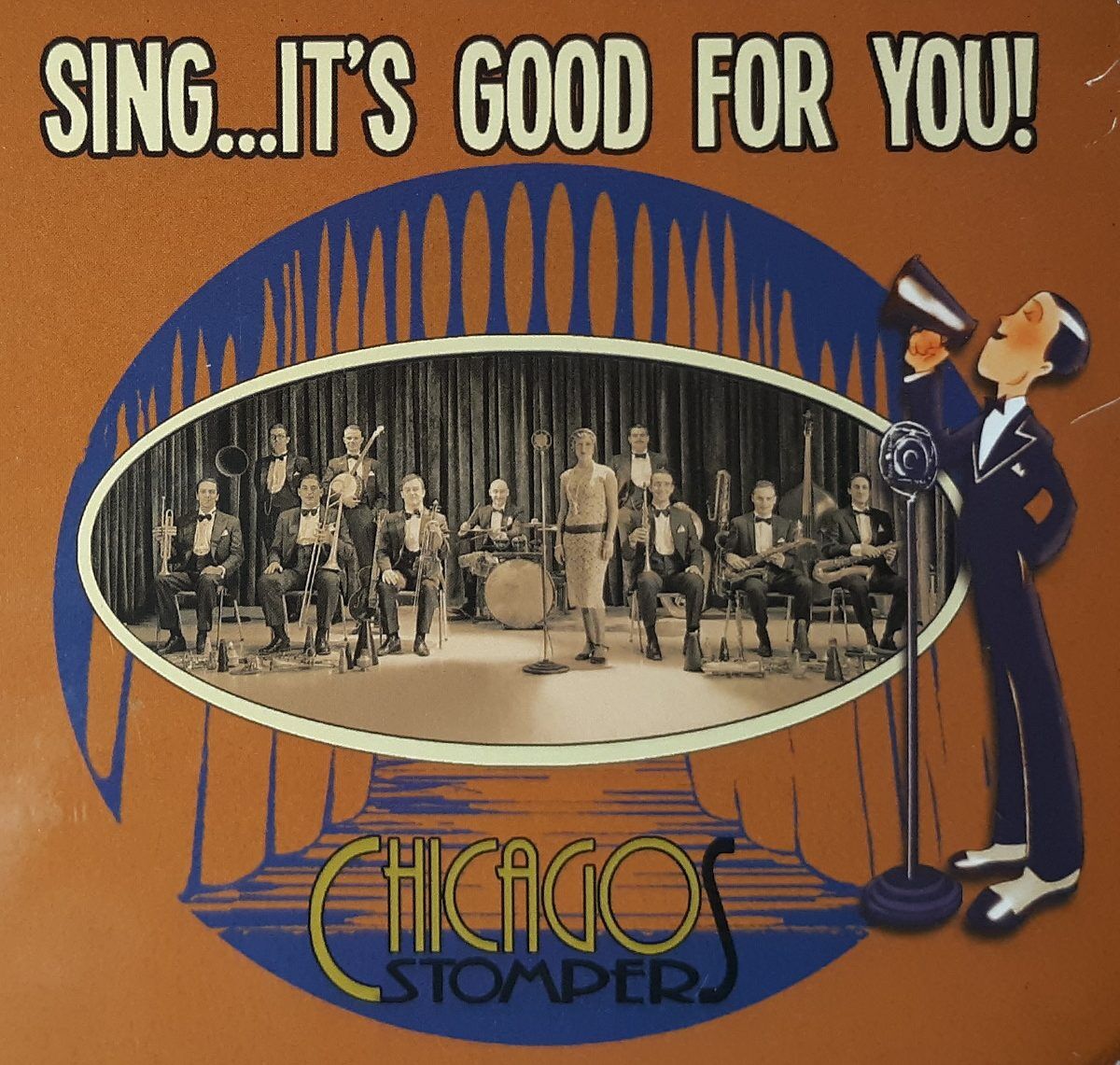 Hard as it is to imagine an in person jazz event these days I’m going to dream big. Someday I hope to see an old time battle of the bands featuring three similar but distinct groups from different corners of Europe. All three specialize in the large band hot dance music that immediately preceded the Swing Era. All three are fronted by a vocal team of beautiful women, and all three improbably flourish while towing the line of authenticity to a style lacking both the recognition of the public and the legacy of revival that other traditional jazz styles enjoy.

The first is Alex Mendham’s Orchestra from the UK, which was featured on our cover in May. The second is The Bratislava Hot Serenaders of Slovakia, whom I reviewed a few months back. The third is the Chicago Stompers of Italy. Successful enough in their endeavors that long time readers may be familiar with them from coverage in The Mississippi Rag.

Almost 20 years ago the The Chicago Stompers were enthusiastically welcomed onto the scene as an unusually young group of musicians. They’ve maintained that vitality as long time members age by welcoming young musicians from Italy’s growing vintage jazz scene. A scene in which they’ve played a vital role.

The band uses period instruments, and the arrangements from Mauro L. Porro sparkle with authenticity. A band this big, eleven musicians plus frequent guests, needs to know how to entertain, and their stage shows are productions. Period costumes and stage settings add to the charm. They’ve appeared at major jazz insider events like Whitley Bay and Ascona as well as knocking out the general public at civic engagements.

That charm follows them into the studio in the form of period recording techniques, including, for the vocalists, vintage condenser microphones. Sing… It’s Good For You! is a uniquely professional production from start to finish, a must have even if you have stopped regularly expanding your collection. The titles and performances flow between upbeat dance numbers and bright vocal vehicles like “Cheerful Little Earful”, catching the optimistic spirit of the 1924-1933 period they specialize in. Think of the white bands of the later 20s with a little more oomph.

The generous 19 tracks mix familiar tunes like “Goodbye Blues” with more obscure English numbers, and very obscure (to English speakers) Italian classics. There is also an Italian translation of “Dinah” many will enjoy. I have a unique appreciation of both material in foreign languages and of accented singing but even people who typically seek out neither will be enamored by Elena Paynes captivating and truly period style. The arrangement and delivery of “Amapola” is divine.

The breaks on songs like “The Merry Widow’s Got a Sweetie Now” highlight their talents as soloists but the beauty is when the band disappears into tight arrangements. Each track is its own well crafted moment. That well practiced professionalism carries over into their live performances which I encourage you to enjoy on YouTube.

The final “Bonus Track” requires some explanation for Americans. “Mr. Saxobeat” sounds in their presentation like a lost electro-swing track from the 20s but is in fact their own jazz rendition of a European pop hit that never jumped the pond. It’s certainly infectious and brought them some well deserved attention online.