Digging into the Cornet

While listening to cornetist Nat Adderley light it up during a recent listening session, I thought “Why does he play this aggressive style on cornet and not on the trumpet?” I was thinking of the cliched perception of the cornet, as personified by cornet greats King Oliver, Bix, Bobby Hackett, et al. But think Adderley, Thad Jones, Warren Vaché, Olu Dara, Taylor Ho Bynum, Butch Morris, and Graham Haynes. To some degree, these guys have all broken the bounds of how the cornet is played.

The cornet sound is theoretically mellower and rounder than the trumpet. The horns have the same length of tubing, but the cornet is squashed together a little more and most important, has more conical tubing than a trumpet, which has a cylindrical bore until it flares approaching the bell. The cornet mouthpiece emphasizes this difference. No scientist I, but I assume the acoustic difference may be that the wave form is less sawtooth and more sine.

When the “new wave” of cornet players cited above blow long notes, you can hear the difference between the two horns (especially with the kind of vibrato that Vaché has), but essentially, these guys play the cornet like it was a trumpet, with brilliance, fire, and a lot of upper register—I assume their mouthpiece choice helps accomplish this. Adderley emphasizes the blues and funk, Ruby the swing, Thad newer harmony, Daru and Graham the sonics. and Vaché facility all over the horn. 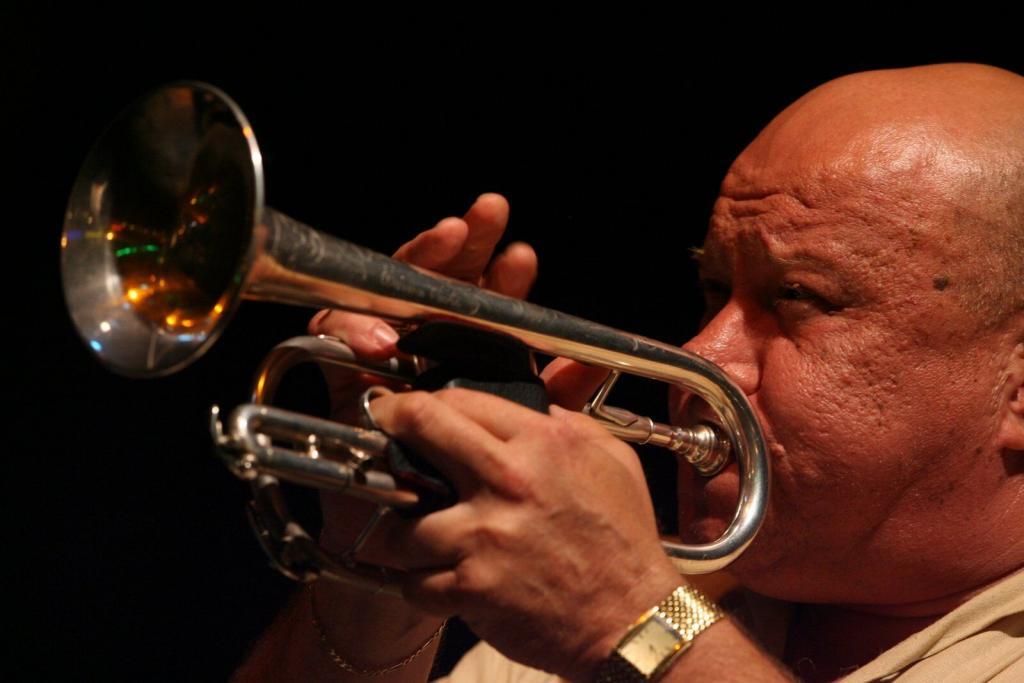 The evolution of a horn is an interesting thing. The cornet was the locus of technical innovation through the 19th century, while the trumpet was still thought of as it was in the Baroque period: a long tube with holes and little else. In 19th century concert bands, which became feeders for brass-centric jazz, the cornet played the melody and the trumpets essentially played fanfare parts. The cornet star of the day was Herbert Clarke, whose technique books trumpet players still use (Joe King Oliver played a Herbert Clark model cornet). To this day, this is the approach concert bands continue to use and anyone who’s played in a marching band can tell you that this is also the case in the classic marches of Sousa or Filmore.

Makers of trumpets began to learn new manufacturing techniques and applied these innovations around the turn of the century, but jazz was an ensemble music and cornet fit in better. Freddie Keppard, Louis, and Bix played the cornet (Bix said the trumpet had “a pee-wee tone”), but eventually, Armstrong stretched the limits of the cornet to the breaking point and switched to trumpet in the mid-late 1920s.

People have postulated many reasons for the switch, but Chris Albertson says that Armstrong told him that Erskine Tate felt that having one short horn in the trumpet section might be an aesthetic eyesore. Louis’ influence was pervasive and the cornet lost ground. Through most of the 20th century, it never regained its popularity, except with “Dixieland” or “trad” players. For brass doublers, the pendulum swung hard to the hyper-mellow fluegelhorn.

One musician whose cornet work always stood apart from the norm was Rex Stewart, who pressed the cornet into sonic areas even few trumpet players ventured into. You might say he was the progenitor to Nat, Ruby, Thad, and company, who brought the cornet-trumpet cycle all the way back around. Where once Armstrong broke through the limits of the cornet to get to the trumpet, they’ve done the reverse. For a young brass player—especially one aspiring to improvise—it’s become more of a decision whether to study trumpet or cornet.