How To Win Friends and Influence People…At Jazz Festivals

I’m sure you’ve all met him before…there’s one at every jazz festival. You know…that guy. That guy who corners you at the bar after the performance, to critique the band you’ve both just heard. Of course, this critique isn’t really about the music…it’s to let you know how much he knows about jazz.

And these guys are often hard to avoid—just a little eye contact is all the invitation they need to approach and divulge to you (the unsuspecting audient) the full history of jazz. You didn’t ask for it, but you’re gonna get it anyway. Worst part is, more often than not, that guy has little idea what he’s taking about.

But have no fear: I’ve come up with a simple defense strategy for your next run-in with one of these self-proclaimed jazz intellectuals. You’ve got to outjazz him. Your goal is to intimidate, and eventually repel, by making it seem you know more about jazz than he does.

But Professor, I hear you say…I don’t know enough about jazz to pull it off! Don’t worry, faithful reader. People with no idea about jazz make whole careers talking about it. (They’re called critics.) And if critics can invent pseudo-intellectual dribble about something they don’t really understand, then so can you!

Here’s your defense strategy: firstly you need to invent a fake jazz legend, and then a fake album. For the name of your jazz legend; use a combination of royal title, physical attribute, and the surname of a President. Some examples: King “Lame” Johnson, Duke “Fats” Jefferson, or Prince “Baldhead” Carter.

(Your artist shouldn’t be from New Orleans. It’s too obvious! Try the Midwest…Iowa, for example.) 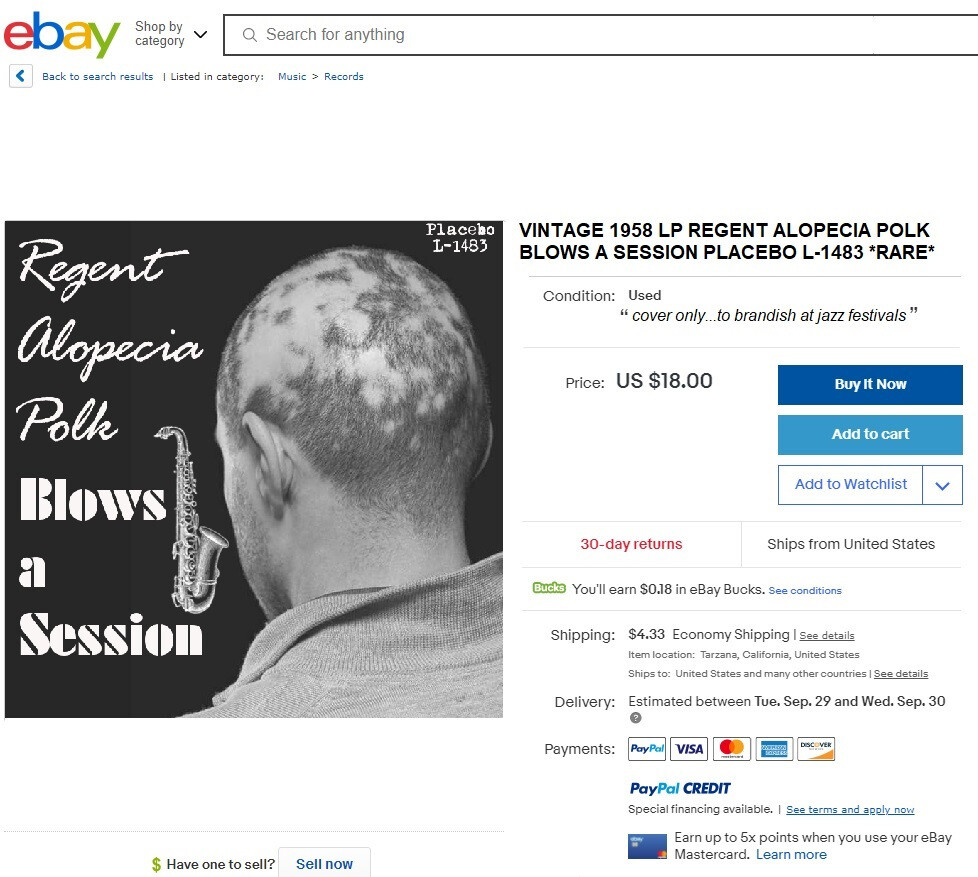 Now to put your fake jazz legend into action. Your goal is to outdo your antagonist with jazz knowledge. He’ll probably start the conversation by comparing the band you’ve just heard to a jazz great. Something like: “That trumpet player sounds good, and somewhat reminiscent of Rex Stewart. Do you like Rex Stewart?”

Of course it doesn’t matter if you know Rex Stewart. Put your fake legend into action: “Yes, Rex Stewart is an obvious choice, but I could also hear in his playing one of Rex’s influences. Do you know Count One-eye Washington? (It’s even possible at this point your antagonist may say he knows your musician to not seem stupid.) Next, further expound your fake jazz knowledge: “Oh, you really have to listen to his album Blows the Blues, it’s one of the seminal works of the jazz canon.” (Using words like seminal, canon, works, etc… makes it seem like you’ve read fancy books about it.)

If your antagonist is stubborn and questions the validity of your album, tell him it was released on a Japanese label (in truth, a lot of albums recorded and released in Japan never made it to the US, so this will be hard to refute.)

-whatever point he makes, come back with something bigger. For example, if he says Bix Beiderbecke is great, reply: “Phff, he doesn’t hold a candle to Archduke No-Toes Obama..”

-if you feel really out of your depth, comment on the drums. Nobody knows what the hell they are doing anyway, so it’s a safe bet no one will argue your point.

-walk around with a copy of The Syncopated Times under your arm so people will assume you’ve read it.

-if you really want to seem like you know your stuff, get a hat or a vest, and cover it with buttons from other jazz festivals (you can always make your own buttons. No one checks…)

I hope this advice helps repel unwanteds, and maybe even establish your jazz dominance at the next festival! If you do get crowned the next jazz guy, you may not end up with too many friends, but on the bright side you’ll probably get the bar to yourself.