I haven’t been to High Holiday services in a very long time. My last memory was crashing Yom Kippur services at my local synagogue where I was hit on by a very beautiful Israeli guard who was hired to keep the Shull safe. In the past he was part of the elite Massad or so he said. We made out at my apartment during his break. I am not a one-day stand kind of gal always preferring appetizers when I am not certain of the establishment. Did my indiscretion on the Highest Holiday of the Jewish calendar lead to a less than stellar 15 years since? If she is a just and fair G-d, she knows it was really crap nooky and that length of punishment would be excessive….yet he we are.

I have been thinking it might be nice to get back to synagogue—not because I think kissing up is the way out of my current doldrums, but because I need some kind of community and there is a cultural shorthand that I enjoy with my fellow Yids. I like Judaism as far as religions go, not just because I was born of the faith but because as a religion it shuns fire and brimstone, preferring guilt-tinted reflection. There is no Get Out of Jail free card granted via confession. It’s more pragmatic: do your best, it’s all you can do. Once a year, while hungry, mull over your stink pile of transgressions and do better next year. I don’t fast; I get too dizzy and, except for that make out session, I am perfect. No doubt the Rabbi at the service I went to would have more to add to my Judaic cliff notes. I am no Talmudic scholar.

This year I decided to attend the evening services for Rosh Hashanah at a local park. I walked around the curving pathway from the parking lot and saw the beautiful lawn. People milling about and the white chairs set apart from each looked more like an art installation than seating. Then the most lovely sight of all: a large band was setting up, and I instantly felt buoyant! The drummer tightening some screws, the flautist doing whatever it is they do to flout. I felt giddy taking it all in, the congregants in this beautiful nature-made sanctuary and, then in front of them, sat my tribe…musicians! It was a gorgeous late summers eve, the weather was perfect, I was in a flowing white skirt and the birds were just seconds away from wrapping me with garland. And then that single obtrusive thought.

There are four major sects of Judaism: Orthodox: Following all the rules that were established thousands of years before refrigeration. (I find all “Orthodox” religions scary.) Conservative: more progressive, less oppressive, still very rooted in the traditions of the Torah. Reconstructionist: An offshoot of Conservatism. Reform: the most liberal and free form. If inclusion is what you want, it’s there in all but the Orthodox. In fact, Conservative Judaism ordained its first female Rabbi in 1985.

This service was being led by the Rabbi from the same local Synagogue where my not-so-kosher encounter took place. Her sermon on that day was about those we have lost. It affected me in such a profound way, tears streamed unchecked, a gentle sob shook me. If I had to face a tribunal for my sins of the day I am sure I would have been pardoned due to her sermon. Clearly I needed comforting.

She is an amazing writer and, while her voice doesn’t match the weight of her content, it would only take a few minutes to get used to its timbre. Our vocal cords are just a genetic crap shoot. Her gifts lie in her ability to weave a powerful narrative. She is a published author with international recognition. She comes at Judaism and spirituality through the back door of our humanity. She uses personal stories and our collective cultural experiences to get the congregation to think on something from a new perspective. She is powerful and she does instill a desire to reflect.

When the Rabbi left the Conservative Shull she eventually decided to go rogue and lead her own congregation which, by the definition I read on the internet, is “experimental.” Her goal was to grab disenfranchised Jews. There is still a sprinkling of Hebrew, but this is really Judaism for the people who want something removed from their past experience. She is aiming for those Jews who feel spiritual but aren’t going to Synagogue. She stated in an online interview that she realized Jews were finding spirituality in other places, such as yoga and churches, and she wanted to bring them back to Judaism.

She’s not completely wrong. I have often internally screamed during yoga, “Pleases G-d let this end.” It makes sense that she cooked up something that does indeed feel like Church. Which is definitely a clever niche market to go after. Her sermon that night was once again masterful. It left me thinking about so many things, including the fact that I almost left before she spoke and how what a shame it was that I probably would never hear another one of her sermons again—not because I prefer a less churchy approach, but because I could never sit through her singing again. The male lead singer who played guitar was not much better, but his tonal character wasn’t as jarring. Alone or together, there was never a break from this auditory Molotov cocktail.

Everyone knows their strongest talents and if they are smart and aren’t led completely by ego they lean into those. We all know of musical performers who are not great vocalists. They speak-sing, they have a warble or have a very different type of vocal pattern or an amazing swing! Their other musical strengths and their ability to communicate through lyrics propel them forward. I am not a fan of the perfect disembodied voice—there has to be something behind it, or I get bored. Storytelling is always more important to me as a listener than musical perfection. Cantors are notoriously amazing vocalists. Is that necessary to find spiritual fulfillment? Absolutely not, but in the lingo of my people “It couldn’t hurt.” This experiment in Judaism didn’t necessarily need a Cantor. I would later find out there were voices in the mix that could have been dialed up a bit.

But who would ever dare to tell a Rabbi who leads her own congregation that singing is not her strong suit? 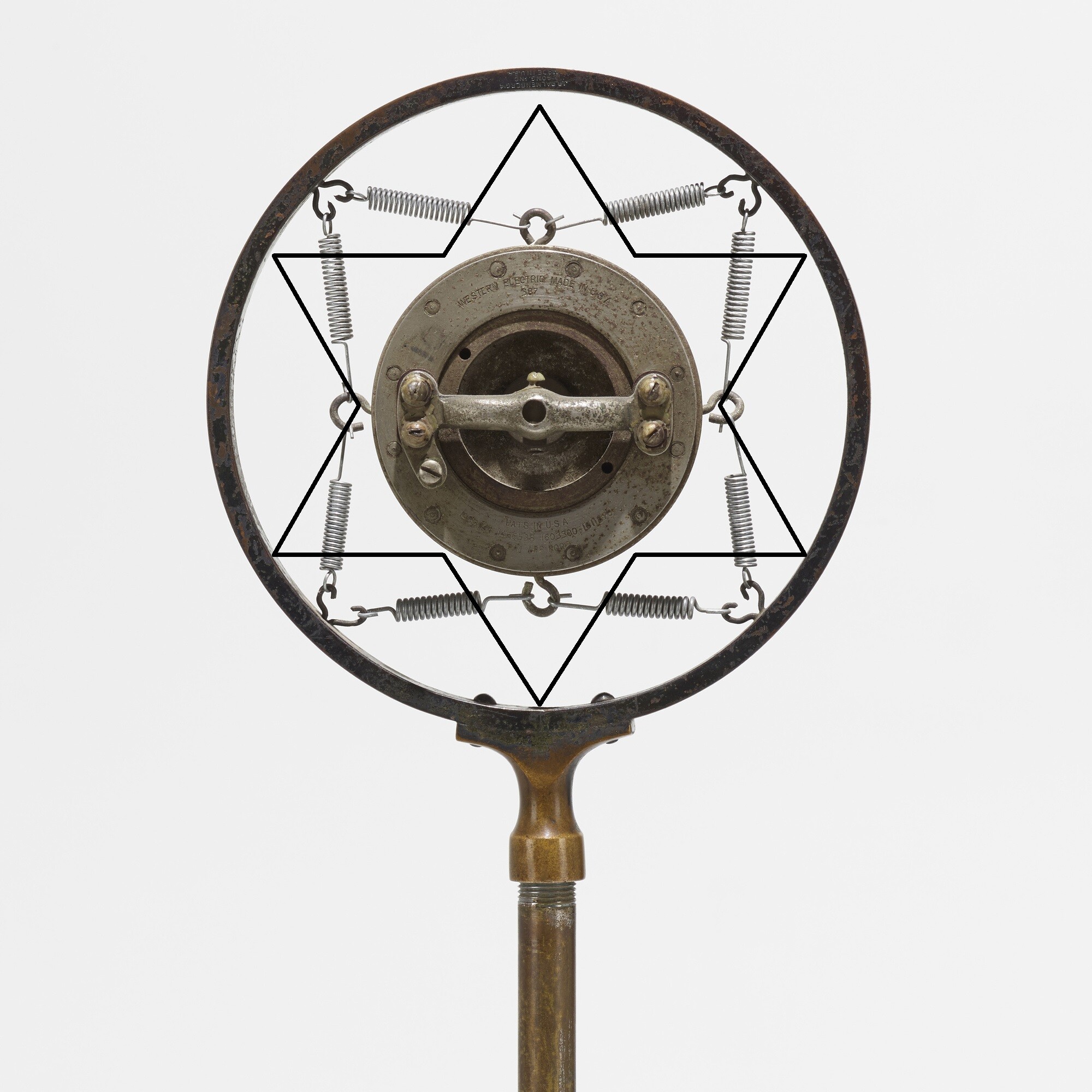 If wiping the slate clean is necessary to involve the disenfranchised, then I understand the need to reinvent. If having a more folk-christian rock sound is what you think will bring in wayward Jews, go for it. What I don’t understand is why someone who is a bisl tone deaf would want to be amplified and lead the singing. I found out later when I did more research that her new congregation borrows a church’s chapel for their once a month Shabbat service and uses many of the church band members in their band. In retrospect, that made sense of the music I heard that night. The highlight of the service was when I recognized a musical quote that was woven into the jam. It was “Day by Day” from Godspell, the hit 1971 Broadway musical that is based on the Gospel of The New Testament. That tune has a great hook and it’s pretty dang “Churchy” even if it was written by Stephen Schwartz, a nice Jewish boy.

After her amazing sermon I got up to leave because the singing started. It was a nice walk across the lawn. I was not the only one leaving but that wouldn’t have stopped me. At the beginning of the service, when the voices first came thru the speakers, I kept looking to see if others were as confused and uncomfortable as I was. My disbelief was genuine and really I couldn’t believe my ears.

As I continued my exit across the lawn I heard this beautiful voice starting to sing alone. I came to a dead stop, whipped immediately around and walked closer to the band. The voice was coming from the Asian woman who had been on violin. She had a connection to the lyrics and was a joy to listen to. Buried in the ninth inning of this service this talent was given one song to sing. Someone doesn’t like to share.

The day after I briefly alluded to my experience on Facebook not naming the congregation or Rabbi, someone in the comments guessed who it was. I texted her. She is a writer (not a musician) and she knew this Rabbi and she texted back “I wish ______would stick to writing books and leave music alone.” She has a group of congregates who can ignore or don’t hear what I heard, but there is a sizable portion of humans that just won’t be able to stick it out to hear her valuable views on our world. Which means her mission statement to give back to community, to bring people together won’t be as fully realized. The Rabbi will continue on just like the Emperor did with his new clothes. It’s all a shame, really, when you consider what her sermons could bring to an ailing, post-lockdown population.

Ego is not a bad thing; in fact it’s vital to success in many ventures. The New Testament is full of warnings of unbridled pride. The Old Testament makes it clear that humility is not to be confused with self-abasement, and success in life is possible with humility. One could argue she wants her new take on Judaism to be informal and full of passion, so she leads the way by amplifying a horrible sound. She is brilliant and I am not buying it. It’s fun to sing on a mic! There is a reason Karaoke is so popular. Whether you are singing poorly or fantastically, the same amount of endorphins go ping ponging and you feel good. It’s a great release without the risk of getting pregnant. There is also a reason booze is involved.

I didn’t want to leave early. I wanted to enjoy all of it. I needed to be around people. I was disappointed.

If you are a true believer, you might think I was slightly punished for being upset with a Rabbi. I was unable to find my way back to the car park and I was disoriented, it was dark, and I started to get nervous. But really: if the Almighty was as pissed as I was, my car would have been stolen.