In my April 2018 column, I wrote of the accomplishments of the good people of Texarkana and the work they are doing to preserve their musical history and specifically their ragtime heritage and celebrate their vicinity as the birthplace of Scott Joplin and his music.

David Mallette, Executive Director of the Regional Music Heritage Center in Texarkana, with support from several dedicated local leaders and enthusiasts continues to wage an enormous public relations effort to inform the people in the Texarkana area about their legacy. And, as is often the case, it is a challenging effort to say the least. His determination and his huge contribution of personal time, effort and financial assistance is beginning to have an impact on local attitudes. 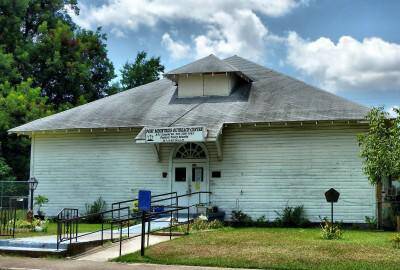 Currently Mallette is appealing for support to preserve the Orr School in Texarkana, Arkansas, where Scott Joplin studied as a youth. It seems the future of the building is in doubt and the appeal is for support to both restore the structure and to find an appropriate use for the old school.

I enjoy following accounts of their activities online, so when I recently read this rather urgent appeal from David, I took notice. When I contacted him about his appeal, he was generous in sharing his optimistic hope for the restoration project.

I distinctly remember Jerry Adkins proudly showing me Scott Joplin’s old school building, when I was invited to the Texarkana Centennial Celebration there in 1973. Since there are so few actual structures associated with Joplin left, I was excited to see this landmark still standing. Jerry was an early advocate for promoting Texarkana’s musical heritage.

The original two-story school building at 831 Laurel Street was built in 1880 according to the School and College Listings website, with “funds contributed by a prominent Texarkana family to help Black children master the skills of reading writing and arithmetic,” according to a Roots Web article by James Watts. After a fire in 1920 the structure was rebuilt without the second story as it is today. Instead a building was added to the rear to house what had been upstairs. It is only a city block and a half from the Texas/Arkansas state line and just across the state line from the Area Chamber of Commerce. 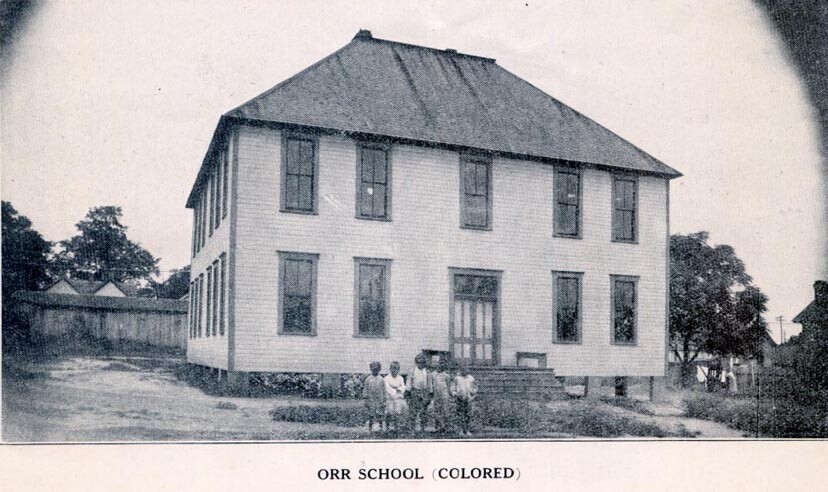 In 1968 the building was purchased from the city by the City Federation of Colored Women’s Clubs and it has been used for a variety of activities since then. Mallette believes there are currently only two members of the Federation still living and that they are anxious for a reputable group to take over the ownership and restore the building. It currently houses the Posey Ministries Outreach Center.

It is uncertain when the Orr School was actually built. If the Roots Web citation above is correct, then Scott and Robert probably went there in the grade school on the first floor, because they are listed as “in school” in the 1880 census. David Mallette says the inside “footprint” is probably the same as the original and he likes to think that young Scott Joplin walked the same floorboards visitors walk today. He also explains that the first floor is still divided into classrooms and the front right room must have been a kind of assembly space with a stage.

In the 1970s, at least two members of the Texarkana community recalled Scott Joplin attending the Orr School: Mr. George Mosley claimed to have attended with Joplin as cited in the nomination for the school to be placed on The Historic Register of Historic Places (Taylor, March 1976.) Zenobia Campbell is quoted as saying Joplin attended the high school (on the second floor) in 1886 or 1887 (he would have been nearly 20 years old) in James Haskins’ and Kathleen Benson’s, Scott Joplin: The Man Who Made Ragtime, Doubleday, 1978).

It is very likely that Joplin’s theme of the power of education in his opera Treemonisha may well have been first instilled by educators in the Orr School, built by a committee from the education board, Thomas Orr, chairman.

In 1976 a plaque commemorating Joplin’s career was placed at the school by the Association for the Study of Afro-American Life and History donated by the Amoco foundation.

Other than the Scott Joplin House in St. Louis owned by the Missouri State Department of Natural Resources and operated as a state historic site, the Orr School is the only other building still standing directly associated with Joplin.

When I inquired about plans for a restoration campaign Mallette expressed his hope that the Regional Music Heritage Center might one day operate the building as a museum and performance venue. He would suggest exhibits relating to Joplin’s career occupy one gallery and the Federation of Colored Women’s group should also be honored with a permanent exhibit.

First however, funds will have to be raised through contributions and grants once an action plan is formulated. The next step is for the Heritage Center Board to ready themselves or another formal group to acquire the building, adopt a restoration and use plan, and then begin to raise funds.

I left my conversation with David, feeling that his passion for the effort and the local work of the Regional Music Heritage Center combined with the Scott Joplin Support Group aggressively led by Carol Collins-Miles will ultimately be successful.