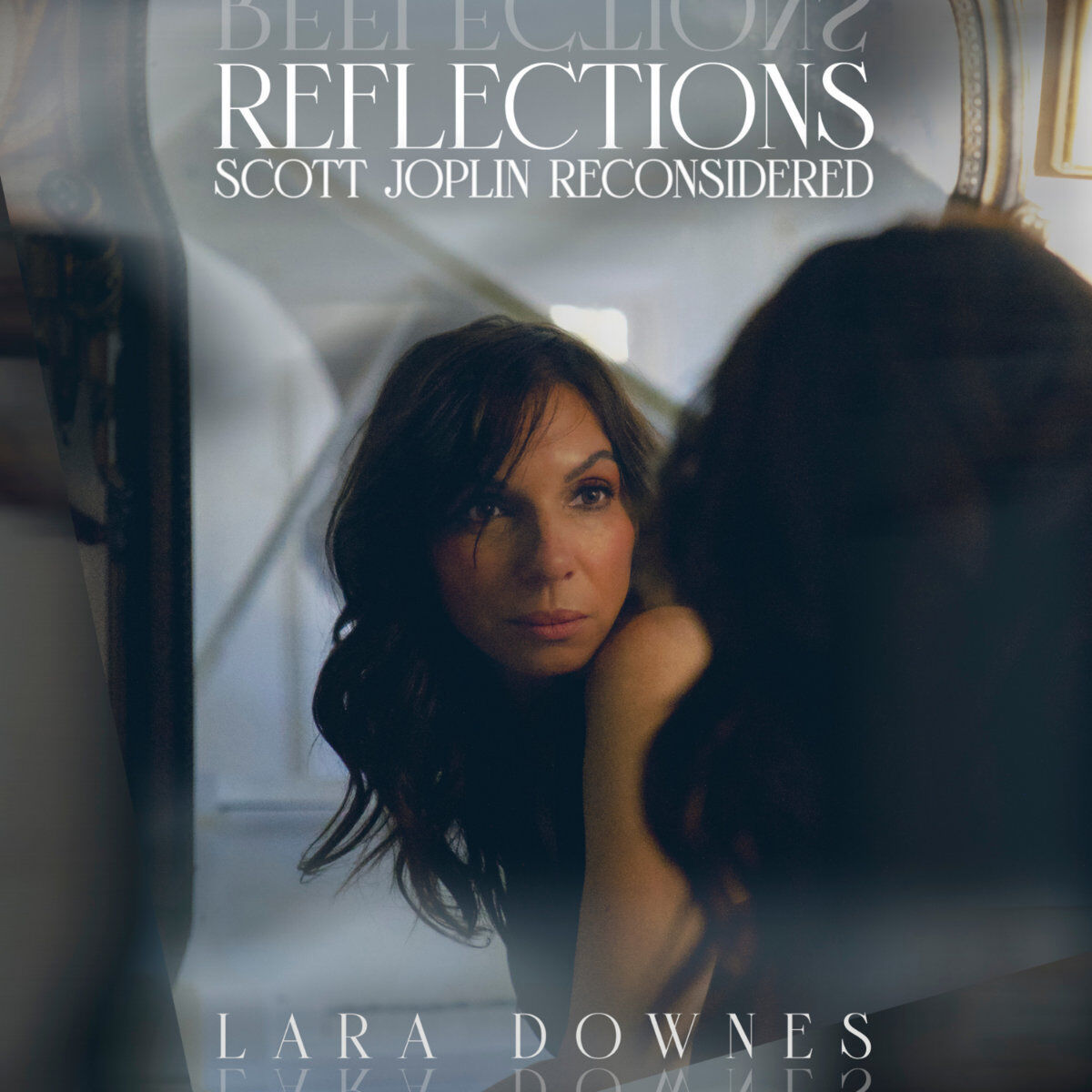 Lara Downes is a classical pianist who, in addition to the traditional repertory, has been exploring unappreciated Black composers. While Scott Joplin can hardly be considered “unappreciated,” Downes, who has been aware of Joplin since her early childhood days when she saw The Sting and learned to play The Entertainer, feels there is another dimension to Joplin that should be explored. That is why, on this CD, she “reconsiders” Joplin.

What does she mean by “Reconsidered”? In the CD notes we read: “Pianist Lara Downes reflects on the music of Scott Joplin through a 21st-century lens, revealing its many layers of genre-blurring subtlety and nuance. . . . His story is ready to be retold.” That’s an intriguing statement, but leaves us wondering how a 21st-century lens may lead us to reconsider Joplin’s music. In various interviews about the CD, we find a few more hints, such as in the New York Times (2/24/2022), in which Downes says that she will filter Joplin’s music through musical experiences available to her that could not have been available to him: “What I know now came after him. He didn’t hear what William Grant Still was going to do, what Ellington was going to do. He heard none of it. But I have.” Such statements increase our interest in what she does, but still without clarity. So let’s see what her performances reveal.

The CD has seventeen selections. Downes, playing piano, is on all tracks, but performs solo in only nine; she is joined by a few other instrumentalists in six selections, a vocalist in one, and a chorus and instrumentalists in one. She opens with the “Prelude to Act Three” from his opera Treemonisha (1911). She plays with a liberal use of rubato—a centuries-old technique of brief speeding up or slowing down for expressive purposes, frequently followed with an immediate balancing speed change in the other direction. Another surprise is that she totally omits the prelude’s third of four sections. The CD notes have no comment on this structural change, nor on a few others that are to follow.

In the CD’s first rag, Weeping Willow (1903), Downes restricts her most obvious rubato to the four-measure introduction. Perhaps in keeping with a post-Joplin view, she then plays with a lilting, jazz-like swing, replacing the ragtime passages notated as even sixteenth-notes with phrases that alternate long and short notes. She is not alone among today’s ragtime performers who use this type of swing, although most do not. Comments about ragtime from its earliest days observe that its swing results from the syncopated melody; sixteenth-notes were notated and played evenly (as confirmed in period recordings). It wasn’t until ragtime’s waning days in the mid- and late-1910s that evenly-notated passages were gradually replaced with phrases of alternating long-short notes, producing the type of swing that became characteristic of jazz and pop.

Downes plays Peacherine (1901) as written, though she has extended pauses after the B strain and the reprise of the A strain, a type of pause she makes also in several other pieces. At times the pauses are sufficiently long to suggest that she has ended the composition, only to resume a moment later. She uses considerable rubato in Chrysanthemum (1904), and Reflection Rag (published posthumously, probably composed ca. 1907–08), less in Euphonic Sounds (1909). Her performances of Heliotrope Bouquet (1907, with Louis Chauvin) and Swipesy (1900, with Arthur Marshall) are characterized by jazzy swing.

Eugenia is the most problematic selection. I initially thought that the piano was playing only the low notes of the bass, with barely audible plucked strings (banjo?) doing the left-hand, off-beat chords, and another plucked string instrument playing the melody. (As Joplin marked the music legato—to be played smoothly—staccato plucking would be the opposite of what he wanted.) But emerging from the melody, seemingly played by a plucked string instrument, is an occasional and unmistakable piano sound. As the CD’s program lists the piece as a solo piano performance, without other instrumental accompaniment, I wondered how the plucking sound was produced. I consulted with a colleague (John Graziano) who, after a few suggestions that we rejected, came up with what may be the answer: felt placed between the strings in selected registers, thereby dampening the strings and creating the plucked sound. As such “prepared piano” techniques were pioneered by John Cage in the 1930s (inspired by Henry Cowell’s experiments a decade earlier), Downes’ use of this technique would fit into her intent of presenting Joplin in a way that he could not have envisioned. However, I don’t see that the prepared piano reflects a 21st-century lens or in any way enhances our appreciation of Joplin’s music. Another anomaly that stands out is that in the second section, the B strain, the first two phrases (mm. 1-8) are repeated before continuing on to measure 9, an unusual instance of structural alteration.

For Maple Leaf Rag (1899), Downes is joined by a string quartet and clarinet in a marvelous arrangement by Stephen Buck that features striking and inventive countermelodies. Other instruments join in also with Magnetic Rag (1914) and Bethena (1905). Elite Sycopations (1902) has Adam Abeshouse joining Buck as co-arranger and as violinist, contributing fine countermelodies, punctuations, and musical comments. Noticing that The Entertainer (1902) was dedicated to “James Brown and His Mandolin Club,” Downes invited the collaboration of mandolinist Joe Brent, who performs the “response” portion (mm. 3–4) of the Joplin’s opening “call” theme (mm. 1–2) as well as accompanying melodies throughout much of the piece. Brent also contributes an introduction of sorts to Downes’s otherwise unaccompanied rendition of Solace (1909).

One of the CD’s surprises is Joplin’s early waltz-song A Picture of Her Face (1895). Composed in the sentimental parlor style of the time, it is sung by Will Liverman. But instead of the perfunctory, chordal oom-pah-pah piano accompaniment that Joplin wrote, we hear a vastly improved and imaginative piano part (arranged by Jeremy Siskind). The vocalist mostly follows Joplin’s original melody, but occasionally and briefly veers off into new directions without damaging Joplin’s conception.

The CD concludes with “A Real Slow Drag,” the final number from Joplin’s opera Treemonisha. The performance includes string instruments and the Brooklyn Youth Chorus, an organization that provides after-school, high level vocal training for students from elementary grades through high school. The arrangement makes structural cuts, and passages with high notes are rewritten, but the sense of Joplin’s finale is retained.

This CD is clearly not what one encounters in most of today’s ragtime performances; Downes takes risks in her reconsideration of Scott Joplin, going against what many specialists consider essentials of the style. Among the selections, we hear considerable rubato, jazzy swing, tempo changes within individual strains and from one strain to another, relatively long pauses between some strains, structural changes, and prepared piano. It’s difficult to see how any of this represents a specifically 21st-century understanding of Scott Joplin. But if the risks that Downes takes do not always hit the mark, neither do they entirely miss; among the performances are highpoints to be admired, and perhaps our views of performing Joplin’s music could use a little shaking up, a reconsideration. Whether Downes presents a thoroughly convincing case or not, she is worth hearing.