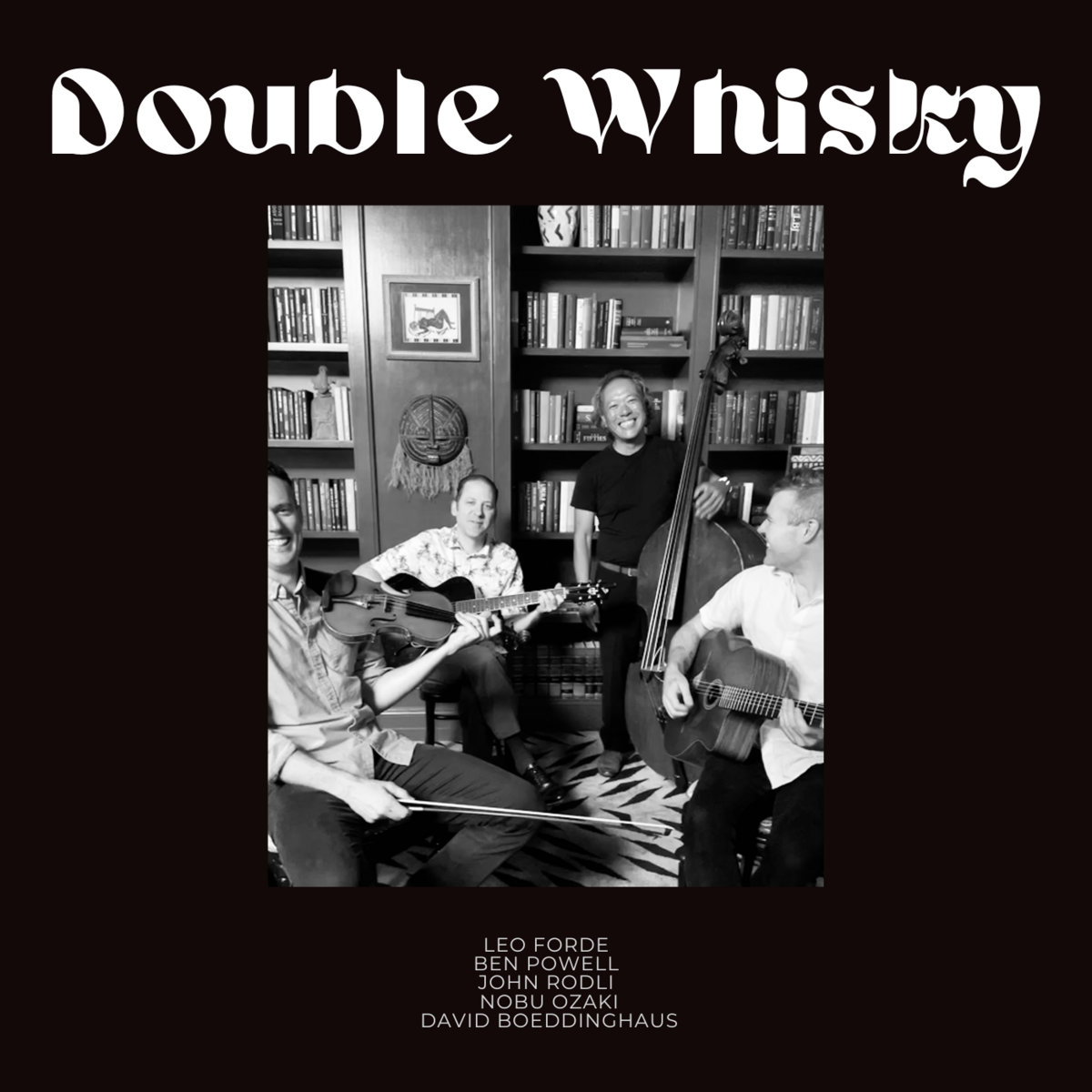 Guitarist Leo Forde has been living and working in New Orleans since 2014 but, I was pleased to discover, he’s one of ours—a Brit (although, being a Scot, he may take offense at that descriptor). He has made great friends over there, in the sense that his friends are also great musicians and singers: people like Meschiya Lake and Aurora Nealand, with whom he frequently works. He’s also established the Gizinti Jazz Band, including rhythm guitarist John Rodli and bassist Nobu Ozaki, both of whom appear on his latest record Double Whisky.

This gypsy jazz offering is a smorgasbord of ten toe-tapping and heart-rending tunes famously played by Django Reinhardt and friends. It also features the Stéphane Grappelli-like string stylings of Ben Powell and piano accompaniment by David Boeddinghaus. Entries on its track list include Gershwins classic “Oh, Lady be Good!” and Irving Caesar’s “Just a Gigolo,” alongside “I Surrender Dear”—Bing Crosby’s first hit, shellacked with Gus Arnheim in 1931.

The arrangements are rich and interesting with Boeddinghaus, Ozaki, and Rodli amply filling the space beneath Powell’s soaring solos, and this goes as much for the slow numbers as the quick ones. Their version of “Just a Gigolo” is a particularly mournful one, in which Powell’s fiddle dances an anxious jig over his bandmates’ morosely plodding accompaniment—like fits of hysterical sobbing punctuating an emotional breakdown. It’s a real tearjerker.

Forde seems mostly comfortable playing second fiddle to Powell’s… fiddle, stepping into the limelight only occasionally, as on “Improvisation on Tchaikovsky’s Pathetique.” The steady pace of “Just a Gigolo” gives him another opportunity to really show off, impressing with an impenetrable flurry of demisemiquavers. That said, he’s always there, jamming along quietly with his own subtle but interesting countermelodies.

My eyes watered during “Double Whisky” too, again prompted by Powell. The violinist takes control from around 1:30 up to about 4:00 in a breathtaking display of stamina, but the thirty second stretch from 3:00 to 3:30 got me all agitated: the extended dissonance between the changes and the solo actually had me wondering if another track had begun playing in the background (as it sometimes does, when I’m cruising Bandcamp for inspiration). It might be a matter of taste, but it seemed a strange choice to linger so long on such a challenging sound. It’s not the take I would have used, for whatever that’s worth.

The album’s opener (“My Blue Heaven”) and closer (“Do You Know What it Means to Miss New Orleans”) are my personal highlights. There are some superb versions of solid classics on this disc, which will be a surefire hit with lovers of Reinhardt and Grapelli’s work. Check out Forde’s Bandcamp page to hear it for yourself and download it in glorious, lossless format for just $15.