My Father and Casa Loma

I was probably the only kid in my grade school who knew about Glen Gray. That precocious enlightenment came about because my father returned one of his business trips to New York City with a copy of the yellow-covered Decca album. I had already shown an interest in older music, including the prewar sounds of Glenn Miller and Tommy Dorsey. Miller somewhat faded in my estimation; I think with his music you really had to have been there. Dorsey still gets me.

But the Casa Loma sound was something else. The band wasn’t a cult of personality, as so many were. They just made solid music, with reliability and precision, playing the excellent arrangements of Gene Gifford. There were stars, such as the incredible clarinetist Clarence Hutchenrider and the personable vocalist/trombonist Pee Wee Hunt. Reedman Gray was front man almost by default.

The band, originally Jean Goldkette’s Orange Blossoms, in 1929 named themselves after the mansion-turned-nightclub in Toronto. If I remember my liner notes correctly, the gig fell through but they kept the name. Six years before the “official” beginning of the Big Band Era, the Casa Loma Orchestra swung hard through the US, most often in what we now call Flyover Country. The Decca LP lacked the earlier sides (which I have more lately found on CD and shellac) but it was one I played often. 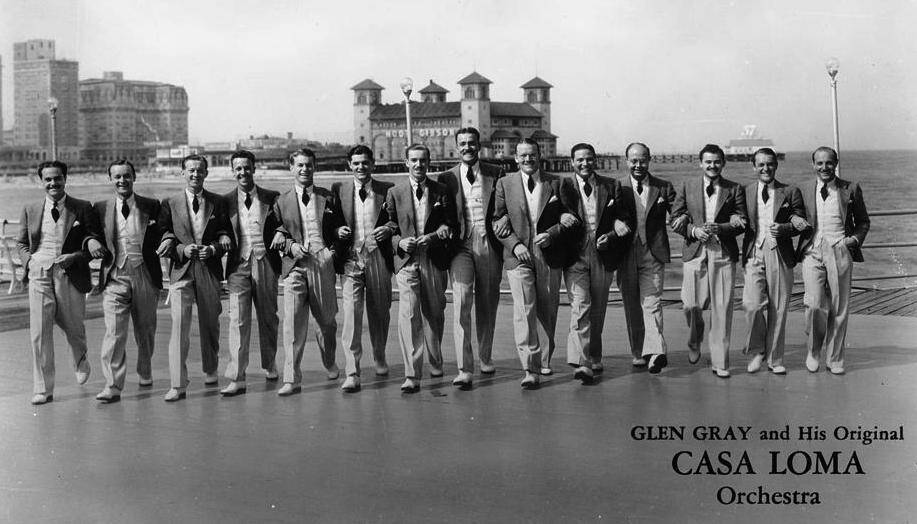 This was an unusual gift to give a kid, but it was one that helped determine the particular (some would say “peculiar”) trajectory of my life. It wasn’t just the knee-jerk nostalgia of “that Glenn Miller—he had a sound” but vital and interesting music that I needed to hear to set me on further adventures in listening. Growing up in this remote city one did not hear anything except what oozed out of the radio or dominated the three big television networks. The Casa Loma Orchestra was an immensely popular big band—and no one, not even the old timers (who were younger then than I am now!) seemed to remember it.

Dad thought the LP might make a positive impression. He was a brilliant man, yet was (as many of us are) all-too human. We’re all damaged in one way or another, and some of us work our way through to the other side of it. He made it to 61, possibly never having known peace, certainly having been thwarted in his ambitions.

I have to forgive him his foibles. Either we’re all forgiven, or no one is. But I owe him a debt of gratitude I can never repay for introducing me to Glen Gray and the Casa Loma Orchestra.