Last night was my first gig back after foot surgery—and it was, thankfully, a fairly easy one. I delegated the herding duties to another musician because my Frankenfoot wasn’t quite ready. I wore extremely sensible shoes that were sold as boudoir footwear with ZERO sexy overtones…unless you have a loafer fetish. Their only redeeming quality is they are red suede. Because it was a fancy affair I felt the sneakers were just not going to cut it. Sensible shoes are my permanent state of shod and have been for years. My shoe drama is a uniquely female struggle when putting together a performance outfit. I can’t quite accept that I will never feel elegant, elongated, or enticing again. Thank you, Madison Avenue. One day I’ll bedazzle a pair of sneakers and be done with it.

Going into this foot surgery I had the great fortune/torture to know what to expect. It was about a year and a half of recovery last time with a secondary quickie surgery when the hardware had to be removed. My foot said “no” to the 2″ screw—which, by the way, my mother has kept as a memento. It lives on her desk in a specimen cup.

Twelve years ago, when my cast was about to come off, I got a call. Right before my surgery I had performed in a show at LA’s Kodak Theatre. (Since renamed the Dolby Theatre, it’s best known for hosting the Oscars each year.) My show was going to be restaged—in Bologna, Italy. The producers were taking only two performers from the original group. My next call was to tell my surgeon that I didn’t care what he had to do, but I was going to Europe. His response was, “You can go. You can’t damage the foot, but you are going to be in pain.” There was a smile in his voice that said, “Knock yourself out, my job is done.”

I had production fly me home out of Barcelona because I was determined to see a part of Europe I hadn’t yet seen—while I had the chance.

This trip was difficult—and great physical therapy because there was always some walking. No matter how close I got to something I’d have to hoof it the rest of the way. If we must walk in pain, having Gaudí architecture and medieval buildings are a great distraction.

I walked with a cane the entire trip yet I had to argue with various humans to be able to use an elevator or get a cab. I am talking full-on battles. I remember once in a Gaudí building I had an incident with a self-important security guard who thought his polyester uniform gave him special Franco superpowers. I was looking at an elevator while he stood there and emphatically said “NO” to my being allowed to use it. Did he think I was a lazy American whose cane was simply a prop?

I also distinctly remember being in tears when the nasty jerk who worked the front desk of my hotel fought with me because I wanted him to call me a cab for a half-mile destination. I obviously couldn’t explain the intricacies of the surgery in Catalan. After much ugliness I got on that elevator and got my cab.

On my way out of town to the airport my driver spoke English. I told him that the Parisians had been wrongly gifted with the Most Surly in Europe title, and that in my experience the Catalans absolutely deserved the crown. He actually agreed. He explained to me that they were a culture that enjoyed an argument.

The surgery has improved and my recovery this time seems to be easier and with less pain overall. (Everyone stop reading and knock the nearest wood or your head.) Both times, recovery mandated no weight on that leg for the full six weeks. Since it was my right foot I couldn’t drive. I did try before surgery and all I could think was: “Do you really need to add car accident to this nightmare?” At about Week Three or Four I started losing my mind being stuck in my Mom’s bedroom. I needed to get out, so friends and even Mom would on occasion take me out and bring the wheelchair with (no small task).

I was self-conscious in the wheelchair, and what made it worse was that I had to have my foot elevated in the chair. I felt like a swordfish minus the charm. There was a gamut of reactions. The staring I understood; the saccharine solicitude was creepy. The worst was when people didn’t “see” me. It only really mattered when I needed to get by them, or if I said “Excuse me” and they still wouldn’t move. Or if they let a door crash in front of me. I don’t do that to ANYONE with or without mobility issues. Speaking of heathens, everyone should hold a door for the person behind them if at all possible. If Emily Post hasn’t said it, I have.

In this life the percentage of humans who will get out of never having had some of their prowess diminished is very small. The goal of life is usually not to check out in your prime. The very process of aging will, for most of us, take something away. Hopefully, what we gain helps that loss. Yes, I know a few are able to run marathons up until they pass in their sleep but it’s not the majority.

In Barcelona, perhaps my life force made people think I wasn’t really disabled. I have real experience to prove that pain is cumulative and will work your last nerve (as your literal nerves work hard to regenerate). Feeling simultaneously invisible and an annoyance is unpleasant. (I know that seems impossible—it’s like black hole math. Don’t even try it.) This time around I was even more thankful that my mobility issues were not permanent. I have a tendency to jump to conclusions that may or may not be true; mostly these jumps hurt no one but myself. On rare occasions I will jump to a judgment regarding others. Going through this experience a second time has definitely decreased my jumping prowess…in all ways.

I’d also like to let European bookers know that I am absolutely prepared to give Barcelona another shot at me, and I will come ready to spar. Have Hot Jazz, will travel. 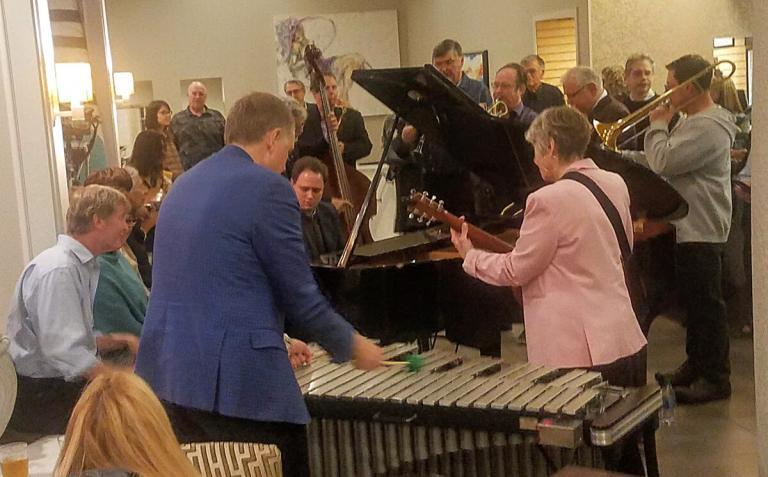 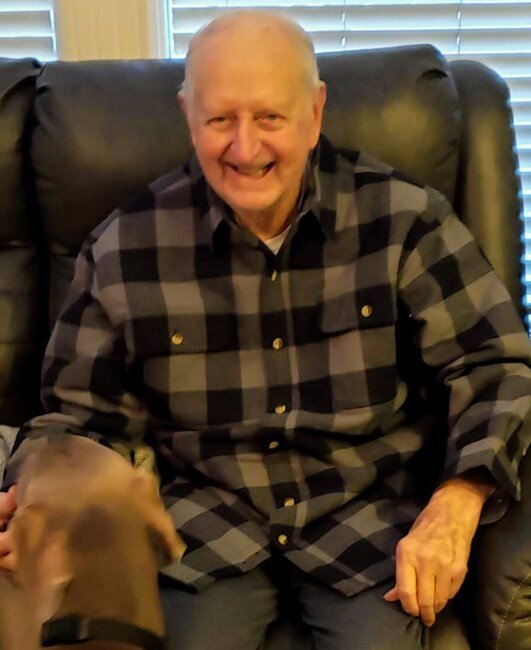 Dick Rippey has passed away at 88 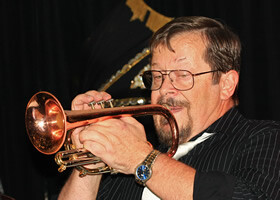 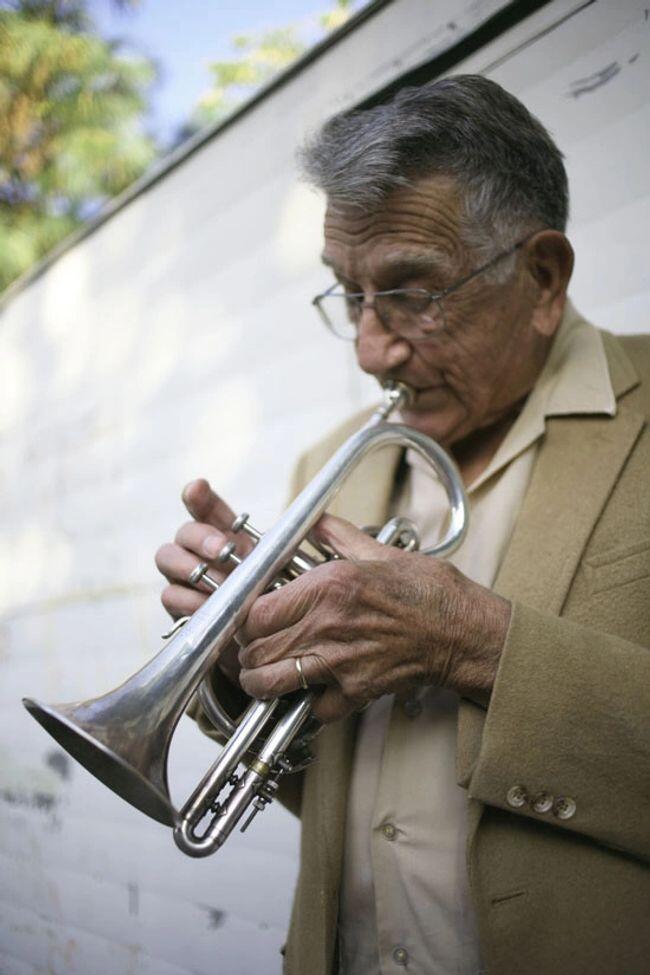 Cornetist Chet Jaeger has died at 97 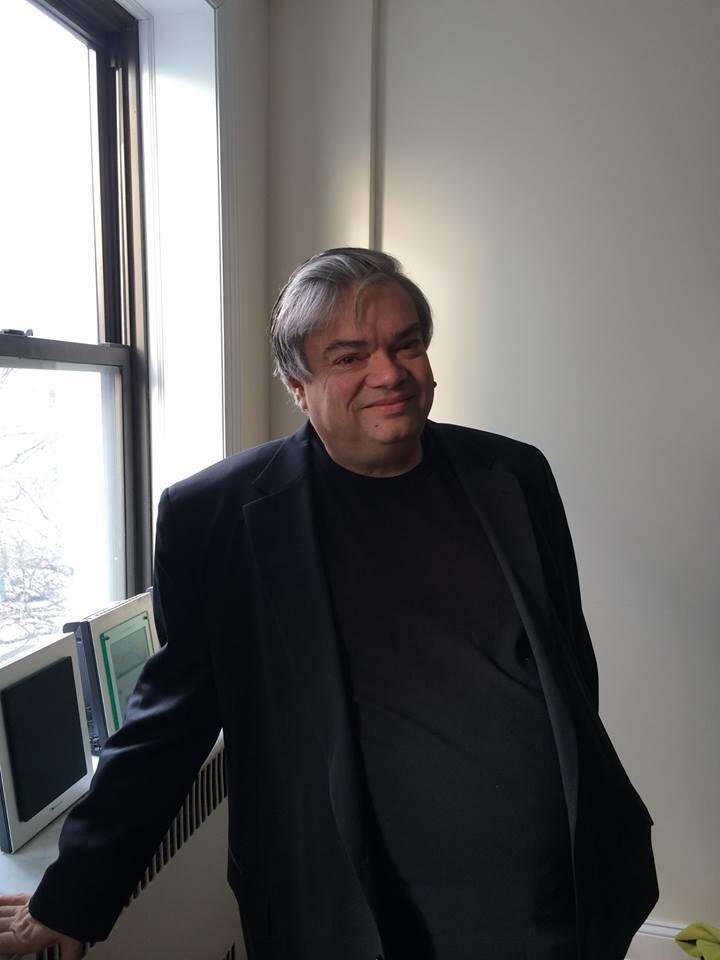 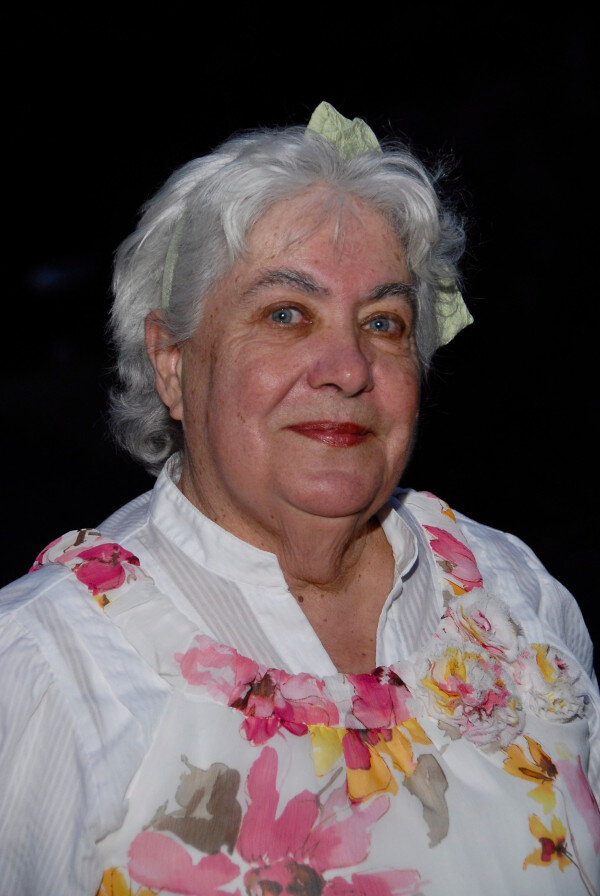