Those zanies are at it again. We’re talking the Ophir Prison Marching Band and Temperance Society LMTD, a collection of 80 or so musicians that’s been known to liven up and also screw up a parade or two with their off-center antics.

Directed by a guy with the unlikely name of Capt. Rufus T. Whizbang who wears an oversize skate key mounted atop a pith helmet, the Ophirs have become the darlings (?) of the Sacramento Jazz Jubilee and Nevada City Constitution Day parades as well as at county fairs, other civic celebrations and concerts. Just anywhere will do, thank you, as long as there’s enough beer to go around, around and around. 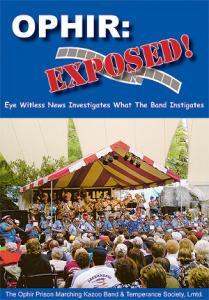 Now, here they are in living color on a digital video disc (DVD) with a dynamite title (Exposed) that enables the band and viewers to take full advantage of their shtick that is about as subtle as an elephant dancing in a duck pond. Most of the footage comes from appearances at the Sacramento Jazz Jubilee though there are also scenes of the Ophirs in action at Nevada City and perhaps other locales.

Typical of the slapstick is footage of the Ophirs marching the wrong direction down the Opening Day Parade route in Sacramento, Whizbang flinging his plumber’s-friend-baton into the air and standing hopelessly waiting for the PFB to return only to have it land in a trailing bandmate’s hands.

While the Ophirs are best known for their tomfoolery, the fact remains they are also very good musicians, a point the DVD drives home with a number of scenes finding them performing at festival concert sites. Their send up of a medley of songs from The Sound of Music and an arrangement of military service anthems attest to their musicianship and a swinging take of “In The Mood” provides space for talented soloists.

However, the DVD is more than music, though for some, that would be enough. Instead, the first third of what appears to be a scripted flick is devoted to a tongue-in-cheek attempt to trace the origin of the Ophirs and to locate the non-existent Ophir prison.

The search leads Captain Whiz to “discover” the possibility that the Ophirs are direct descendants of the Pilgrims and also the probability their roots also became entangled with framers of the Constitution.

Bizarre? What else would you expect. The same could be applied for the futile effort to locate either the Ophir Prison or the ruins thereof. Needless to say, it’s a ton of fun watching the various leads end in blind alleys or nowhere.

In sum, if you’ve seen the Ophirs doing their thing, then the DVD is a must and if you’ve not seen them previously, then the video disc will make you realize you’ve been cheating yourself of a treat.

And with luck and a parole officer’s blessing, the Ophirs will accumulate enough Get Out Of Jail Free cards to film another day in the life of lifers. 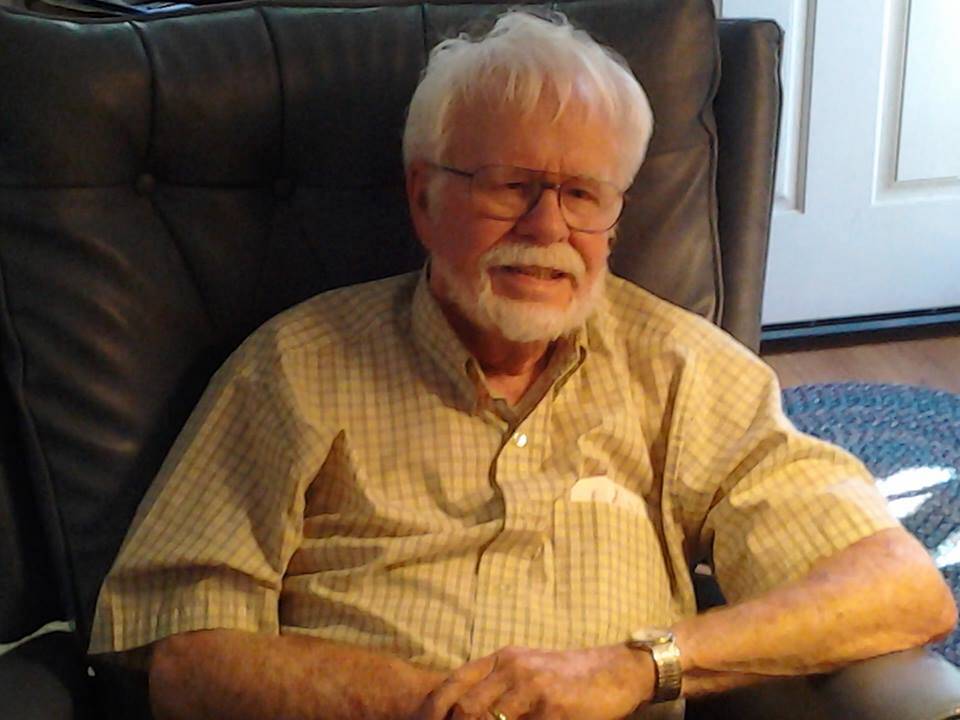 For more than two decades as a member of The American Rag editorial staff, Cam served as Festival Editor and wrote his “Rim Shots” column and “Choice Cuts” record/CD reviews. He died in 2017. Read: Remembering Cam Miller