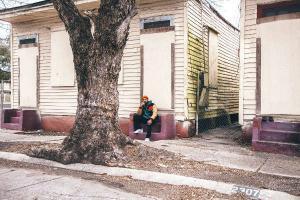 Last spring we ran a story about the plight of jazz pioneer Buddy Bolden’s New Orleans home. At that time the church that owns the property had just been cited for “Demolition by Neglect”. They purchased the property in 2008 without knowing its history. Though plans were always in the works to save it nothing concrete ever happened and the building slowly suffered in the New Orleans heat.

The stalemate is finally over. In the face of serious fines if work didn’t begin to shore up the property by the end of April the church found a savior close to home.  It turns out the Bishop of the church, who himself is a well known Gospel singer, has a son who knows and loves the deep history of New Orleans music.

P.J. Morton grew up in New Orleans East but as he told me “I went to preschool next to Buddy’s house, my whole childhood until I left for college was ten steps away and I had no idea who Buddy Bolden was until a few years ago. And if I don’t know, as a musician from New Orleans, I don’t think many people do, and that’s why I’m excited about this opportunity to educate the people in the neighborhood and all over the world about what happened here.” 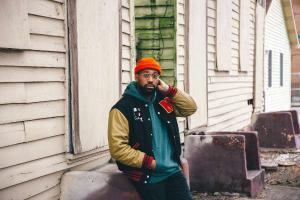 P.J Morton’s Grammy-nominated solo works have a Stevie Wonder positive soul vibe to them and draw on the sounds of New Orleans, including its latest wave, Bounce. He even had an album named after the city. Since 2012 he has also been the keyboardist for the rock group Maroon Five. The band has had many hits, they even headlined the Super Bowl Half Time Show this year.

P.J. Morton, no relation to Jelly Roll, has big ideas for the Bolden House, and for a neighboring shotgun double also owned by the church. He sees Bolden’s building as representing the past, and the shotgun to the right of it as representing the future.

When I got him on the phone he had just finished touring the properties with workmen from the Preservation Resource Center so I asked him how it was going:

“Today was about walking through and actually developing the plans with the engineer on the project from the Preservation Resource Center. The restoration part is really important and they are thinking about things I wouldn’t have thought of at all, one of the guys had a mallet with him to see if under the stoop might be the original brick that was there. Because this is what they do, I’m a musician who has the passion for this project but I don’t restore homes, I don’t know anything about that, so they’ve started to actually make this move because they understand all the intricacies about it.”

The Bolden house is in good hands with the PRC which was responsible for restoring Kid Ory’s home and has long advocated for the Bolden House restoration. As Morton described it to me, “the actual home will feel like a turn of the century home that is actually lived in, how it would have been lived in when Buddy was there”. That availability is a marked difference from the Ory home which was restored and then returned to private residential use.

The other half of the shotgun double in which Boldon lived will be a museum. Because there is only one picture of Bolden, and no recordings, there isn’t much for a traditional exhibit, Morton told me about his alternative plans:

“The museum is going to focus on his lineage, the jazz that he created turned into R & B music, and what Fats (Domino) was doing turned into Rock & Roll, and even Bounce music here in New Orleans represents what Buddy stood for which is ‘I know what Hip Hop in New York is doing, I know what Hip Hop on the West Coast is doing, but we here in New Orleans are going to create this thing that doesn’t exist.'” 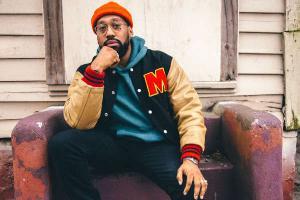 He envisions the second building as a music career workshop for kids in Central City.

“I want to bring the best of the best producers, musicians, songwriters, and even engineers with a focus on publishing. New Orleans has a lot of things that focus on performance where kids can learn to play instruments, what I was missing when I was growing up in New Orleans, and why I had to leave was, the same way (everyone) had to leave was that you need to leave to make a living. That’s because we weren’t focused on the IP, the intellectual property, and the things that come from writing songs that can last forever. Of course Fats, and Allan Toussaint and (the successful guys) understood that very well. So it will be focused heavily on songwriting and production.” 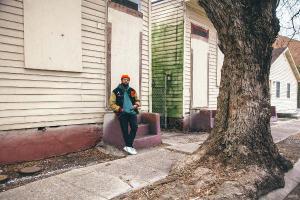 The exact plans for the second building are still being developed, as he disarmingly admitted to me “I’m kind of new on this project, it was just kind of put in my hands, but I feel blessed and honored that I can keep this torch going and really help the spirit of Buddy going forward.”

The Bolden House and the neighboring building will be operated by a nascent nonprofit called Buddy’s House of New Orleans. Plans for a fundraiser are about to be announced. In the meantime donations towards the physical restoration of the structures should be given to the Preservation Resource Center.

The photos of PJ Morton visiting the Buddy Bolden house were taken by Patrick Melon on February 15th 2019.