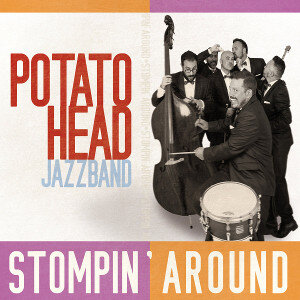 Formed in 2003 in Grenada, Spain, the Potato Head Jazz Band has stayed somewhat under the radar—my radar, at least—until now, and that is unfortunate as it is a fine band. This is their third album, and there have been some personnel changes from the first two CDs, Antonio Fernández informed me in an email. However, the band’s aim has not changed from the onset: to play the jazz of the early 20th century faithfully but giving it their own signature.

This album impressed me on several counts. First, all of the musicians are extremely well-versed in both their instruments and the métier—traditional New Orleans-style jazz. They have obviously listened long and hard to the New Orleans masters. Second, they essay all forms of traditional jazz—blues, stomps, rags, marches, etc., most represented here. The result is a varied tune list and an entertaining program. And last they have some extremely interesting arrangements of these tunes, the author(s) of them not being credited, and this last is what differentiates them from many other bands.

All arrangements are very good, but I was particularly struck by several. “Maple Leaf Rag” is taken as a fairly leisurely habanera. All the instruments take solos, including drums, and on the latter Luis Landa plays tastefully, mainly on rims and cowbell, backed by stop time from the rest of the rhythm, as he does again on “Harlem Joys”. Several of the tracks arrangements feature many breaks, where there is often a type of call-and-response between the one taking the break and the rest of the ensemble or the back line, such as on “Riverboat Shuffle” and “Kansas City Stomps”. Speaking of breaks, there is a plethora of these, all executed flawlessly, on tunes such as “Jubilee Stomp” and one of the greatest challenges in terms of breaks, Jelly Roll Morton’s “Black Bottom Stomp”.

There are many other jewels scattered through the program. “Once in a While”, taken at a moderate tempo, opens with an interesting ad lib chorus played by the front line without backing. Another arresting opening is that played by Fernández on single string guitar, then joined by soft trumpet and ensemble on “Smoke Rings”. And there is the beautifully scored ensemble intro in broken time on “Cole Smoak Rag”. 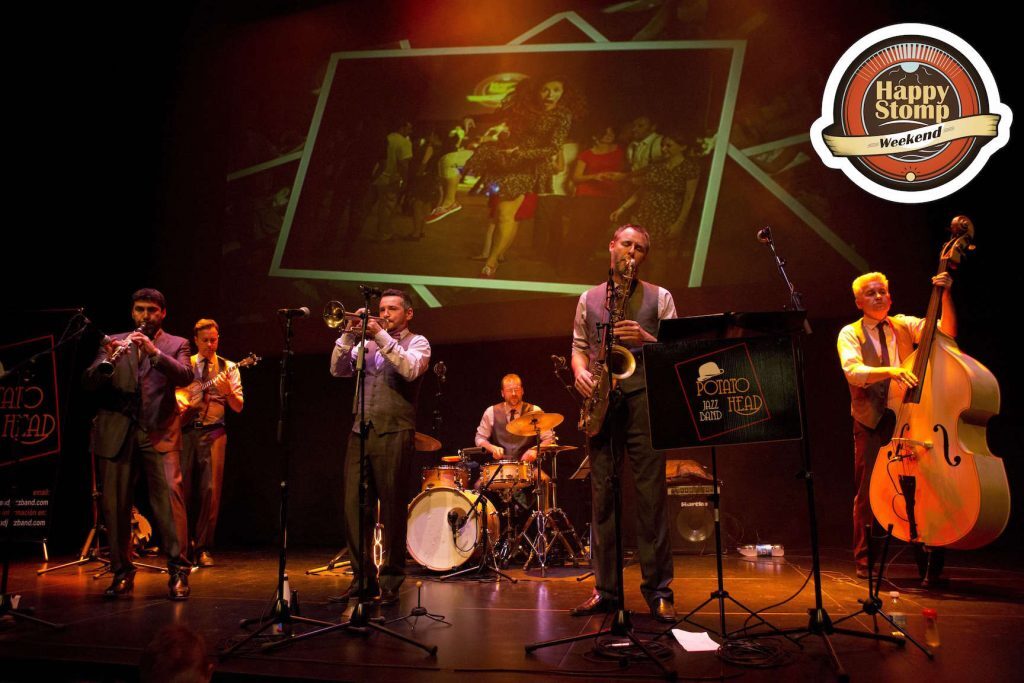 Closings, too, have their moments. “Once in a While” ends on a stop-time chorus played by the ensemble behind the trumpet lead. “Smoke Rings” ends with a rubato close on trumpet. And “Jubilee Stomp”, taken at a breakneck tempo, ends on a descending set of ensemble chords, leaving it off in mid air!

All of this is brought off to perfection by the musicians involved. Alberto Martin and Valentin Garcia deftly handle their mutes and are flawless with fast tonguing, witness “Jubilee Stomp”. The front line has no trouble with any of the registers, no flubbed or cracked notes, no squeals or squawks. All of that is quite remarkable since apparently there was little or no editing done—these were all first takes. Only a few small quibbles. First, the balance could have been a little better—the string bass tends to be a bit over-recorded on some cuts. Second, the composer of “Riverboat Shuffle” was Hoagy Carmichael, not Bix Beiderbecke, who is credited on the back panel. Bix and the Wolverines were the first to record it. And lastly the playing time is a bit skimpy—there was room for a few more tunes.

But these are minor cavils. This CD gets two thumbs up from me and deserves to be on the shelf of anyone who loves traditional jazz.

A physical CD can be ordered at www.potatoheadjazzband.com.