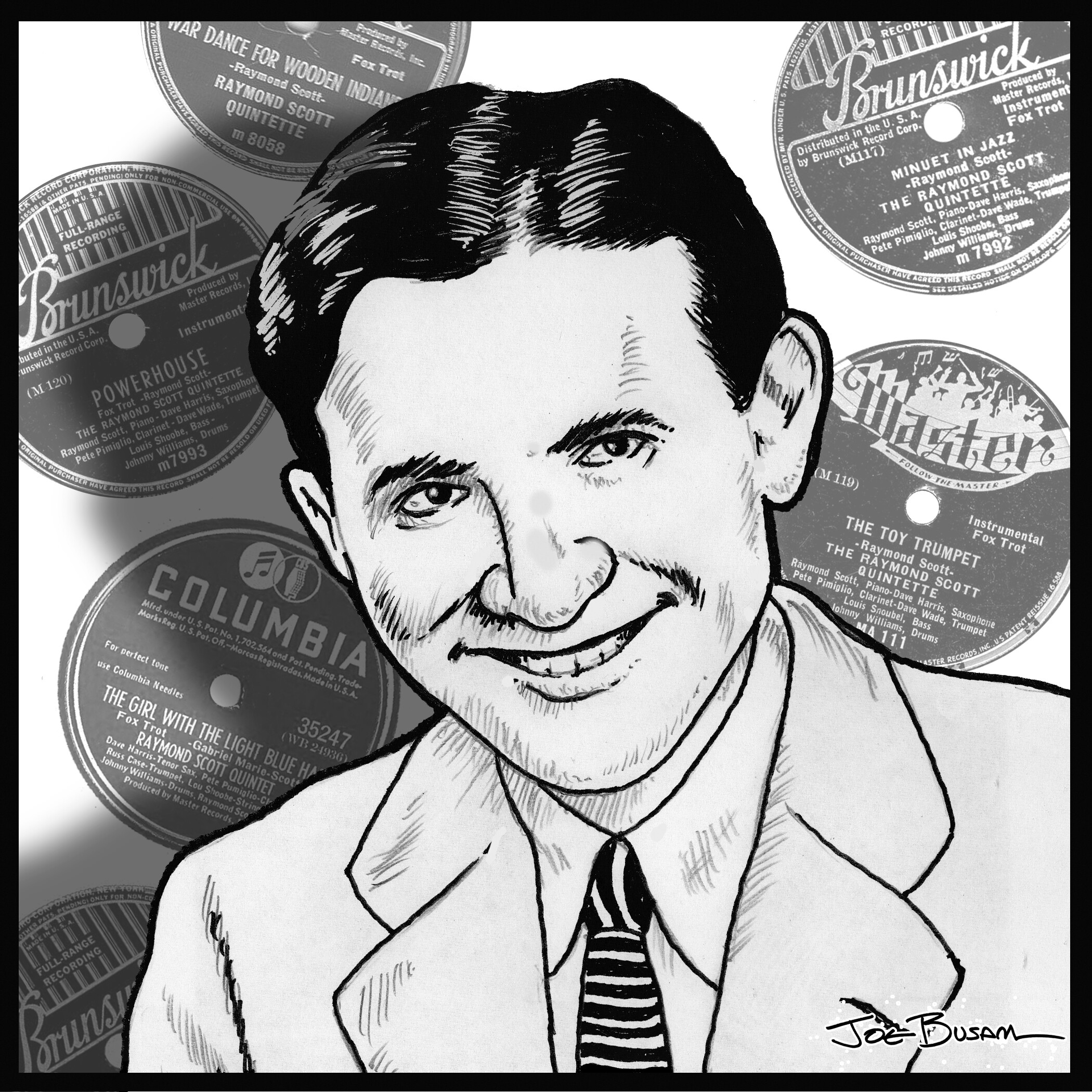 Harry Warnow, known to us as Raymond Scott, was born in Brooklyn, New York, on September 10, 1908. Warnow grew up with parallel interests in music and technology. His older brother Mark was a violinist who encouraged Harry’s musical training and career. Harry attended Brooklyn Technical High School but also the Juilliard School of Music, where he studied piano, theory, and composition and graduated in 1931. His two passions were to intersect often.

Mark Warnow, by the 1930s a conductor at CBS Radio, hired Harry as pianist for the network house band. Harry played in the CBS orchestra under his own name. When he began submitting compositions to be performed under his brother’s direction, he wrote them under the pseudonym “Raymond Scott” to avoid implications of nepotism.

Also under the name Raymond Scott, in 1936 he formed his (six-member) Quintette from a pool of fellow CBS musicians. This group was assembled with the aim of performing and recording Scott compositions, such as “The Toy Trumpet,” “Twilight in Turkey,” “Powerhouse.” The initial recordings were made for Irving Mills’ short-lived Master label, then for Brunswick and Columbia. In 1939, Scott’s six-piece group became an orchestra, making their last few records for Decca before the recording ban in 1942.

In 1943, Scott sold his entire catalogue of compositions to Warner Brothers—in time for them to be adapted by arranger Carl Stalling to accompany more than 120 classic Looney Tunes and Merrie Melodies cartoons. Their ubiquity over the ensuing decades ensured that Scott’s oddball music would be more than just a Swing Era footnote.

Through the 1940s, Scott would continue to conduct and compose. He took over as music director for Your Hit Parade in 1949 after his brother Mark (who had been conductor) died, and wrote his Suite for Violin and Piano in 1950.

In later years, Scott pioneered in electronic music, devoting years to his Electronium and occasionally releasing albums of electronic music. Focusing on invention and experimentation, he grew increasingly secretive about his work, and seemed destined for obscurity. Happily, producer Irwin Chusid connected with Scott and revived interest in his music in the early 1990s.