Last December, after wrapping up the layout of my January issue and launching it into the world, I was privileged to revisit what had been my main preoccupation before I decided, like Kane, that “it would be fun to run a newspaper.” My neglected avocation, in fact, was in some measure responsible for me sitting in this chair and typing these words. Were it not for my big mouth (and the records it accompanied) the chain reaction never would have been initiated.

Throughout life I have constantly found myself doing things that I never thought I could do. I cannot, under any circumstances, ascribe this to a surplus of confidence. In fact, were I not crippled by self-doubt and inhibition, there’s no telling what I might have accomplished. I should have realized long ago that my tendency toward self-effacement was limiting my chances. Every time I have dared to try something—and felt the terrifying adrenaline rush borne of risk and danger—I’ve succeeded beyond all reasonable expectations. Nonetheless, I remain at heart a scaredy-cat.

What I seem never to have had is mic fright. I read of performers who panic at the thought of facing a microphone, and I can’t fathom their terror. What causes the beads of perspiration to well up on my brow is the prospect of talking on the telephone—making a cold call, such as for the purpose of pitching a radio show. But once in front of that mic, I’m like a Mohawk fifty stories up.

In 2005, on hearing from a friend that the radio station at Hamilton College was looking for “community broadcasters” to fill hours of dead air during the summer months, I dragged my unprepossessing self into the studio to propose a program consisting of recordings made before 1940. This show, RADIOLA!, was admittedly modeled on The Big Broadcast, hosted for many years by Rich Conaty. While those in and around New York City got to enjoy Rich’s delightful selection of prewar jazz and pop every Sunday night for decades, there was nothing much of the sort on the airwaves in my bailiwick.

I’d reached out to Rich about two years previously, and he encouraged my venture—offering advice with collegial magnanimity. I gratefully took his advice regarding pacing and the optimal number of selections to be played during a set between announcements. Beyond that, it was all a matter of taste in music. After powering up the station and doing my first broadcast (learning the board on the air), I began to set a sense of the shape of a radio program. Within a few weeks, I had an idea of the sort of show I wanted to produce.

I intuited, and soon understood, that good radio means more than just playing a bunch of records in any old order. I carefully planned out my playlists the night before a broadcast, framing them on a basic theme, but more importantly, creating a narrative with a dramatic trajectory. I realized I was taking listeners on a two-hour journey and that I shouldn’t swerve suddenly. The mood of the show began light, with the first set after the opening featuring 1920s jazz and dance bands, gradually moving toward the later 1930s and more complex emotions at the end. 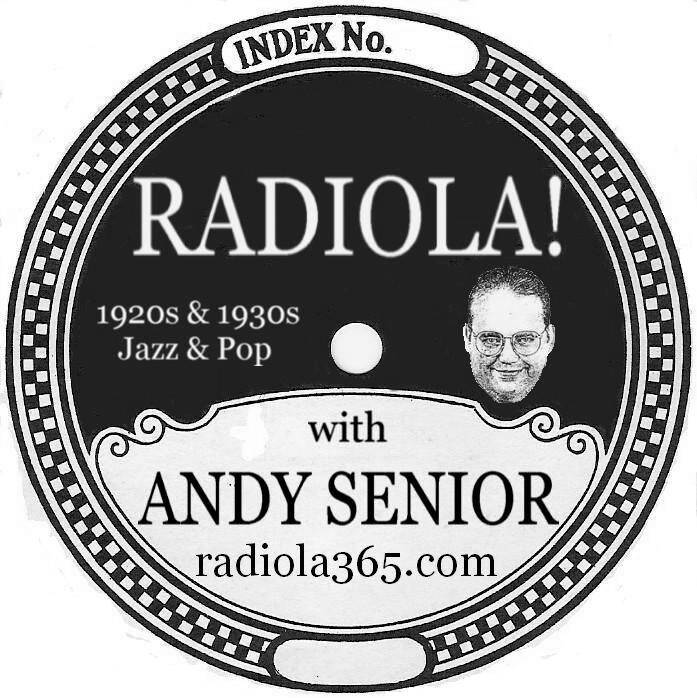 Being good at the microphone is not the same as being good at microsurgery. It’s not even the same as being competent at editing and laying out a newspaper. It may lead to the latter, however—and in my case, it has. Russ Tarby, editor of JAZFAX (the newsletter of the Jazz Appreciation Society of Syracuse), decided to do a story about me. I responded to his emailed questions with voluminous answers (since the other thing I’m not afraid of is a keyboard). Based on my advanced typing skills, I was asked to write a column for JAZFAX myself. When Russ was hired to contribute to The American Rag, I also found myself on staff—without having applied for the job. By the end of that year, I was set to be the editor and publisher of this periodical.

In the past four years, I’ve published 49 issues of The Syncopated Times counting this one. What gnawed at the back of my consciousness was that I hadn’t produced a RADIOLA! program since April 2017. Despite the vaunted advantages of being the proprietor of this paper (though you can’t always get what you vaunt), I missed my show. What I had promised myself (and a few others who had been asking) is that I would produce an all-new four-hour New Year’s program for the dawn of a new decade.

I kept my promise. It entailed restoring several dozen transfers of shellac records that lurked on my hard drive and selecting 64 of them for the program. I then had to record the commentary and assemble the hours of the show. I finished assembling and uploading the four segments—and sending out emails to my listeners—by nine o’clock on December 31, 2019.

For those who are curious, you may download and listen to my long-delayed RADIOLA! program. There were listeners who thought I’d shuffled off to Radio Valhalla who wrote me effusive emails; others knew what I was up to but had sadly assumed I’d never do another show. And then there were those who wrote me notes like this:

“You’ve done it again my friend! This will be great for my recovery from brain surgery. Healed by God to share with everyone.”

Maybe radio isn’t brain surgery, but the demonstrable good it can do is not to be dismissed. Sometimes words alone fail us.