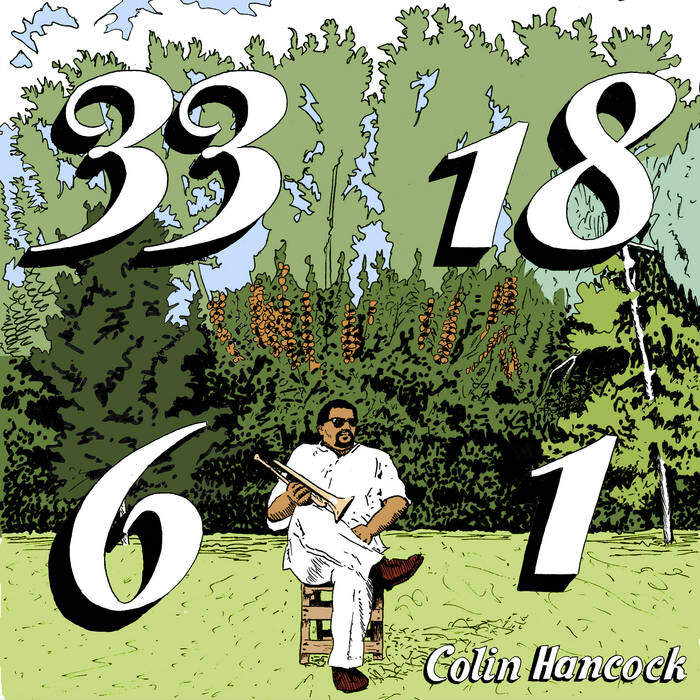 Long time readers will know that we’ve been following Colin Hancock for almost all of our five years. Back in 2016 we discovered him as he was planning a concert at his now alma mater, Cornell, to celebrate the centennial of the Original Dixieland Jazz Band’s first recordings. I profiled him for our cover in February 2018, and we’ve reviewed a few of his releases before.

In every story I’ve written about Colin I’ve told readers to seek out the multitrack recordings he releases on YouTube, and encouraged him to release them as an album. He finally has.

While still in 5th grade Hancock started to experiment with the process of layering tracks of himself playing one instrument over another to create a one man band recording. To accomplish these required him learning all the instruments of a typical jazz band. It was, he said in our first interview, “out of necessity…I wanted to hear what it would sound like if these ideas I had were played by a group. No one in my age group can [play these instruments] so I’ll do this and be able to put these ideas on a recording.”

Even as he got older and found musical peers he never stopped making multitrack recordings. Sometimes he would combine the process with his other hobby of experimenting with cylinder record machines and cut his overdubs to cylinder blanks. He even recently developed a way to record 78 rpm records acoustically.

All this is to say that while many musicians have experimented with overdub recordings in the past year, either as a means of social distancing from band members or to create albums featuring only themselves, Colin Hancock undoubtedly has more experience with the process than anyone else in the trad jazz sphere. You can enjoy hundreds of these recordings on his YouTube Channel, Semper Phonograph Co., but before this record he’d never made them available for purchase or download.

In addition to being a multi-multi instrumentalist Hancock is also an expert on early jazz bands with a uniquely thorough understanding of the mechanics of each band’s style earned recreating each instrumental line. This insight has allowed him to make conjecture records such as what a certain band would have sounded like playing a certain song in 1923. The results are beyond convincing. I hesitate to say it but my favorite performances from Colin aren’t with the bands he has worked with, they are when he is fully in control of the vision and working out every part.

He named this album, 33. 18. 6. 1., which he explains as “33 songs. 18 instruments. 6 months. 5 originals. 1 Colin (or 12 at most)”. The generous 33 tracks are available as a name your price download on Bandcamp, he just likes getting this music out there. They were recorded in the first six months of lockdown while he had returned to his native Buda, Texas from his current home base of New York City.

While studied fans of early jazz recordings will recognize many of the titles only three fall into the frequently heard category, “Cake Walkin’ Babies”, “Stomp Off, Let’s Go!”, and “Pleasure Mad” which is given as guitar duet, an instrument I had not previously associated with Colin. The rest favor the very early, very hot jazz sound Colin excels in exploring. Some titles include notes, for example “Bill Bailey (Papa Celestin style)”, others you need to guess, or simply enjoy. As the title suggests 18 instruments are used, counting many reeds, an instrument by instrument breakdown isn’t included but I would guess most tracks feature a full seven piece or more.

I know of no band producing a sound as true to the records of the 1920s as Colin does when he’s by himself. After you pick your jaw up the floor, and get over the novelty, you can begin to appreciating the music for what it is, a glimpse into the acoustic era studio with a modern microphone. You owe it to yourself to give this one a listen, and support Colin Hancock’s efforts with a download and tip.
____________________________________________________
Colin Hancock is also up for his first Grammy this year. He was nominated for his liner notes to The Missing Link: How Gus Haenschen Got Us From Joplin to Jazz and Shaped the Music Business. The album uncovers several sides recorded in 1916 and argues that they should be regarded as the first jazz on record.