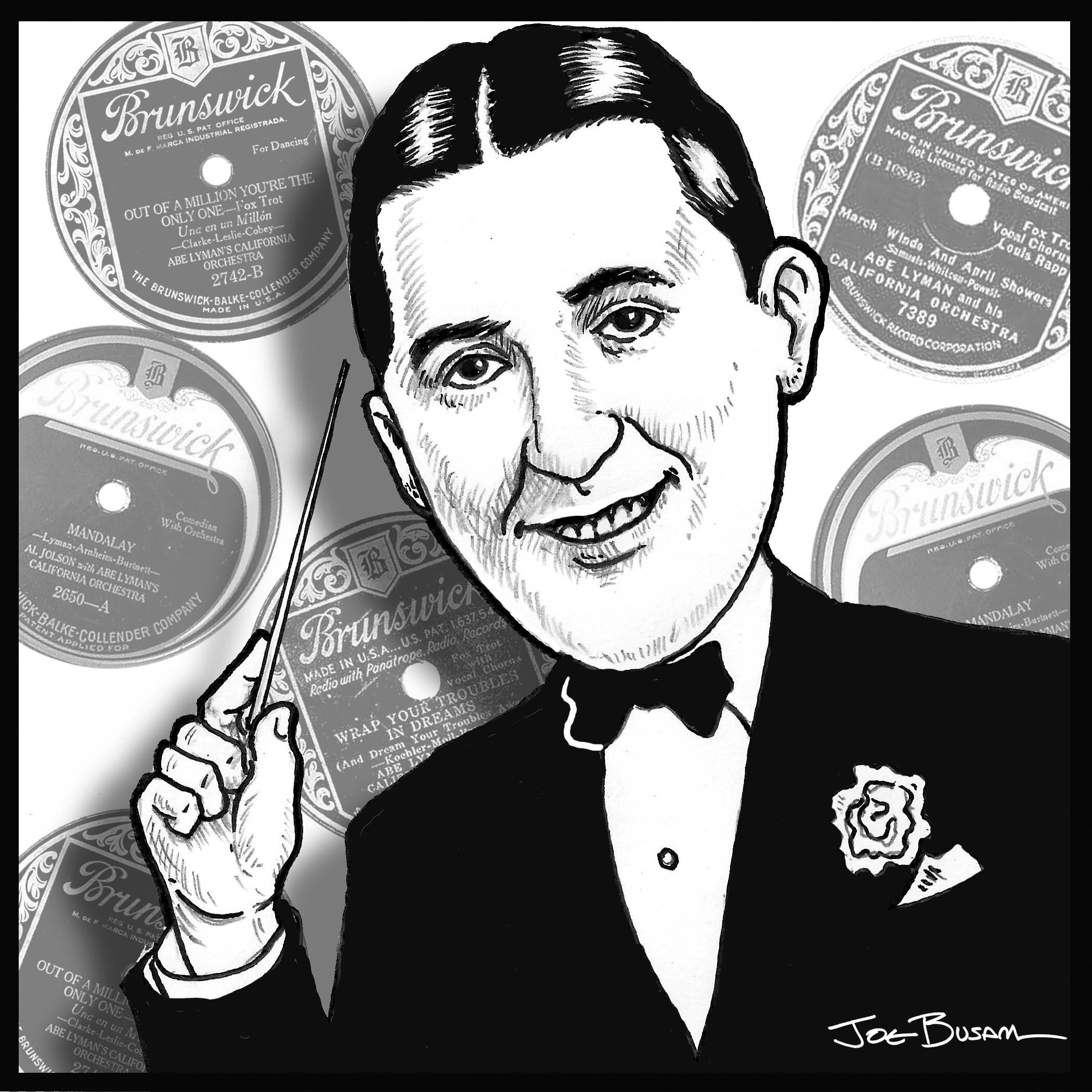 Abe Lyman was born Abraham Simon on August 4, 1897, in Chicago, Illinois. He and his brother Mike changed their last name to Lyman because they both thought it sounded better. Abe learned to play the drums when he was young, and at the age of 14 he had a job as a drummer in a Chicago café. Around 1919, he was regularly playing music with two other notable future big band leaders, Henry Halstead and Gus Arnheim, in California.

In Los Angeles Mike Lyman opened the Sunset, a night club popular with such film stars as Mary Pickford, Norma Talmadge, Charlie Chaplin, Buster Keaton, and Harold Lloyd. When Abe’s nine-piece band first played at the Sunset, it was a success, but the club closed after celebrities signed contracts stating they were not to be seen at clubs.

For an engagement at the Cocoanut Grove in the Ambassador Hotel on April 1, 1922, Abe added a violinist and saxophonist. Opening night drew a large crowd of 1500 guests in the Cocoanut Grove, plus another 500 more outside.

Lyman appeared on radio as early as 1922, broadcasting from the Ambassador Hotel over Los Angeles station KOG. That same year, Lyman’s band made records for the local Nordskog label, and in 1923 began a 12-year association with Brunswick.

The Lyman Orchestra toured Europe in 1929. The band was featured in a number of early talkies, including Hold Everything (1930), Paramount on Parade (1930), Good News (1930), and Madam Satan (1930). In 1931, Abe Lyman and his orchestra recorded a number of soundtracks for the Merrie Melodies cartoon series.

During the 1930s, the Lyman Orchestra was heard regularly on such shows as Accordiana and Waltz Time. In 1935, Lyman left Brunswick, spending a year recording for Decca before switching allegiances to Victor. He recorded prolifically for their subsidiary Bluebird label through 1942. Lyman and his orchestra sat in for Phil Harris on the Jack Benny program in 1943 when Harris served in the Merchant Marines.

In 1947, Abe Lyman left the music industry and went into the restaurant management business. He died at the age of 60 on October 23, 1957, in Beverly Hills, California. –Adapted from Wikipedia

Cellist Leo Crandall has died at 67

The Professor Speaks! Our Interview with Adrian Cunningham

Happy Days (for Dancers) Are Here Again—or They Will Be, Soon

Nights at the Turntable June 2021

Off the Beaten Tracks June 2021