An Important Message from Vince Giordano

What are you—yes YOU—doing to keep traditional jazz alive? That was the recurring theme of my recent conversation with Vince Giordano, leader of the Nighthawks, arguably, or maybe not so arguably, the best exemplar of 1920s and 30s jazz and hot dance music in America. And the question was addressed not just to musicians, but to everyone who loves this music.

Vince has been leading the Nighthawks for over 40 years, but his roots in jazz go back farther than that. He didn’t want to recount for the umpteenth time how he found his grandmother’s 78s at the age of 5; many people have heard that story. Many also know that he studied and worked with a number of musicians who were active in the period—Bill Challis, Paul Whiteman’s arranger during that band’s peak of its popularity (and quality); the Casa Loma band’s clarinetist for over ten years, Clarence Hutchenrider, who was an original member of the Nighthawks; and drummer Chauncey Morehouse, who was in the Jean Goldkette band with Bix Beiderbecke.

Vince is also the country’s number one go-to guy when TV and movie producers need authentic period arrangements. He’s got over 60,000 of them in his house. The Nighthawks have also appeared on numerous movie soundtracks (The Aviator), TV series (Boardwalk Empire) and radio shows (A Prairie Home Companion). Vince and the band are the subjects of a DVD documentary “There’s a Future in the Past.” If you don’t have it, you can get it from Vince. 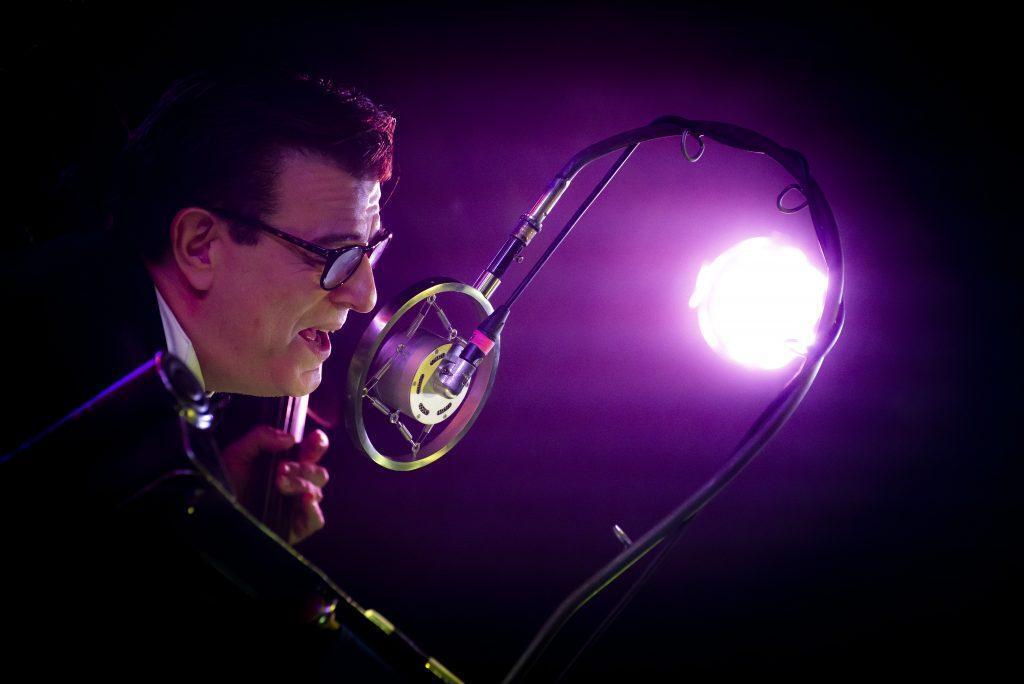 But what most people may not know, despite all this notoriety, is how dedicated a promoter of 20s and 30s music Vince is and has been. This is not just a matter of economic self-interest. Anyone in this business knows that you don’t go into it for the money. I know many professional trad jazz musicians who make what, at best, is a modest living working every night of the year. Some have day jobs so they can live indoors; this is universally true of those not living in a jazz hub like New York, New Orleans, or Chicago. To all of them goes my undying admiration.

But how to keep this music alive and prospering? We are, sadly, continually seeing trad jazz festivals folding, jazz clubs moving into other forms of jazz, and audiences at concerts dwindling. Some of this is just the aging process that we cannot stop. The people leaving us are those who, while they didn’t directly grow up watching and listening to it, got close to first-hand exposure from their parents and from earlier-era bands that were still playing in the late 30s and beyond. Unquestionably, television, and more recently the internet, have siphoned off audiences who used to go to clubs and theaters to hear trad jazz “live.” But these media have the potential to introduce our kind of music to young new audiences. A prominent example is the non-profit Radio Dismuke (early1900s.org), which asks for donations every 20-30 minutes using that very pitch. While this is, on the whole, a good thing, listening to a YouTube clip of, say, Tuba Skinny, is not the same as seeing the band in person.

Vince’s plea is for everyone who likes 20s and 30s jazz to tell their friends and family, take them to concerts or clubs, press for media coverage. He told me that after drummer and bandleader Josh Duffee got the local TV stations to announce the Bix Beiderbecke festival in Davenport, it had its greatest attendance ever. While this may call into question the success of the festival’s own advertising, its reach may be limited to people who are already devotees, some of whom would have attended anyway. Outside publicity, especially when it’s free, is good anytime, but best when it happens in advance of the event, not just during or after.

Around the world we have seen young people fall in love with this music once they are exposed to it. A few will find it on their own; most have to be led. Who will do the leading? I go a couple times a year to the late Tuesday night jam at Mona’s on New York’s Lower East Side. Not only is the core band (a quartet) comprised mainly of younger (under 40) musicians, many of those who sit in are still in their 20s, as is much of the audience. The Nighthawks’ regular gig at Iguana (advertised monthly in these pages) has a fair contingent of young patrons, some of whom come to dance.

Bands have to play differently for a dance vs. a concert, even using the same playlist. At dances, extended solos rarely occur because the tunes shouldn’t take more than three or four minutes to play. Longer than that fatigues the dancers. But there are opportunities to attract new audiences either way, just not both at the same time.