In 1910, a new phonograph company emerged in Boston, it was founded upon a few generous donations from local elites. Their donations set the company in motion. By the early part of 1911, they were established as the Phono-cut company, the first commercially successful vertical cut label in the United States. This company employed Fred Hager as their bandmaster and music director, which proved rather trivial, as he had to gather new musicians from the area for the studio band.

At the same time, Hager’s old flame Justin Ring was also in Boston, but for an entirely different reason. Ring had just married into a prominent Boston musical family. Their name may not be so familiar to us now, but within the old Boston music scene, they were well known. Even while they were separated, the “inseparable” Ring and Hager ended up in Boston at the same time.

In 1910, Hager left the publishing business with J. Fred Helf, as at the beginning of that year a fire destroyed their building. Devastated by the loss, he quickly accepted an offer to work in Boston for the new Phono-cut label. The logistics of this job are still not entirely understood, as Hager lived in the Bronx, but he had to abandon a majority of his friends and family to keep employed in Boston. By then he had a wife and three daughters (and aging parents) at home, so even with this he would have to have spent long periods of time away from them while in Boston. Once there, he picked up a new crew of musicians. Hager was a classical musician at heart, so he knew many symphonic musicians all over the east, but not nearly as well as Justin Ring did. He certainly must have known this, so it is possible that he reached out to Ring to gather some local symphonic talent.

Ring spent some time in Boston between 1910 and 1913, as there are several candid family photos that survive from his papers taken at his in-laws’ home there. In 1909, Ring married into the Patz family, a large musical family whose roots go back into the days before Gilmore’s band and bred many musicians of the Boston Symphony. Gustav Patz, the old man (Ring’s father in law) was a famous bandleader and Boston Symphony musician who led some of the most prominent regimental bands in Boston during the civil war. So, Ring knew he was marrying up in the music world. Elsie, Ring’s wife, helped integrate and introduce her hubby to all the musical crowd of Boston, including the symphony boys. It was likely not long before Ring got word of all this Phono-cut nonsense Hager had gotten himself into.

Ring at this time was spending time away from a majority of the work he had been doing for years. He wanted to spend time with his new family, and slow down a bit, away from Hager and the rest. It is unclear whether Ring was involved in any way with Phono-cut, but he may have helped furnish the BSO musicians who ended up recording for Phono-Cut.

By the middle and end of 1911, Hager had gotten a pretty solid band and orchestra together, and made sure to bring emphasis to the fact that he had BSO musicians on his records. One particular artist featured on the Phono-Cut label was the “Longy club.” This was a significant group of French and German woodwind masters put together by the master Oboist Georges Longy. Ring was said to have been a very accomplished woodwind player, so it would seem inevitable that while in Boston he became acquainted with the esteemed Mr. Longy. 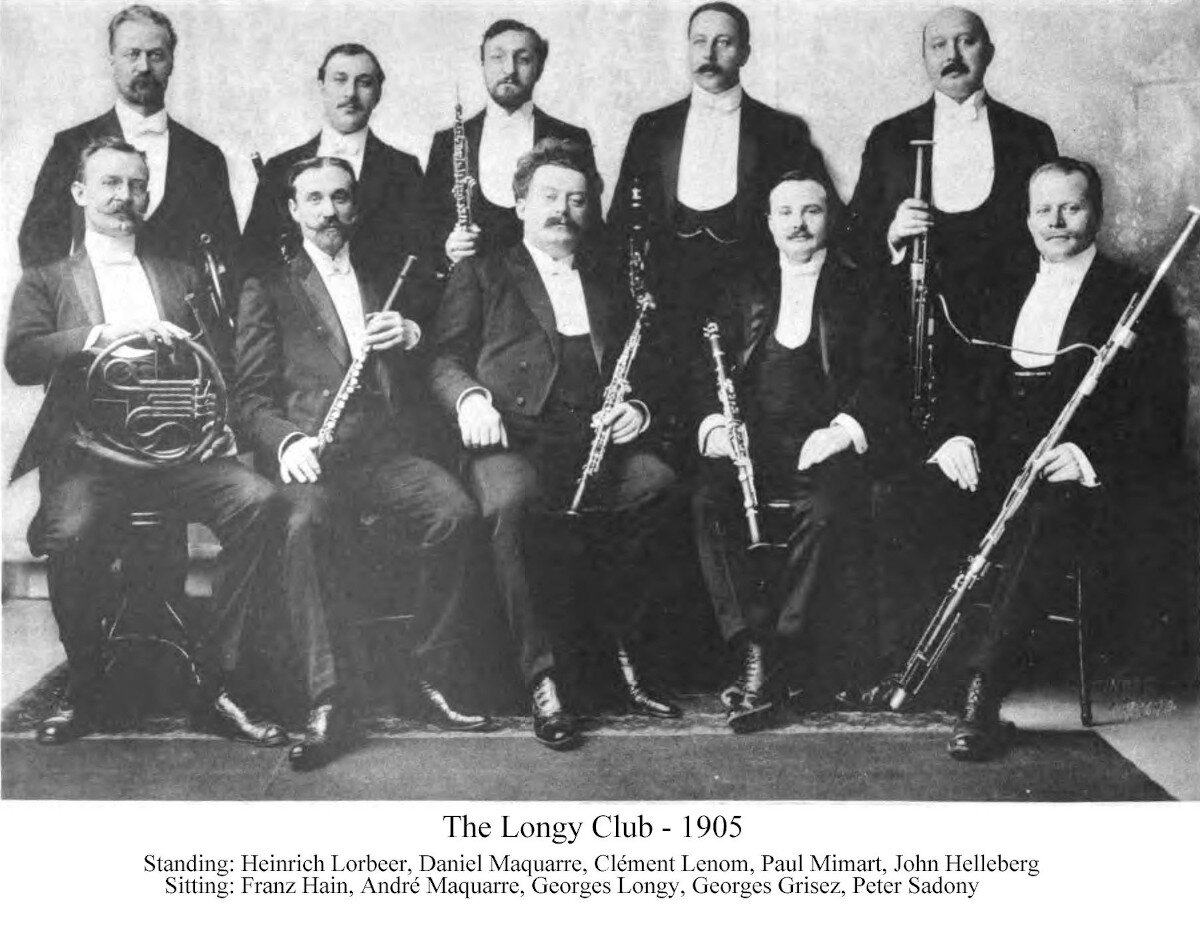 Soon Hager became very well acquainted with the BSO musicians, probably attending many performances while there. Hager being the well known aggressive networker, he obliged with nice evenings and meals with the section leaders. As the Phono-cut label seemed to be carrying on rather well, Hager was encouraged to spend bunches of money bribing these men. One section published in Talking Machine World indicated that Hager bought a fine bearskin rug for one of the BSO section leaders.

While there, Hager also formed connections with the rag tag management of the Boston Talking Machine Company (the formal name for Phono-cut), specifically George Cheney. Several issues of Talking Machine World in 1911 and 1912 include write ups on the shenanigans of these two, one featured a playful photo of them grinning while in a car. By the middle of 1911, Hager thought it a great idea to host rugged beefsteak dinners with large groups from the Phono-cut staff and BSO.

These dinners were said to have occurred often, and the description of them would easily make anyone laugh without any historical context, here is a section from early 1912:

As each man entered he was handed a card on which was a representation of a big colonial doorway with the inscription “The latchstring is out,” and across the top, “Welcome to Our Home.” Then a big white apron was tied around each man and he proceeded down stairs into the rathskeller where he was handed a tin cup which he hung from his apron strings. The feast was served in the most impromptu and most informal fashion and such luxuries as plates were dispensed with, so were knives and forks. The service was liberal and frequent in both the wet and dry varieties…

Mr. Hager explained the purposes of the gathering, which was that all the “boys” in the business might get better acquainted, that a fine feeling of good fellowship might obtain between them all. Everybody had a good time, so good in fact that it is likely another “beefsteak party” is likely to be enjoyed in six or eight weeks’ time. Some of the boys in their exuberance forgot to take off their aprons when they departed, and they couldn’t see why they were the objects of so much curiosity when they took their trains. Some of the boys are wondering who the two were who caused such merriment when they went into the South station that night.

Certainly humorous for even the unknowing reader!

Ironically later in the same edition of Talking Machine World, it is stated that Hager and Cheney resigned from Phono-cut a month and a half later. Hager couldn’t have gotten out of Boston faster, it seems that right after he skipped town the real trouble began for Phono-cut. While Ring was sitting quietly at home with his family and dog, Hager was receiving frantic word from his former employer of dozens of lawsuits to the management. Turns out that the company did not deliver on all the stock that jobbers bought, as vertical phonographs were not yet popular and people were not willing to buy them, so then it was time to pay up. This did not end well for Phono-cut, as they quickly went bankrupt, but Hager left just in time to return to New York and to Ring, who by then was willing to begin working for the phonograph once again.