Most planners of jazz festivals make decisions based on their budgets. Then, grants, sponsors, ticket sales, and venues have to be considered. Once the decision-making is resolved, other problems might occur. For example, Elkhart has a strong population of Black citizens. After the first day, I realized during the first festival in ’88 that I had more Black musicians on the stage than in the crowd. I made a quick call to the ministers of two of the largest Black churches and invited them to bring their choirs to the festival in ’89. When they performed that year, I gave all of them free tickets to the festival, along with tickets for their families. It worked!

To get younger musician involved in the festival, I asked several high school band directors if they were interested. Most of the directors who had jazz bands had their players tune in to my jazz program and that helped. The biggest problem related to the fact that the jazz festival is held several days past the end of the school year. That’s when we agreed to using the high school jazz bands, but, of course, some of those students were not available because they had other plans for that time.

Over the festival years, we were able to use the high school big bands a couple of times. That involved from 60 to 70 band members. They played on Saturday morning and early afternoon. I gave them all musician passes as well as regular tickets to their parents. Later, when we used the high school small groups, we did the same thing with tickets.

After 26 years of bringing in some of the best jazz players in the country, I decided to see if some of them would want to come to Elkhart a couple of days before the jazz festival to teach the students whom the high school directors selected. A couple of directors sent most of their band members! I’d need at least eight teachers to teach trombone, cornet/trumpets, tubas, reeds, piano, bass, drums, and vocals.

My school administrators okayed our use of Central High School classrooms. During the second year we started there but had to move to Memorial High since some work was needed for Central’s rooms. It worked well at both schools.

The high school band teachers were able to send as many students as they wanted with our chosen workshop teachers. Rather than anger some of the musicians, I called musicians whom I thought might have an interest in teaching our students. I made it clear that I would add $800 to their contracts if they agreed to do the teaching. Obviously, I made a lot of telephone calls. Some were interested but they were too busy.

The teachers were told they could present whatever they thought the students would need. They only had two days but most students found out a lot more about playing in the jazz style. The musician teacher determined whether the student could cut it with the festival bands. We hoped to have at least a couple for each venue and wound up with at least a dozen both years for the brass and the reeds. Piano, bass, and drums averaged around five. 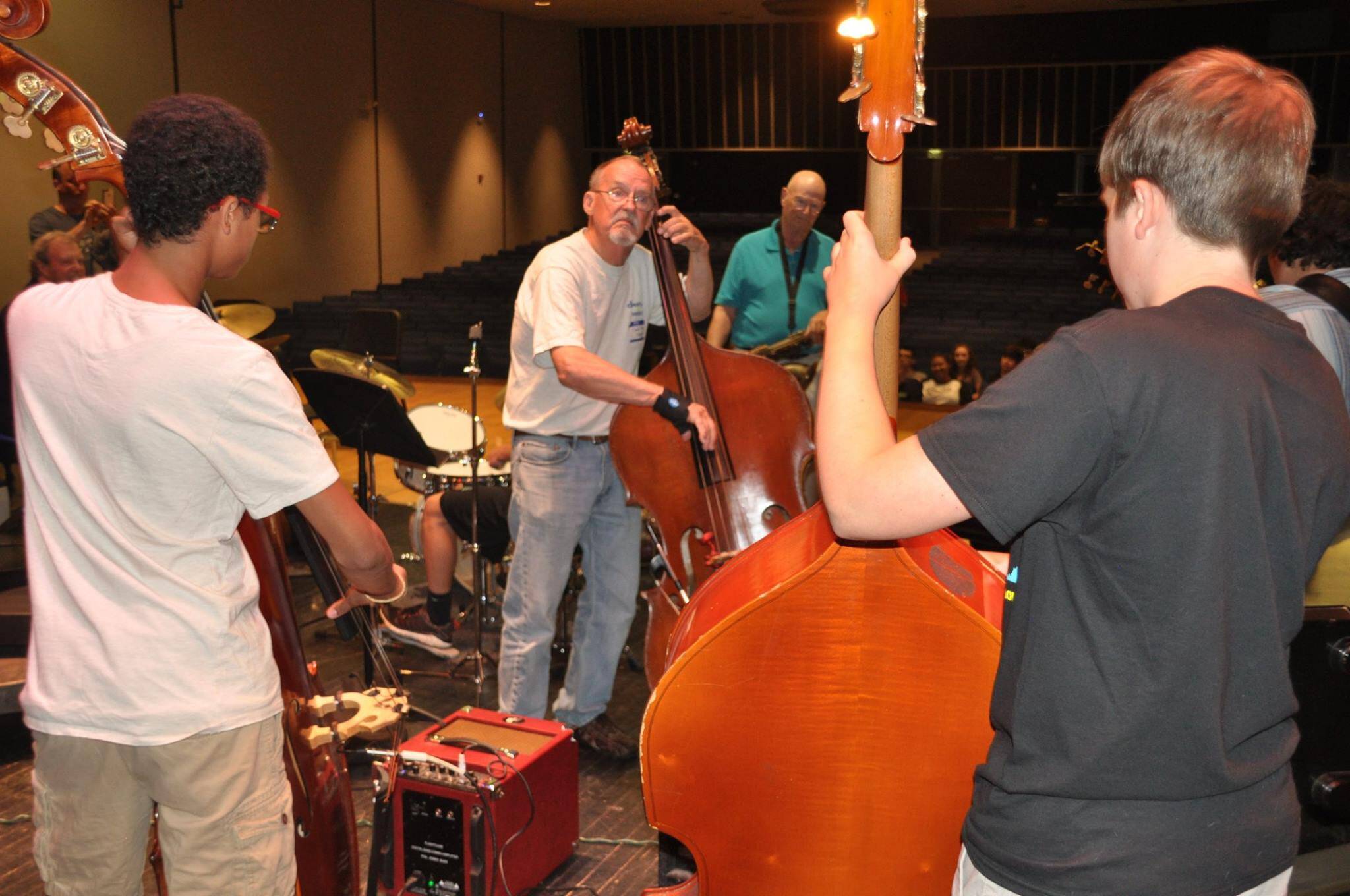 In case you’re wondering, the choice of Hoagy as the name of the workshop was mine. Hoagy Carmichael’s many contributions to Indiana are well-known. I checked with Hoagy’s son, also a Hoagy, and he welcomed the idea. Hoagy, Jr., didn’t follow the same path as his dad’s but Junior made his efforts for his first love: fishing. He worked and lectured about fishing over the years. He told me he had plans for a trip with his family to Bloomington and Indiana University. He was unable to attend our workshop but did contact me to arrange a visit with me when he heads our way. When he heard how successful the workshops were, he was very pleased and told me his dad would have been delighted.

The workshops had a short history of two years, mainly because I retired from managing the Elkhart Jazz Festival after the workshop’s second year. From my experience, I believe festival workshops for jazz band students would be successful and very helpful. I’ll be pleased to assist anyone who might want to give it a try.

Note: Google “Hoagy’s Workshop” and you’ll find more info. One entry has three very good pictures of three jazz bands, and each one features one of the graduates of the workshop.