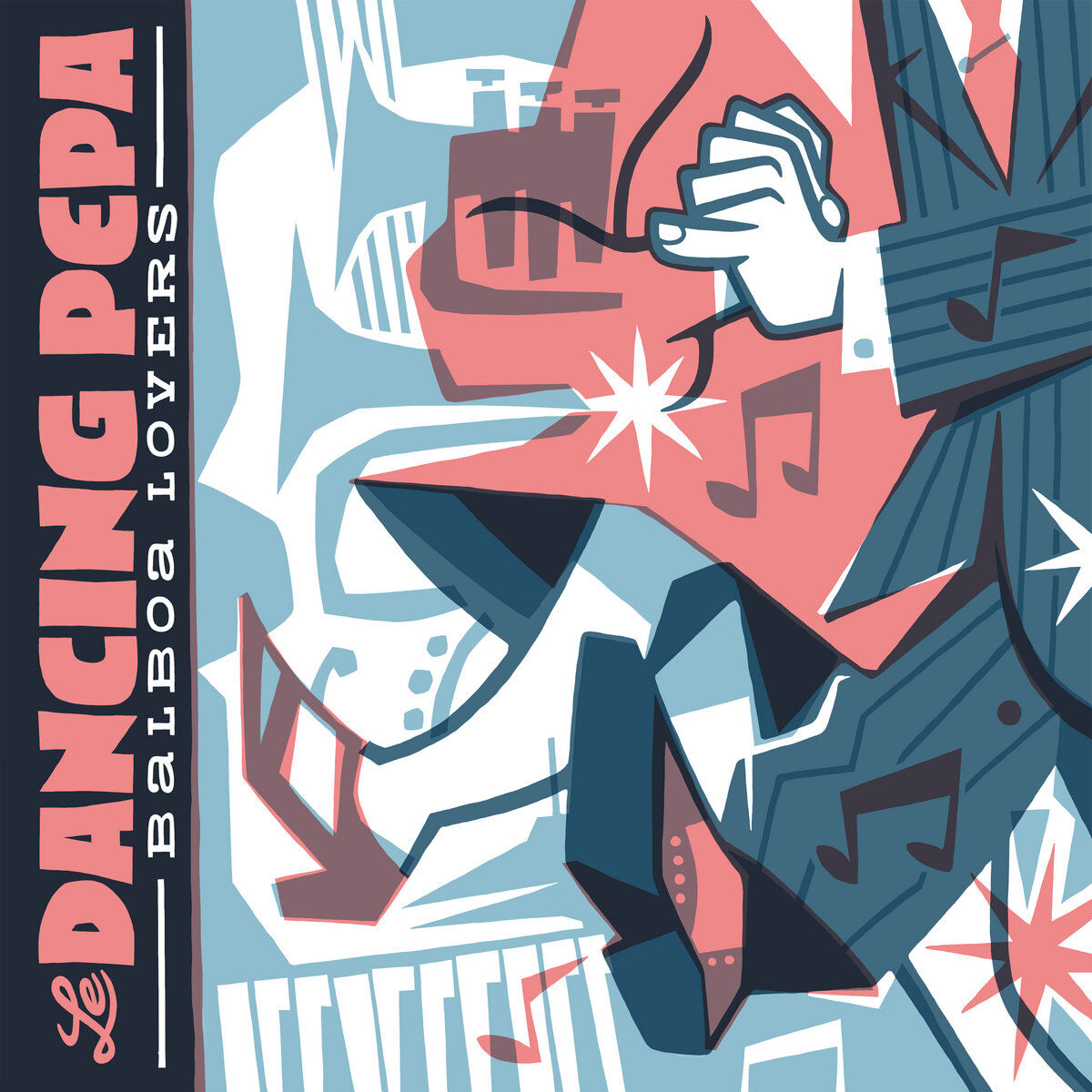 Listening to Le Dancing Pepa’s latest album while doing the dishes, I wasn’t won over. The pace was frenetic, the hooks not memorable, the harmonies confusingly quirky, dissonant even—was that trumpet even playing in the same key as that sax? I got the distinct feeling that dancing to this one would be frantic and unsatisfying. In summary, I didn’t like it the first time. But oh—to continue quoting Julia Lee’s dance floor classic—did it grow on me.

When the Spanish six-piece released their last full-length album just one year ago, I hailed them as a band that truly knew swing dancing. The arrangements were ideal, giving plenty of scope for dancers to explore and express themselves. There was a good mix of tempos, catering to both the beginner and the expert.

Balboa Lovers ups the challenge for both listener and dancer, boosting the speed and peppering every song with chords crunchier and spicier than a seafood paella. On sitting down and listening to the EP a second time—more carefully and on my beloved Bose headphones—I started to appreciate it more. On approaching the piano and trying to pick apart what the band was doing, I began to fall in love.

Opening track “Balboa Rhapsody” confronts the listener with an unspoken question: “But do you really like jazz?” Kicking off with what sounds like “Three Blind Mice” played by pianist Eduard Marquina in two keys at once (a G major melody over a C blues bassline) is a bold move, but one which resolves quickly into a more ear-friendly minor groove.

“Ducks Rhythm” presents the listener with a similar challenge, featuring crunchy trumpet (Fede Crespo) and sax (Joan Saldaña) lines separated by just a semitone—a theme echoed by Marquina’s keys. It’s a motif that is perhaps slightly overused, apt to leave the casual jazz fan feeling as though the brass section isn’t in tune. But while the dancer in me worries that it might distract, the jazz fan in me thinks it’s just joyfully quackers.

“Train from Chattanooga” proves once more that arranger Maquina knows how to borrow from the cannon without simply copying it. (See also snatches of “I’ve Got Rhythm” in the previous track.) Other than the title, only the repeated melodic half-line “satin and lace” hints at this tune’s inspiration. It makes a suitable sequel to the Glenn Miller hit—a sort of spiritual return journey, if you like. The brass trio—also featuring Paco Soler’s trombone—does sterling work here too. Saldaña’s sax work stands out, as does a catchy, three-instrument, three-octave riff shared amongst the players.

There’s perhaps less to say about “Softly as in a Morning Sunrise,” “Bouncing Bubble,” and the awkwardly-named “Kinda Dukish Rockin’ in Rhythm” (which ends with a very satisfying, tuneful piano thwack), other than that they are all interesting and beautiful arrangements. “Softly…” is when Marquina really releases the brakes, taking off on a truly virtuosic solo which ends with a full-keyboard, two-handed glissando. And that arpeggiated film noir chord at the track’s end is just the best.

Is this a record I would dance to? I don’t know, but I certainly don’t have the Balboa skills to keep up with it right now. But it’s certainly one which rewards repeat listening, and I see it being in my rotation for some time. It’s one of those discs I wish I could own on vinyl—with six equally satisfying tunes on the B side. So put this magazine down, head to their Bandcamp page, buy it now, and get the rest of Le Dancing Pepa’s discography while you’re there.