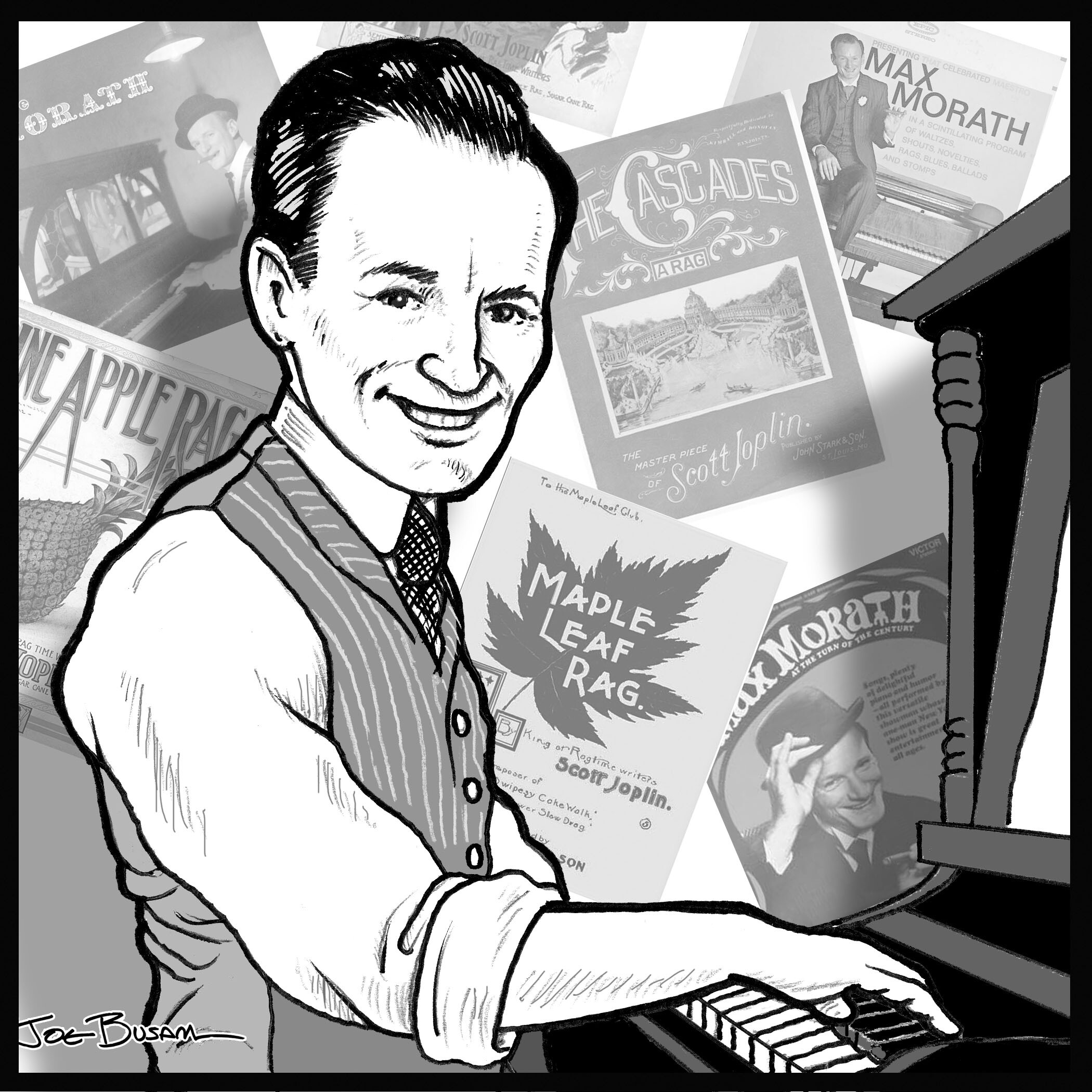 We are delighted to extend birthday greetings to ragtime scholar, polymath, and entertainer Max Morath, who turns 95 on October 1st. Max was born on that date in 1926 in Colorado Springs, Colorado. Max’s mother was a piano accompanist for silent films and introduced him to the infectious rhythms of ragtime, augmenting his more formal music instruction.

After graduating from Colorado College with a Bachelor’s degree in English, Max began evangelizing early 20th century music and popular culture in a career that included radio, television, stage, and nightclub work. From the late 1940s onward, he has revived and celebrated music and theater which had been dismissed as “old fashioned” in the Atomic Age.

At Cripple Creek and Durango, Colorado, Max acted as pianist and musical director with melodrama companies, and soon expanded his interests to include the panorama of American pop culture from the 1890s through the 1920s. He particularly favored the ragtime of Scott Joplin and Eubie Blake, as well as compositions by the Gershwins and Irving Berlin.

Max Morath was at the very head of the vanguard of a revived interest in ragtime, and emphasized the genre’s influence on everything that came afterward: “Scorned by the establishment as ephemeral at best, trashy at worst, ragtime was the fountainhead of every rhythmic and stylistic upheaval that has followed in a century of ever-evolving American popular music.”

Max can be said to have launched public television as well as the ragtime revival in 1959 and 1960 with NET’s The Ragtime Era, followed by The Turn of the Century. He pioneered in exploring the creative possibilities of educational TV.

With his many television appearances, theatrical presentations, recordings, and books Max Morath has spent the subsequent decades as a one-man crusade for the appreciation of ragtime and other neglected gems of early 1900s culture: the songs of Carrie Jacobs-Bond and the writings of Finley Peter Dunne, aka “Mr. Dooley.”

More recently, in 2015 Max and Moss Hall won first prize at the Nashville Film Festival in the category “Music-Inspired Drama” for their screenplay, Blind Boone. We are indebted to Max Morath for the joy and music he has provided us. Happy Birthday, Mr. Ragtime!