Paolo Alderighi and Stephanie Trick • Two For One 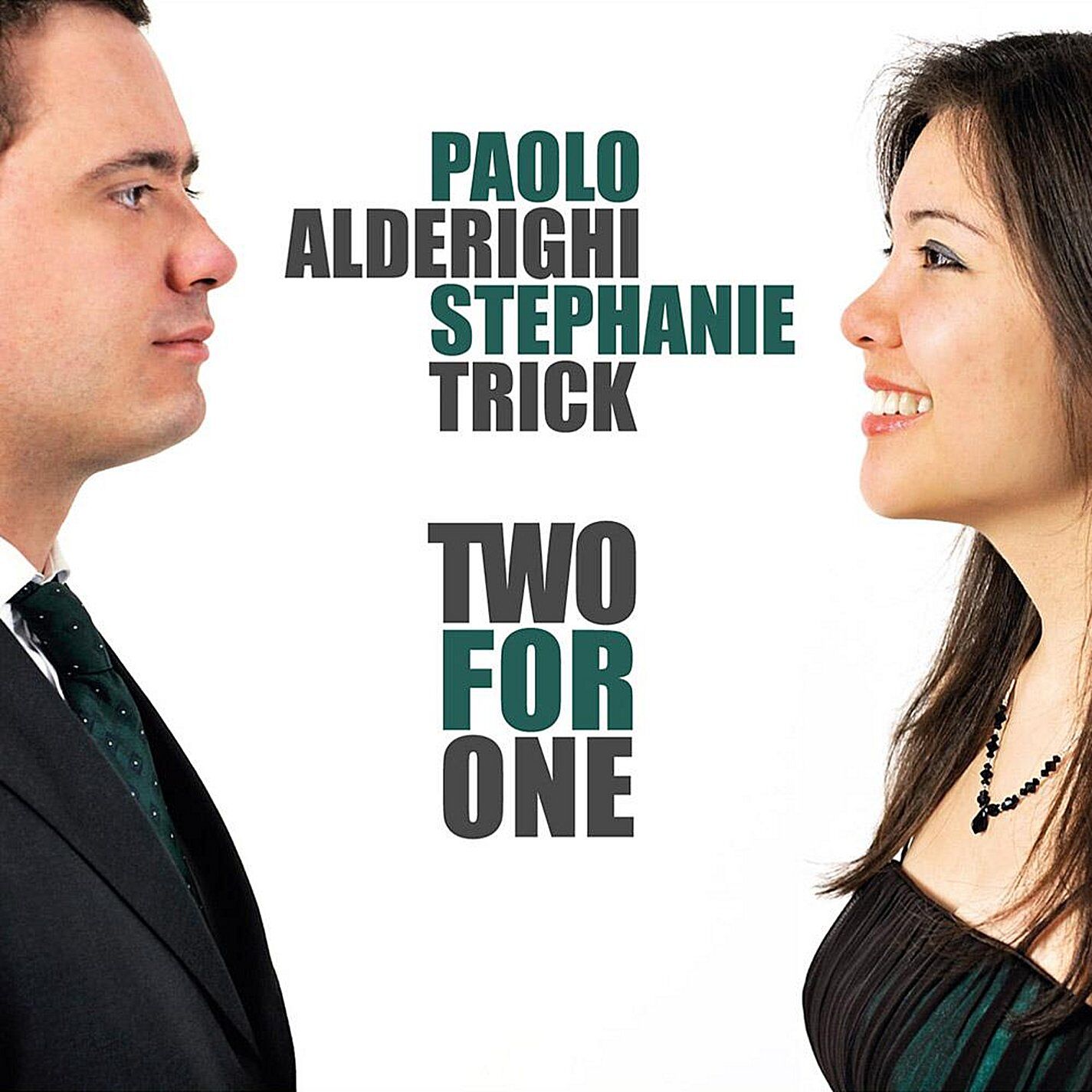 Paolo Alderighi and Stephanie Trick, both accomplished stride pianists, first met in 2008 at a stride summit weekend in Switzerland. They kept bumping into each other at various international jazz events (he is from Italy; she is from St. Louis, MO) and soon began experimenting with some classic jazz piano stylings using four hands on a single keyboard.

As can be imagined, coordinating the expansive pianistics of two stride players onto a single set of 88 keys was initially a challenge, but they have succeeded in working out some very successful arrangements. Alderighi’s influences were Erroll Garner, Earl Hines and Teddy Wilson, while Trick’s were Fats Waller, James P. Johnson and Albert Ammons. Yet, they have found much common ground, as this debut album attests.

The sound is crisp and intimate, the liner notes give a bit of the history leading to their collaboration and the photography on the package is classy. I was a bit disappointed not to find any clues as to how they divided the treble and bass chores, but a quick visit to YouTube showed that they take turns, with Trick playing the treble more often on the posted video clips. However, it’s a testimony to the equality of their talents that the combined sound doesn’t really vary from one track to the next.

This is not a ragtime album. It is a collection of pop tunes from the Swing Era, with a dollop of ragtime (Temptation Rag, Bink’s Waltz) and blues (St. Louis Blues) for seasoning – all done using clever stride arrangements that suit these two performers very well. Stephanie Trick has stolen the show at many ragtime festivals with her gentle persona and her lightning-fast accuracy, so this CD will be of interest to her many fans. Paolo Alderighi, while a new name to many of us, proves that he has equal chops, helping to make the sound of four hands on one piano enjoyably stunning. Long may they make beautiful music together!

Two For One
Paolo Alderighi and Stephanie Trick, piano

I Never Knew / The World is Waiting for the Sunrise / ‘Deed I Do / Temptation Rag / St. Louis Blues / Bink’s Waltz / Exactly Like You / I’ll See You in My Dreams / After You’ve Gone / Begin the Beguine / Charleston / Taking a Chance on Love / Runnin’ Wild / We’ll Meet Again.