Recently, I have been considering the relationship between ragtime and the railroads more intently than ever.

First, because Marcello Piras wrote to inquire about railroad service to one of the known Joplin performance locations. He is in the midst of some important research and his inquiries always stimulate my eagerness to see his work when completed.

My second stimulus is the fact that we went off of Daylight Saving Time November first. The time changes twice a year are my bane, and I am semiannually incredulous that we continue to shock our biological clocks twice a year to preserve a lobbied perception that it is good for the economy. Having taught elementary school, I know how the time changes negatively impact preteens, for example. 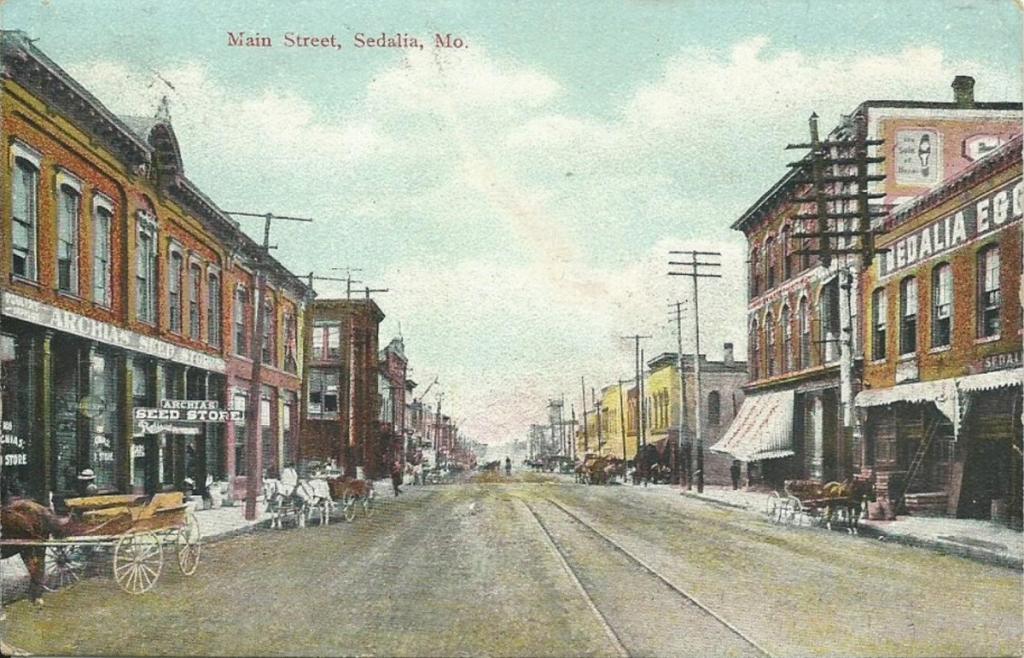 But back to ragtime and the railroads. There has always been the question about what led Scott Joplin to use Sedalia, Missouri, as a base during his formatively creative years? We may never know of any actual attachments beyond his friendship with Otis Saunders and the latter’s connection to the city. However, the fact that Sedalia was served by two national railroad lines by the 1890s must have been a key attraction. Though he had been in larger cities with hub-like rail service, he would not have stood out in those places as he did in Sedalia. Race relations were probably also more conducive for an African American musician in Sedalia compared with larger cities then.

As access to searchable newspaper archives seems to increase exponentially, more is known of Joplin’s extensive performance travels. In fact, from his early 20s, he appears to have been well acquainted with railroad routes and schedules.

In the early days of the nation, towns, and cities grew up next to major rivers. The inland rivers and man-made canals were the first major “highways” of America. However, as the great emerging rail system evolved, cities like Sedalia were build along the rail routes not major rivers. Railroad transportation expanded quickly from the Baltimore and Ohio in 1830 to the Rock Island Mississippi River Bridge crossing in 1856. The transcontinental railroad was completed in 1869. 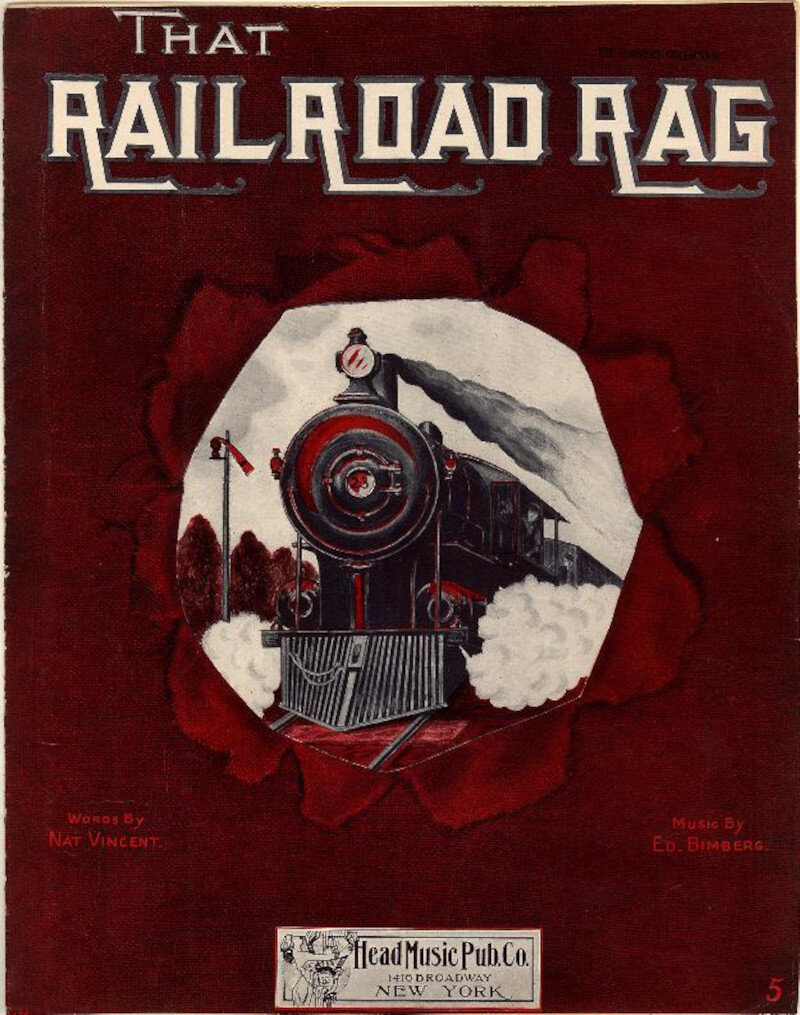 The rail lines most important to Scott Joplin’s career were the Missouri Pacific (MoPac) and the Missouri, Kansas, and Texas (MK&T or KATY) systems. George R. Smith actually moved his town to meet the Pacific railroad in 1860 and the first passenger train came through January 17, 1861. With the completion of the Transcontinental System, access to the west was opened. In 1870, Sedalia gained a second passenger system when the MKT arrived. It had taken over the southern routes of the Pacific system and further linked the city with the Southwestern states.

Thanks to these major railroads going through Sedalia, the name is used as a place name for 12 other towns across the U.S. and Canada. (Though Sedalia, KY claims the name came from a boyfriend of the postmaster’s daughter who was always declaring he was going to “see Delia.” There was a Delia Harrell there at the right time so make that 11 other towns.)

By the 1890s, if he had the fare, when Joplin began performing on the road, he could have traveled to nearly any populated part of North America. That written, we can only imagine the unimaginable restrictions that were placed on an African Americans traveling in those days. 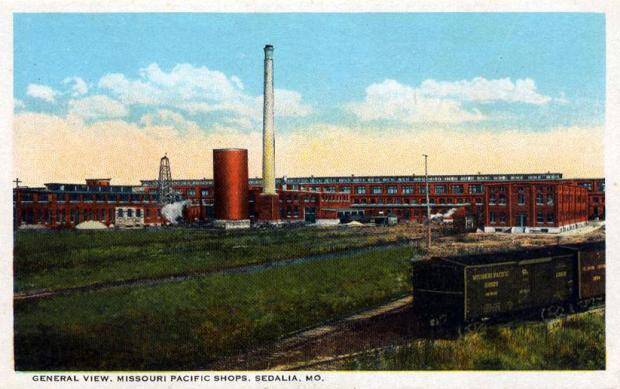 I also have wondered if Joplin would have had an extensive correspondence to work out contracts and logistics. As yet I know of little if anything that has been found so far.

As for time and the railroads, I am reminded that our modern time zones formalizing “standard Time resulted from intercontinental railroad travel and the need for time uniformity in creating train schedules. Our modern time zones were adopted by the railroads in 1883 and Congress mandated Standard Time in 1918 also allowing for Daylight Saving Time.

The field of Ragtime Music benefits from the diligent work of amazing professional and amateur historians. Last month’s TST included the research of Konrad Nowakowski on Brun Campbell. This month I would like to report equally thorough work posted by Sue Attalla on November 2, 2020, “This and That: A Cultural Blog.” Her paper is titled, “From King of Ragtime to Prince of Music: A Musical Con Man.” She has diligently researched the Scott Joplin impersonator, C.W. Welburn, by carefully tracing his cons through newspaper accounts. She not only exposed his Joplin deceit but at least one other as well. It is a great read exposing this impostor. Sue Attalla’s blog can be found at