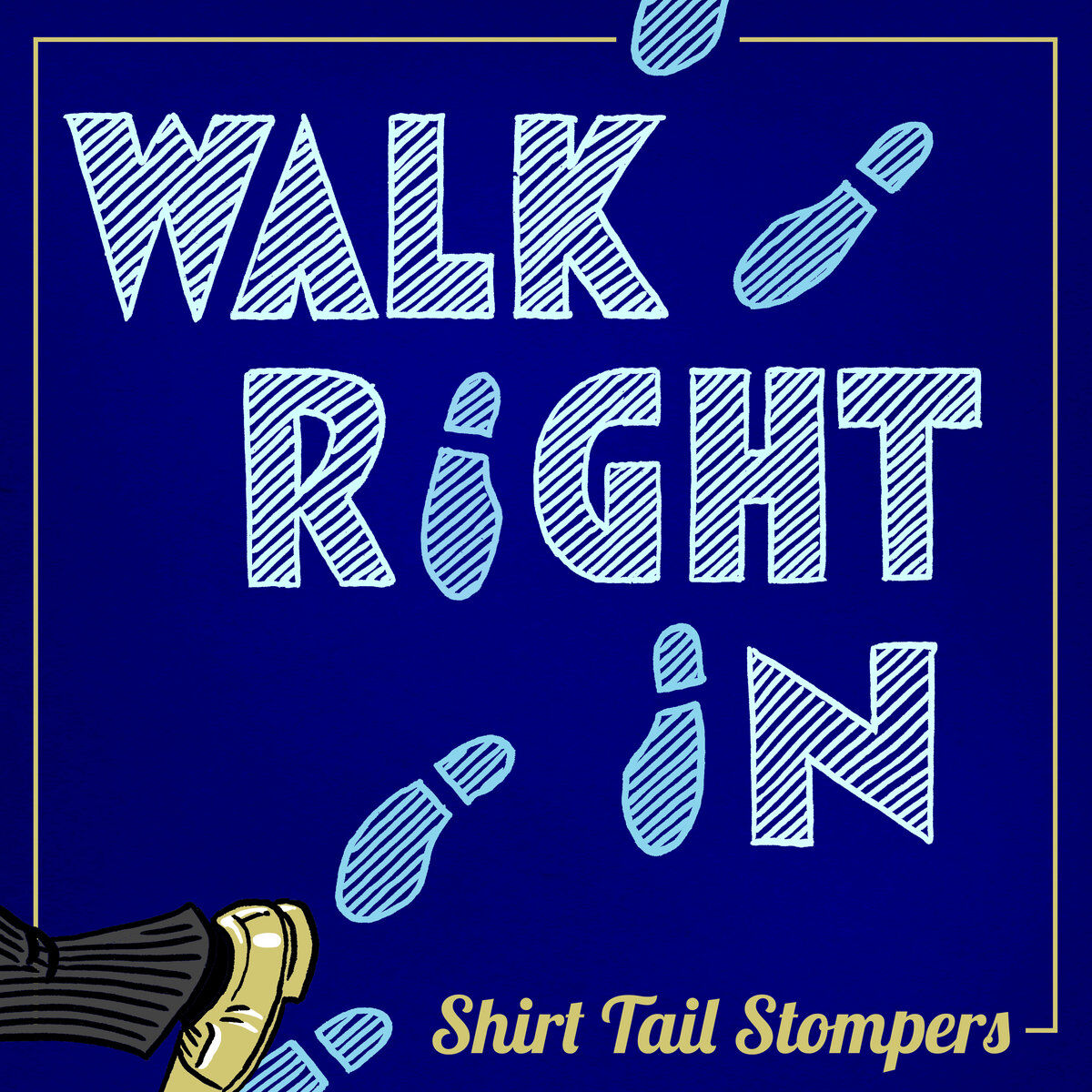 Sometimes you want something a bit different—a fresh take, a quirky arrangement, an original number. Other times you just want a solid classic done well. And occasionally you want it all—no compromises. On those occasions, reach for the Shirt Tail Stompers and enjoy “the hottest in London’s vintage jazz music, prohibition, swing dancing and cabaret.”

Walk Right In is their new album, released in late December—and it made for a merry Christmas indeed. For it came bearing gifts of big band belters, rollocking R ‘n’ B, and an original track to top it all off. The musicianship and production quality are no less than one would expect from one of Britain’s best swing outfits, with such esteemed players as pianist Luca Filastro, trombonist Callum Au, and sax man Duncan Hemstock—each one a bandleader in his own right. Backing them up is Nicholas D. Ball, and what that man doesn’t know about jazz drumming ain’t worth knowing.

Stride sensation Filastro is the star of this show, for my money. That might be to do with my well-documented bias towards the keyboard, but I’d like to think it owes at least as much to a winning combination of delightfully deft comping (e.g. “Bug in a Rug”) and the occasional head-spinning solo (e.g. “Just You, Just Me”). But every man and woman brings their best to this digital disc, with not a dud performance between them.

Take “On the Sunny Side of the Street”, perhaps my favorite standard of all—it has a catchy melody, a cheerful disposition, plus it was the first dance at my wedding. It’s a track which will always draw me to an album—and a barometer by which I will always judge it. (I feel the same way about mushy peas—it’s the puréed pulses, not the fried foods, which make or break my opinion of a chip shop.) Fortunately, the Stompers’ take is an absolute belter.

Filastro’s subtle piano lays a steady foundation for Sarah Oschlag’s brilliantly syncopated vocal treatment, which is reminiscent of the Nat King Cole Trio’s rhythmically gymnastic version. An instrumental interlude features a catchy brass riff which amps up the excitement with every repetition, before the track peaks with another Oschlag verse. I’ve heard a lot of versions of this song—several as good as this one—but I’ve never heard it done better. (I’m curious to know how well they do mushy peas.)

Other highlights include “Walkin’ Blues,” a pretty faithful recreation of the Fluffy Hunter hit which really needs no embellishment, featuring another impressive Oschlag vocal. Then there’s “Your Feet’s Too Big,” the Fats Waller classic which barely even stretches Filastro’s fingers, and on which Hemstock’s Aussie-tinged singing is a cartoonish joy. “9:20 Special,” “Stompin’ at the Savoy,” and “It Had to Be You” provide plenty of well-loved, steady-paced footwork fodder, making this one a surefire hit for Lindy and Balboa dancers.

So if there’s a jazz-lover in your life whose Christmas gift you forgot—or if you like them enough to get them another one—then head to Bandcamp and send them a copy of Walk Right In. At just over $10 for eleven smashing tracks, it’s a holiday bonus from the Stompers to all of us.